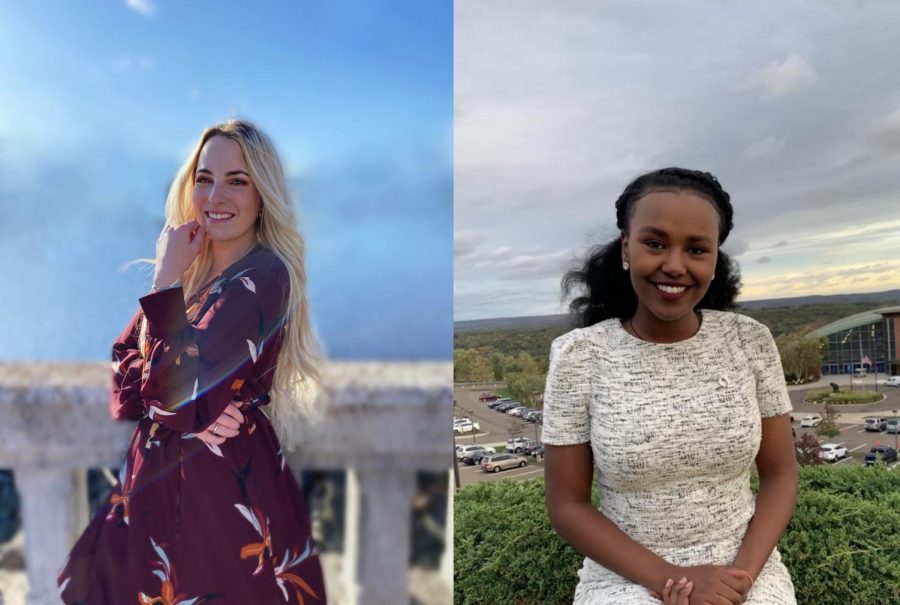 Barbora Hriňáková, a second-year 3+1 finance major and Tina Asfaw, a sophomore finance major, are running for vice president for finance for the Student Government Association (SGA).

Hriňáková was specially elected in the fall 2020 semester as vice president for finance after Glenn Adams stepped down from the position. She is running again and said she plans to continue working closely with student organizations to make the changes they want.

“This position is one that has been kind of up and down lately,” Hriňáková said. “So there’s definitely a need for consistency.”

“Even this past semester, I was always open to discuss like anything they wanted,” Hriňáková said. “For me, it’s having the conversations and seeing what the easiest thing is for them and what would be the easiest way to get access to their money and putting on events.”

Asfaw, a specialized senator in the multicultural and identities position in the SGA, said she decided to run because she felt the position could be a platform to speak up about initiatives she has.

“One of (the goals I have) is college affordability, so different scholarships that are available to students on campus,” Asfaw said. “My second goal would be making partnerships with local stores to make the financial process a lot simpler.”

Asfaw said her experiences working in finance for other student organizations would prepare her for this role.

Asfaw said that for the upcoming school year, she wants the SGA to focus on being as accessible as possible.

“I feel like there’s a lot of good that can be done by SGA on campus,” Asfaw said. “I want to help out the multicultural communities on campus.”

Update: As of 8 a.m. on Tuesday, April 21, Tina Asfaw was not on the election ballot for vice president for finance.