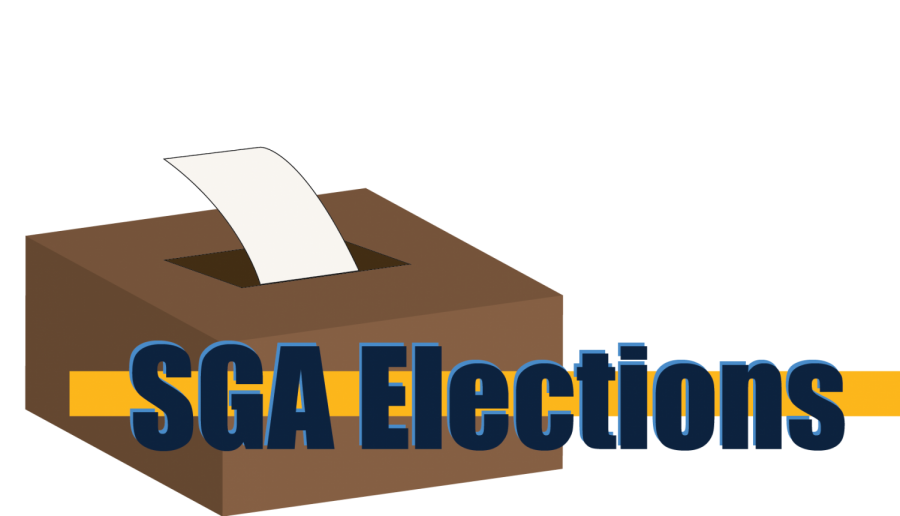 Students run for executive board for SGA

The Student Government Association (SGA) is holding elections for the 2020-2021 school year this Tuesday, April 21, on DoYouQU.

Sophia Marshall, the current SGA vice president, is running unopposed for the SGA presidency. Marshall said her main goals as president include establishing a rich culture of tradition on campus, increasing outreach to the student body and maintaining the efficiency of SGA-administration relations.

Marshall said the upkeep and increase of SGA relations with university administration will benefit the student body as a whole.

Mello said her goals for the position include enriching student experience and the university culture across the board, increasing the interaction between campus organizations and making these organizations more transparent and accessible to the student body.

Three candidates are contesting for the office of vice president for student experience.

Nick Ciampanelli is the sophomore class senator and said he aims to enrich Greek life and multicultural events on campus, bolster student involvement and school spirit and improve relations with Quinnipiac University Alumni.

The second candidate and current liberal arts senator and chairman of the specialized representation cabinet, Jeremy Gustafson, said he plans on creating more opportunities on campus for students, including internships and focus on academic success.

The final candidate, Katrina Manzari, is the current junior class senator. Her goals for the future include enriching extracurricular engagement on campus and Greek life, as well as increasing dialogue and discourse among the student body.

Barbora Hriňáková, the current vice president for finance is running for re-election against Tina Asfaw, the SGA’s multicultural and identity senator.

Hriňáková plans to continue working closely with student organizations to make the changes they want if she is re-elected. In her previous term as the vice president for finance, the finance department of the SGA has implemented a change in budgeting so that it is done per semester, rather than annually — something student organizations wanted, according to Hriňáková.

Asfaw said if she wins she will focus on college affordability and strengthening partnerships with local stores. She said she wants to have an open dialogue with student organizations in order to make sure the student body is well-represented. Asfaw said her experience as chair on the finance committee for Black Student Union makes her qualified to perform the role.

Jamien Jean-Baptiste, an incumbent, is running unopposed for his second term in the office of vice president for public relations. He said his main goal once he is elected is to expand upon the initiatives he has worked on in this administration by getting more creative in terms of increasing engagement from the student body and highlighting other SGA activities that weren’t covered in the past year on social media.

Jean-Baptiste believes his experience in the role will give him an understanding of what the position is like and what he can accomplish. Given that experience, he said he plans to do more than his duties written on the governing documents.

Matthew Forcino is running for chief justice. Given his two-year experience on the Judicial and Ethics Board of SGA, Forcino said he noticed that there is a lack of knowledge about ethics and the governing documents among the members of SGA. He looks forward to ensuring that SGA members are more informed on that matter.

There will be a town hall debate on Monday, April 20, at 9:15 p.m. among the all candidates contesting positions within the SGA.

Update: As of 8 a.m. on Tuesday, April 21, Tina Asfaw was not on the election ballot for vice president for finance.