The Quinnipiac Chronicle • May 21, 2022 • https://quchronicle.com/77541/arts-and-life/the-legend-of-the-boys-who-never-fell-asleep-a-step-back-to-step-forward/ 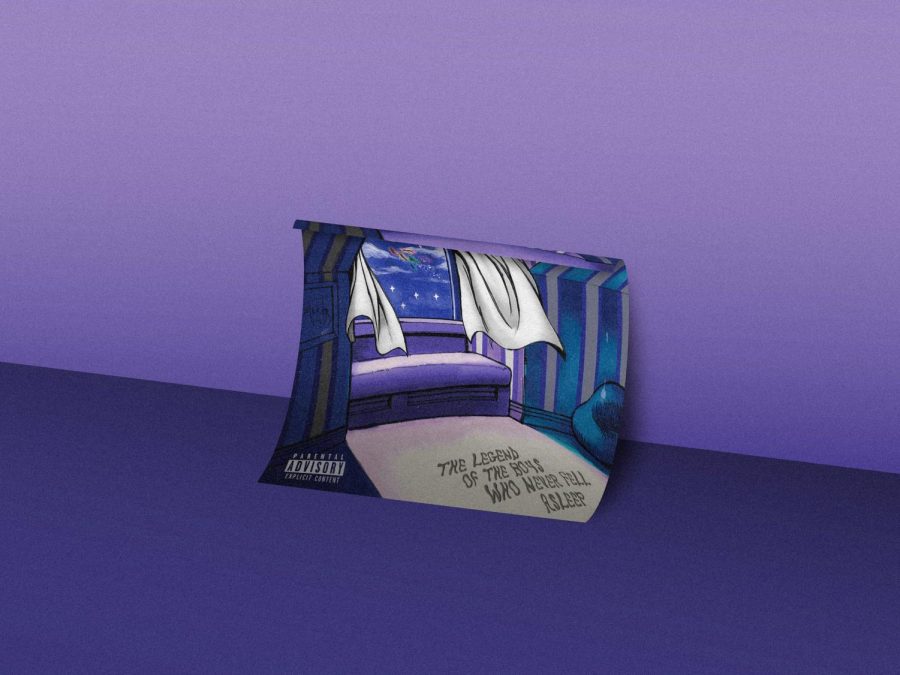 I believe in the idea of a “sophomore slump.” It’s a quite dubious distinction, but many people have been in one before, and an infinite number of people will be in one later. What matters is how one responds.

Just over two and a half years after the release of its first album “Stop Apologizing Start Punching,” the music group Recess Radio dropped its second album “The Legend of the Boys Who Never Fell Asleep” on May 13.

I was greatly anticipating this release from the group, even listening to it before breaking into Kendrick Lamar’s new release on the same day. I’ve been a fan of Recess Radio since my sophomore year of high school. One of my friends introduced the group to me, saying the members were from Wall Township, New Jersey, where our high school was located.

The fact that it was local made the group all the more fun to listen to, almost as if it was my own little secret. I’m not one to gatekeep music I like from others, but Recess Radio made me consider it. I kept up with the group over the past three years, checking out every single it dropped and each detail it put out through social media.

I have enjoyed each of Recess Radio’s songs up to this point, but with this most recent album, I can’t say that it has reached the same mark I’ve seen from the group’s work in the past.

“The Legend of the Boys Who Never Fell Asleep” at the bottom line, feels unfocused. Recess Radio’s first album “Stop Apologizing Start Punching” was essentially a grounded frat-rap collection with a pleasant and laid-back tone. It knew what it was and wanted to be, which rewarded the listener with a great experience. However, the sophomore album accentuates its frat-rap sentiment, doing so in an experimental fashion. This leads to the album feeling almost genreless and uncertain.

I was thrown off by this uncertainty after thoroughly enjoying the album’s first two singles, “Arc of Descent” and “Deep Purple”. Both songs displayed growth from the group’s earlier years and gave listeners a good idea of the theme the album wanted to follow. That theme is the perils of growing older and the social consequences that come with it.

While all the instrumentals throughout the album show that growth, I just can’t get over the sheer immaturity in the lyrics, and at some points, the song titles as well.

The most blatant offenders of this on the album are the songs “Dance Like a Hoe” and “Noods on My Supa Fone.” The lyrics on the latter track, while clever, remain as crude as the group’s bars from when they were in high school, like when the song says, “Wonder if she’ll catch me slipping she can only wish / Love is not a battlefield it’s more like catching fish / So I master bait my pole and I f***ing cast the shit.”

The only non-single track I was impressed by during my first listen was the album’s first song “Bawling.” I was pleasantly surprised by the song’s starry production and was hopeful for the rest of the LP, but as each track came and went, my hope diminished further and further.

The most reasonable recent release I can compare this album to is “mainstream sellout” by Machine Gun Kelly. It felt as if Recess Radio was attempting to go for similar vibes, but did not have the same resources as MGK to achieve them through its music.

I believe the prior statement to be true, but my brain has also told me that the group still has room to improve. I respect the attempt to shake up its’ sound with “The Legend of the Boys Who Never Fell Asleep,” even believing that it is the right way to go. However, more time to mature might do Recess Radio a wealth of good.

I am still a fan, but this album served as a solid reminder as to how even great artists have missteps from time to time. All we need to see now is how the crew can regroup.