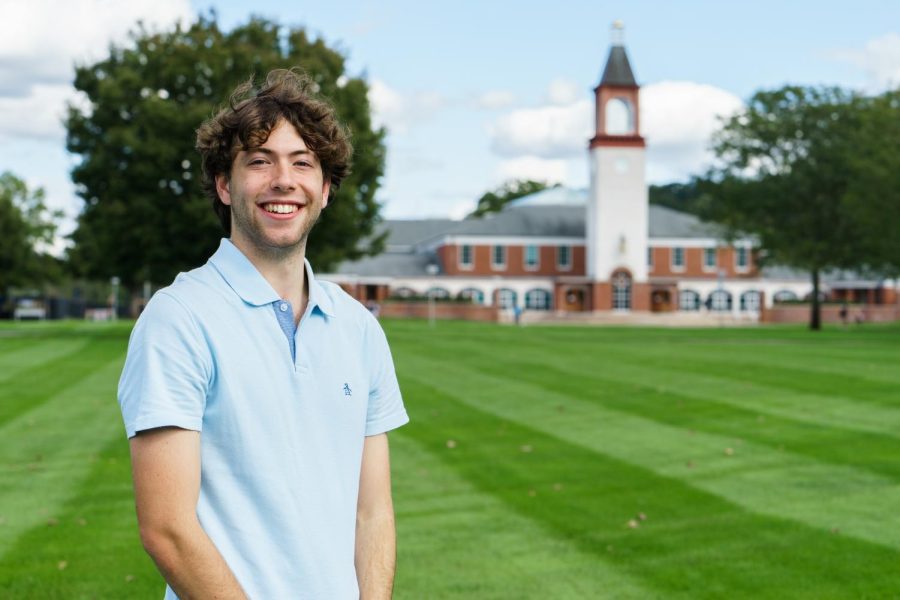 I remember attending Quinnipiac University’s accepted students day. I had no idea where I wanted to go, and despite applying, the school was certainly not on my radar.

Now, three years and countless obstacles later, I can confidently say I made the correct choice.

When I went to that accepted students day, the thing that hooked me in was student media. I spoke with members from QBSN and instantly could not wait to see the possibilities once I attended Quinnipiac and joined the club.

Now, flip to freshman year, and I did attend the first QBSN meeting and potentially the second. However, what I didn’t do is write or call a single game, because I had already found my club, The Quinnipiac Chronicle.

Much like Quinnipiac, The Chronicle was not on my radar as a club. It didn’t even come to my attention until my current suitemate and former Editor-in-Chief Michael Sicoli wrote his first article about Colts quarterback Andrew Luck’s retirement.

From there, I still didn’t jump right in like most of the other freshmen who had joined, I wrote an article or two and that was it.

Then sophomore season came and my podcast life started.

I was the host of the “Chronicle Weekly Report” for the entire year, I dabbled in sports features and even covered a St. Patrick’s Day event for news with former Opinion Editor Xavier Cullen. I also helped run a few meetings, while the boardman, former Associate Sports Editor Jordan Wolff was playing intramural volleyball matches.

I found my groove and pitched the idea to Sicoli for me to become the associate podcast producer. I thought it was my time to take the step to e-board and the title would sound nice alongside “heir to the boardman throne.”

Then, halfway through this fall, I was thrust into the lead role of podcast producer.

This is where I would say I enjoyed myself the most in The Chronicle, but also grew the most as a journalist.

The section now stands at five podcasts, one of which is the first collaboration between QBSN and The Chronicle that I can think of, and I could not be more proud.

Along with producing podcasts, I had the privilege to write my own recurring column in the sports section about the golf team and most importantly, I met friends that have shaped the entirety of my Quinnipiac experience and that I hope to have for a lifetime.

My full commitment to The Chronicle was delayed, but the lesson I learned, other than “do student media because it’s where you grow the most,” is don’t worry if it takes time to find your place, just make your mark once you find it.