If you want to be better, then do something about it 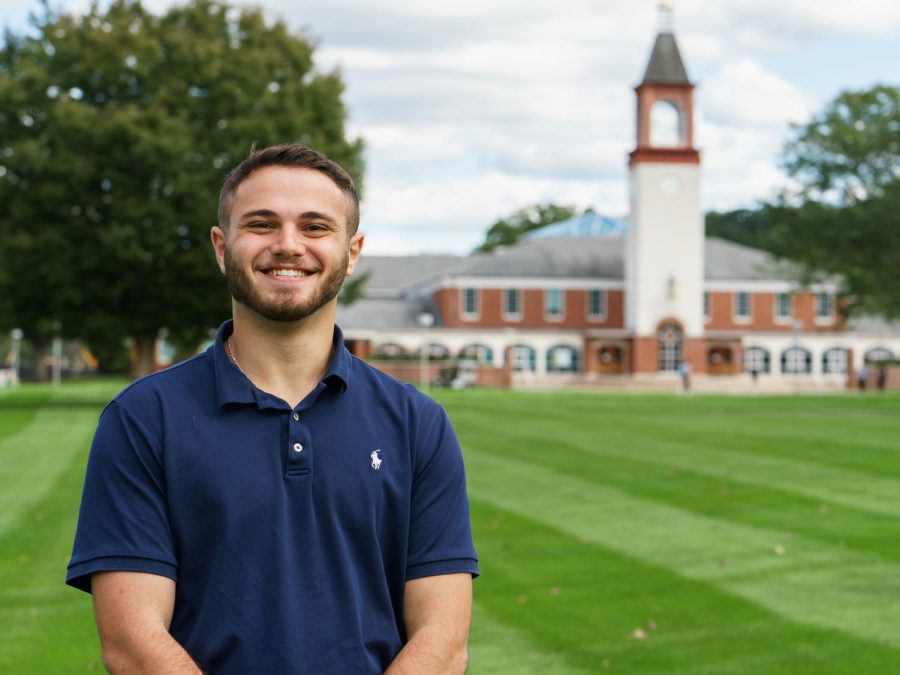 I’ve been thinking about this article for way too long.

This is supposed to symbolize three years of work, memories, stress and teamwork. But that feels utterly impossible because I cannot put to words just this past year as editor-in-chief of The Quinnipiac Chronicle.

It’s second nature to me to give high effort in everything I do. It’s something my parents inspire me to have, and I feel like I’m doing them a disservice by giving anything less.

Being editor-in-chief of The Chronicle this past year took everything I had. From the curse of perfectionism to the stress of living up to the faith 2020-21 Editor-in-Chief Brendan O’Sullivan placed in me, it took a tremendous toll on me. I rarely took time for myself and took every mistake personally with the intent to never let it happen again.

And while I’m genuinely happy with the impact I made, it stands as an important reminder to think of yourself.

Don’t get me wrong; I loved a great deal about being EIC. I appreciate and cherish the trust my staffers and editorial board members placed in me. I loved giving a note on every article, whether that was a tip on how to get the story better or a funny comment because the writing was so clean.

Hell, I enjoyed delivering the weekly newspapers. Even now I still struggle to avoid straightening the newspapers when someone leaves the pile a bit ruffled.

I’ve gotten so much out of being EIC of this organization, a position I never thought I’d hold. I always imagined myself as second-in-command at best. I still remember unwrapping a Gatorade protein bar, seeing the congratulatory email and never eating that bar. It just froze me in my tracks.

More times than I could count I questioned if I was even built for this. From beginning to end that mentality stuck through like a knife in the brain. But now, I got through it, and in the immortal words of Kelly Clarkson, “What doesn’t kill you makes you stronger.”

Growing up I had severe anxiety when my parents asked me to order cold cuts from a deli. Now I’m strolling around and starting conversations with people I wouldn’t have looked twice at even a year ago. It was amazing to lead and work with everyone on The Chronicle’s staff and eboard, creating memories I didn’t even appreciate at the time.

Those not on eboard don’t know the “hardship” of having your name memed to kingdom come. Even before this past year, I remember 2019-20 Editor-in-Chief Bryan Murphy’s exasperated sigh every time someone would crack a joke in a meeting. Or 2020-21 Editor-in-Chief Brendan O’Sullivan’s “Hey man,” every time he needed to transition to a new sentence.

Journalism continues to trend toward freelancing and remote work, which makes me treasure The Chronicle’s deadline even more. It’s unbelievably special to see 23 people push each other for their best while still cracking jokes about some obscure inside reference.

It’s a vibe that matched the excitement of my first year at Quinnipiac University, when things were as simple and stupid as my roommate trying to stand on a disconnected bunk bed ladder, or a floor-wide effort to make my friend think he was invisible.

All this I wouldn’t have appreciated had I not shot my shot for EIC. It provided much-needed perspective while making me a more confident and prepared writer as I jog toward graduation.

Toyloy Brown III, my original opinion editor who was also my managing editor, helped me be the writer I am today through constant advice and criticism. I don’t know someone with a more steady hand or reliable voice.

To throw it back further, my fellow 3+1 Chronicle members feel like a second family to me. From an escape room icebreaker to commencement on May 14, it’s been filled with drama, laughter, tears and chaos — family things. This obviously transcends 3+1 — everyone I’ve worked with on The Chronicle made my life better one way or another — and I hope they know that.

To former Sports Editor Riley Millette, former Opinion Editor Xavier Cullen, former Podcast Producer Brendan Samson, Lachie Harvey and Noah Epstein, my college roommates, thank you. From first-year insanity to a pandemic-ridden second year and whatever the hell this past year was, I always had a home on campus thanks to the people in it. Working with Millette, Cullen and Samson for The Chronicle provided a dynamic that will never be replicated again. Thank you, lads.

And of course, my parents. I would accomplish nothing and aspire for little without them. I will always work hard to mirror their own hard work, and I pray that I’ve made them proud this past year. Thank you.

My next challenge is coming — I don’t know what — but I know Chronicle’s prepared me for it.