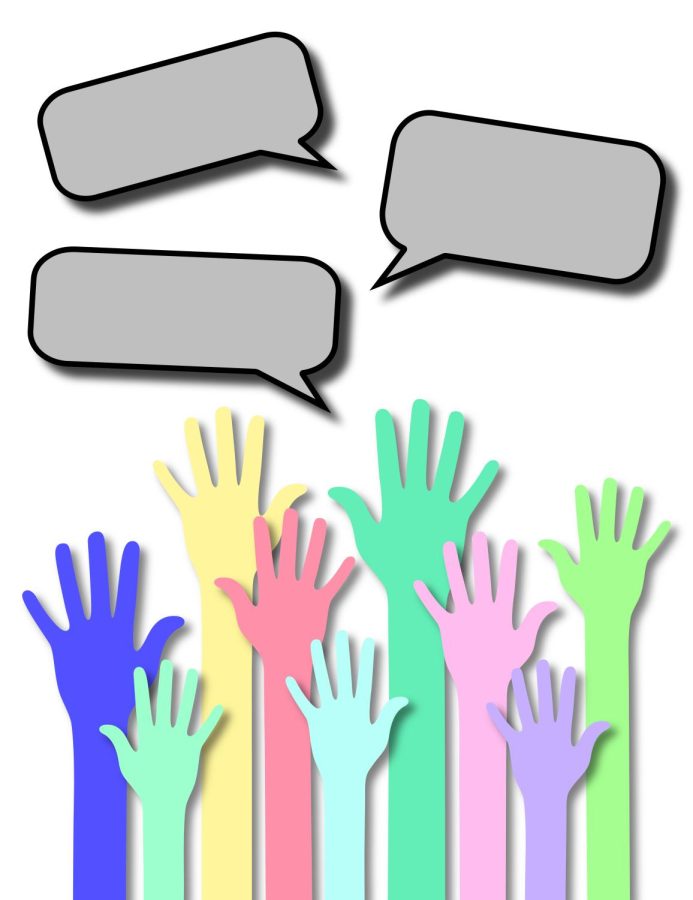 Quinnipiac University and the Student Government Association coordinated with a third-party vendor to conduct a survey of the Quinnipiac community on the university’s diversity, equity and inclusion efforts.

The anonymous inclusive excellence campus climate survey opened to students, faculty, and staff on April 4, and will close on April 29.

“Advancing inclusive excellence is a vital pillar of our strategic plan and is a journey to which we are committed for the long term,” Sawyer and Ciampanelli wrote in the email. “We will be surveying the entire Bobcat community to gauge perceptions among all students, faculty, and staff regarding their experience related to inclusive excellence on campus.”

Students received a separate email the same day from vendor Viewfinder Campus Climate Surveys with a hyperlink to the survey. The university is administering the anonymous online survey through the outside vendor “to preserve the confidentiality of participants’ responses,” Sawyer and Ciampanelli explained in their email to students.

According to Viewfinder Campus Climate Surveys, the surveys are “designed to help colleges and universities measure and assess both their strengths and weaknesses around diversity and inclusion efforts for students, faculty, staff and administrators.”

Although Ciampanelli noted that the survey typically comprises an average of 60 questions for students and 75 questions for faculty and staff, both he and Sawyer pointed out that these numbers can vary widely.

“It’s guided by your responses to certain questions,” Sawyer said. “If you’re not a member of (a certain) community, you’re not going to answer those questions, and so, it’s hard to say how many questions each person will answer.”

Ciampanelli said that the university tailored the survey questions to collect demographic data as well as to gather student and faculty opinions.

“The survey asks participants questions related to campus diversity, personal experiences of discrimination, bias, and/or harassment, and perceptions on how the University handles these cases when they arise,” Ciampanelli wrote in a statement to The Chronicle.

Sawyer explained that the university is hoping to utilize the student and faculty responses to identify the efficacy of Quinnipiac’s current diversity, equity and inclusion efforts.

“We want to get people’s responses to some of these questions to kind of set a baseline,” Sawyer said. “This baseline will allow us to know where we are right now — it’ll highlight things that we’re doing well, it’ll show things where we’re not doing so well, and it gives us a baseline to be able to set a plan to address those issues.”

Ciampanelli added that the university also plans to utilize the survey data to reinforce the longer-term objectives outlined in its racial equity and LGBTQ inclusivity initiatives.

“Although this largely serves to benchmark our current standing as an inclusive campus, its findings also serve a pivotal role in supporting the University’s Strategic Plan of inclusive excellence in advancing the goals established in the 10-Point Plan to Advance Racial Justice and the LGBTQ+ Plan,” Ciampanelli wrote.

Above all else, Ciampanelli stressed the importance of collecting as much survey data as possible.

“I cannot emphasize enough the importance that all students, faculty, and staff partake in this survey,” Ciampanelli wrote. “More participation enables the Campus Climate Survey Steering Committee to conceptualize the institution’s progress in enhancing inclusive excellence and measuring how included Bobcats of all backgrounds feel in our community.”

“We’re hoping that as many students as possible take it,” Sawyer said. “It’ll be difficult to get a true understanding of what’s taking place on campus and what people feel about these issues without getting a large sample of students who take the (survey).”

Ciampanelli wrote that the findings of the survey data could prompt policy changes as early as next semester.

“Although I do not know how long it will take to process the data and synthesize results, I believe students should expect to see changes in policies, programs, and DEI initiatives as early as the Fall ’22 semester,” Ciampanelli wrote.

Students and faculty members alike are optimistic about the university’s initiative and its potential implications.

“It’s great that the university is trying to help its growing diverse community to feel at ease, as they are probably looking to reel in more people from different backgrounds to diversify the campus community,” said Valantine Achancho, a first-year mechanical engineering student from Cameroon.

Sam DeFusco, a sophomore sociology and journalism double major who took the inclusive excellence survey, maintained that the survey is essential to promoting inclusivity at Quinnipiac.

“I feel like this is a necessary step in what the university has been trying to say they already do,” DeFusco said.

DeFusco, who is transgender, is hopeful that the findings of the survey will prompt actionable change.

“(The administration is) always trying to put emphasis on how they believe in all these things, but they don’t actually change anything — they just put on events showcasing diversity in the world,” DeFusco said. “I hope that the university uses this information correctly and uses it wisely.”

Lauren Sardi, a professor and the director of the Women’s and Gender Studies Program who took the faculty version of the survey, also viewed the campus climate survey as a promising effort from the university.

“Now that we do have a more transparent picture of the issues facing us as a campus, it allows us to actually do something with this data,” Sardi wrote in a statement to The Chronicle. “I hope the university will utilize the survey data in a way that helps quantitatively support what faculty, staff, and students have been qualitatively reporting for years.”

Amelia Cameron, a first-year psychology major who also participated in the survey, applauded Quinnipiac’s efforts to gather student opinions on the culture on campus surrounding diversity, equity and inclusion.

“Obviously, kids aren’t going to be openly homophobic and ableist and sexist and racist in front of administration,” Cameron said. “I think there’s a lot of things that students can point out that the administration doesn’t really see because they’re not living in dorms — they’re not here, living the experience with us.” she said.

Cameron, who identifies as pansexual and is disabled, is also optimistic that the university will utilize the survey data to improve the on-campus atmosphere.

“I just want (the administration) to recognize the environment that we live (in), because I don’t think they really even realize that it’s a problem,” Cameron said. “I want them to know what they’re not seeing.”