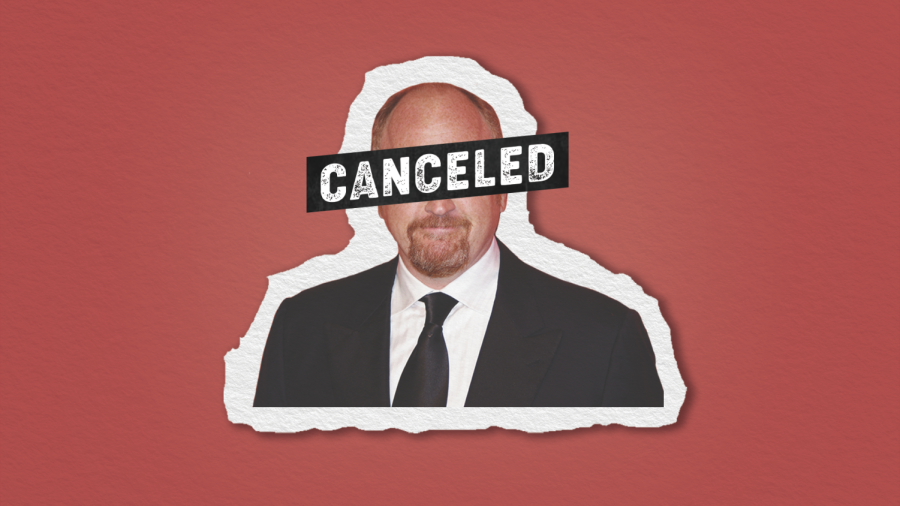 Update: A previous version of this article stated Louis C.K. admitted to sexual assault despite him only admitting to five accusations of sexual harassment. The sentence has been adjusted accordingly.

Every unfunny comedian’s go-to talking point is how they face so much hate and discrimination from some nebulous woke mob. They’ll complain that Twitter warriors are ready to cancel anyone’s careers as soon as they feel offended by a joke.

Ricky Gervais, Dave Chappelle, Bill Maher, Joe Rogan — they’re all the same. They think they’re so persecuted and that their lives can be ruined by random people on social media.

In reality, they live in luxury by accepting multi-million dollar deals from major streaming services.

The biggest smoking gun that proves cancel culture outrage is fake was Louis C.K.’s Grammy win for Best Comedy Album on April 3. During Sexual Assault Awareness Month, C.K., an admitted sexual harasser and alleged assaulter, was given an honor by the most prestigious music awards shows in the U.S.

Kanye West, who has harassed his ex-wife Kim Kardashian online, won two Grammys for his album featuring other “canceled” artists such as DaBaby and accused rapist Marilyn Manson.

In a world supposedly filled with overly emotional and easily triggered liberals, how could this happen? There’s a very easy answer — cancel culture is a myth. I wish it was real because then people would take proper responsibility for their actions, but it’s not.

Time after time, powerful people are called out for their heinous actions, yet nothing is being done about it. Rogan promotes anti-vaccine and racist lies. Chappelle dehumanizes trans people, yet these supposed comedians have the biggest platforms in the world to spew their hateful messages.

Ye, formerly known as Kanye West, is one of the most famous rappers in country, Rogan is the highest-grossing podcast host in the world and Chappelle makes $20 million for every Netflix special. How can cancel culture be real if the biggest names that have been canceled are more famous now than ever before?

That’s a problem. In a perfect world, these people would be rightfully punished for the horrible things they’ve done. Ye would be shunned by the music industry, Rogan would be deplatformed and C.K. would be in jail. The lack of justice shows that the current way of “canceling” artists isn’t working. When disgusting people thrive through controversy, then the process of tearing them down is flawed.

Perhaps it’s our use of social media. Every day, there is a main villain on Twitter. Each day, that person receives mounds of backlash for whatever dimwitted thing they said, but their tweet is forgotten about the next day.

This news cycle is baked into the social media apps that we use. Twitter thrives off of the live conversation its trending tab promotes. Everyone is craving the new news, looking to find something to get mad every day. We chase these dopamine rushes of a mob mentality so hard that we lose our individuality. If we all took a step back and looked at why we were getting mad at something, our grievances would look childish compared to the big issue at hand.

What activists should be worried about is not just what bigots said in the past, but more about the people in power who are allowing them to say it.

Sure, it might feel like you’re making a difference by ratioing some random user, but what does that accomplish? While keyboard warriors are stuck to their screens, furiously typing a Twitter thread, the powers that be are counting their money all the way to the bank.

I don’t mean to downplay the feelings many disillusioned young people have about the crumbling world around them. When you have no power at all, the small flexes of it can make you feel strong. I feel that exact way when I feel my voice fall on deaf ears. To those Twitter users, joining into the hate mob fills an inner desire everyone has — to feel impactful. We all want to be the main characters of our own stories.

What these comedians see as a cancel-culture mob trying to kill them is instead a group of people begging to be heard. But if nothing is permanent when someone is canceled, are they really canceled at all?

The power balance in our society has not shifted despite the invention of social media. We’re all given a voice, but that doesn’t mean we’ll all be heard.

I wish that all of these celebrities that are worrying about cancel culture had to actually worry about being deplatformed or forgotten. Only then would real change happen.