Conflict with Russia is exposing US’ overdependence on fossil fuels 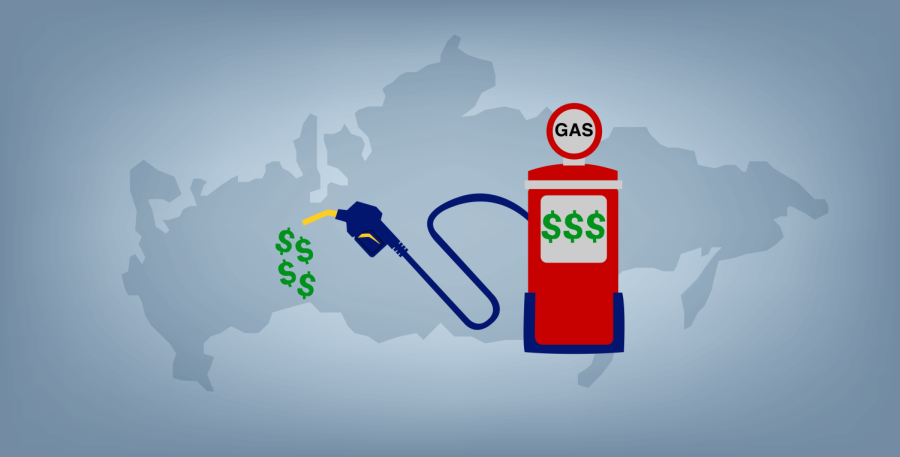 I admit I haven’t been behind the wheel since January because public transportation and walking have become my two best friends while living in Washington, D.C. But that doesn’t mean I don’t have the personal experiences or knowledge to see that our focus on gas prices is misplaced.

The U.S. is feeling the pain after banning all imports of Russian oil, liquified natural gas and coal in support of Ukraine. A lack of supply to meet demand means a drastic rise in prices.

However, what we should realize from the strain on our wallets is how easily crippled our economy and society is when non-renewable resources are threatened. The war in Ukraine is equally as much a war on environmentalism, and that side is invisible to many.

The U.S. has been the economic leader of the international landscape since World War II, also retaining one of the world’s most powerful militaries. Yet, we are vulnerable because of our reliance on non-renewable energy.

It’s staring us in the face. Oil is our weakness.

When the cost of gas rises dramatically, consumers spend less money on other goods and services. The U.S. is experiencing demand destruction.

However, we’ve been more fortunate than most. It was revealed at the NATO meeting in Brussels, Belgium,  on March 24, that the U.S. is the only country of the leading industrial nations to cease purchasing from Russia. Other major nations can’t spare the expense, as the European Union accounts for nearly 70% of Russia’s gas exports.

World leaders can threaten sanctions and diplomatic action all they want. But our reliance on oil is making us frozen, unable to take a stand against Russia in ways we could if the world was smarter about its choice of fuel decades ago.

The rest of the world is buying so much oil from Russia that its stock market is still open and slowly starting to stabilize. That signals that all efforts to damper its economy have all but failed, essentially guaranteeing continued violence.

Gas is just one factor in the equation. Ukraine’s environmental infrastructure and institutions have also taken a major blow.

Over 1,000 people across the world issued an open letter through the Environmental Peacebuilding Association March 3, where they publicly addressed how attacks on Ukrainian civilian homes and military sites are causing air and water pollution, as well as damaging food security. Ukraine is a major export of wheat and corn, and the chain reaction to follow from the war will likely be devastating.

Additionally, the U.S. Environmental Protection Agency announced on March 29, that it will help rebuild where it can, mirroring its continued aid to Soviet Bloc countries for 30 years.

Ukraine’s good work could also be at risk. If attacks continue, Russia will likely target the country’s hydroelectric dams and hazardous waste storage sites, undoing any eco-friendly progress and polluting the nation, an unnecessary loss of human and time capital.

It’s only after a country is in crisis that we want to help them build back sustainably.

President Joe Biden has made memorable moves in the fight against climate change since his inauguration. Just recently, the White House proposed budget for the 2023 fiscal year included a $2 billion increase in the EPA’s budget. He’s set goals to achieve a 50% reduction in greenhouse gas pollution by 2030. Biden seems unable to  give a speech without emphasizing the need for green jobs.

But it all comes at a time when my New England nostalgia withers at the sight of a mere 3 inches of snow in the dead of winter.

Following the example of countries like Iceland and Sweden, we could power our country on hydroelectricity, geothermal energy and solar. Beneath our feet lies energy that could power our nation, we just have to place focus on funding infrastructure to achieve networked green energy solutions.

Electric cars are on their way to becoming more accessible to the average American, decreasing in price by 70% between 2010 and 2016. However, until we’ve achieved this, companies should subsidize workers that can reasonably get to work by biking, something attainable in almost every major city in the U.S.

The war in Ukraine is an international environmental war. The economy and the environment are closely woven into the fabric of our political landscape.

Next time you sigh at the pump, think about the brighter, greener, cleaner reality we could be living in if we removed oil from the center of our universe.