The enemies-to-lovers trope in ‘Bridgerton’ season two is astounding 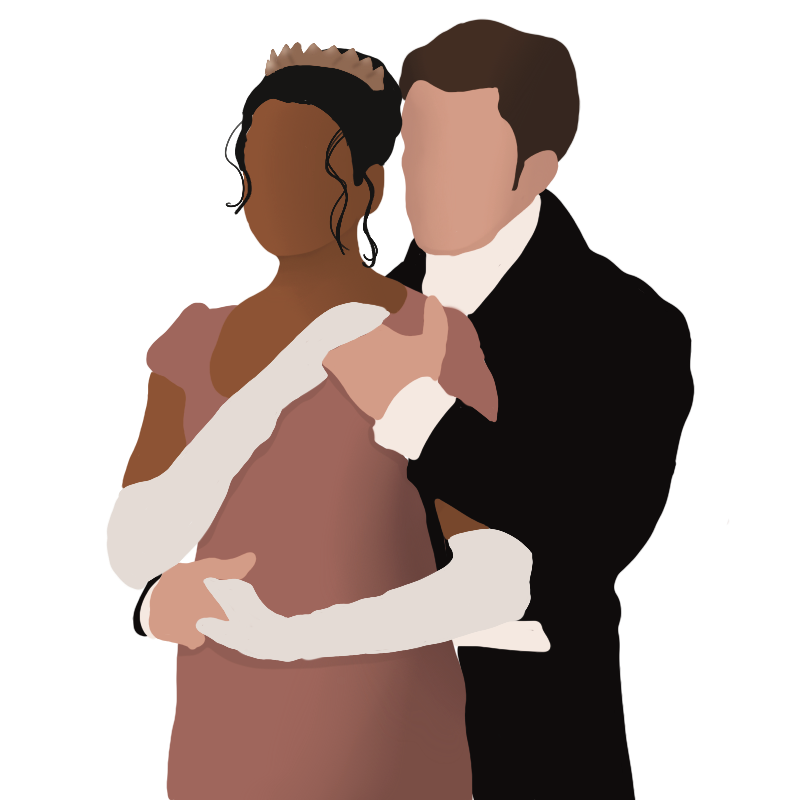 Lavish updos, feather quills and a seemingly impossible romance that’s both frustrating and burning of intrigue are all encompassed in the second season of “Bridgerton.”

The much-anticipated second installment finally premiered on Netflix on March 25, and it did not disappoint.

Set in glamorous 1813 London during the era-appropriate marriage season, the show is based on a series of romance novels written by Julia Quinn.

The first season followed the lascivious romance between the town’s diamond Daphne Bridgerton (Phoebe Dynevor) and the Duke of Hastings, Simon Basset (Regé-Jean Page). The show captivated viewers because of the chemistry between the season’s leading couple and sex scenes that left very little to the imagination.

There was an alarming amount of butt shots, to say the least.

Now, if you were hoping for another season of ruthless amounts of spontaneous sex, then I have some bad news for you — there’s rarely any. Aside from an occasional glimpse of a Bridgerton’s backside, there’s a significant lack of intimacy between the second season’s leading couple. Despite this, Anthony Bridgerton (Jonathan Bailey) and Kate Sharma (Simone Ashley) expressed their passion brilliantly through the twinkle in their eyes every time they met.

Hardly any words were ever exchanged on how this season’s couple truly felt for one another. Through several subtle gestures of desire, whether it was a passing look or an embrace that’s always interrupted before they could seal the deal, Anthony and Kate’s yearning for each other was evident. This made it even more maddening when their ambitions could not be satisfied due to foregoing plans that did not involve finding love.

Anthony does not desire to find a soulmate, but rather a woman that’s fit for the role of his wife so he can honor his duty as a gentleman during the regency era. As part of his plan, he chooses to unify with this year’s diamond, Edwina Sharma (Charithra Chandran), handpicked by Queen Charlotte (Golda Rosheuve).

The annual ceremony is a mating ritual where the queen of England names a woman that encapsulates beauty and grace.

They become the town’s most prized jewel, or the diamond of the season.

Edwina’s older sister, Kate, disapproves of the pairing after overhearing his true agenda for her sister. Needless to say, Kate and Anthony are set up to be enemies from the start. This makes their eventual romance all the more gratifying.

In one scene, Kate and Anthony are mid-argument when a bee stings her on the shoulder. Someone Anthony loved dearly died years prior in the exact same way. He starts going ballistic until she places his hand on her chest to express that she’s fine.

Their apparent hatred for one another was interrupted with an act of tenderness. It was arguably the most intimate scene the show has ever had, even compared to the sex-filled first season, and I loved every second of it.

In an exceptionally revealing scene, Anthony utters the line “You’re the bane of my existence and the object of all my desires,” as he declares his love to Kate. The single phrase encompasses their complicated relationship, and some real- life affairs between viewers of the show, perfectly.

There’s something so relatable and exciting about loving someone you can’t be with due to societal expectations. You might feel the need to fulfill a role that doesn’t involve who you desire the most. Everything is working against you to be with your soulmate, which makes your shared love even stronger. In Anthony’s case, Edwina’s veil is what’s separating him from his happiness, Kate.

Though I don’t usually acclaim romantic shows, “Bridgerton” has undoubtedly caused me to sing a different tune. I will admit the first two episodes were slow, but the episodes to follow were engaging and full of scandal that I was devoted to finishing the series in one sitting.

The storytelling of this go-around was just as strong as the previous season. Bailey and Ashley are impeccable actors, and I hope to see them in more endeavors as each character’s story comes to a satisfying finish.