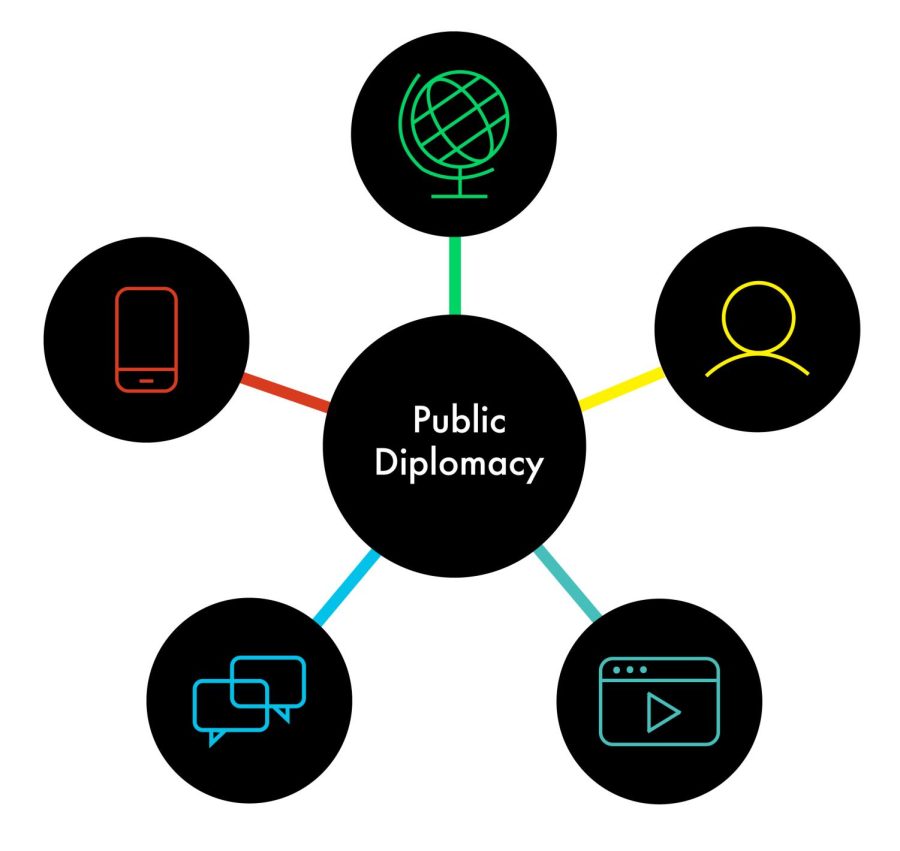 The minor in public diplomacy was annonced in a School of Communications email on March 22. The program will be of interest to students preparing for a future career in global affairs, international relations, cross-cultural understanding and communication, global strategic communication management, digital media, brand and reputation management and project management.

“This innovative, dynamic minor that sits at the intersection of communication and global affairs gives students the opportunity to learn and observe the world from different perspectives and to understand the world beyond their reach,” Vanc wrote in an email.

Students interested in public diplomacy who are not public relations majors will also be required to take Principles of Public Relations.

Gabriela Alvares, a public relations graduate student and an international student from Portugal, said that she would be interested in

“The best part about (public diplomacy) is that you get a better perspective of what’s going on in the rest of the world besides the U.S.” Alvares said.

Although Alvares is graduating in May, she said she would have definitely taken the minor if given the chance.

“I believe I have an enormous responsibility when it comes to public diplomacy as I was given the chance in a lifetime to come and study abroad, namely at Quinnipiac,” Alvares said. “Which has opened doors to many tools that expose mine and others’ experiences via social media, school articles and podcast which aims to inform and influence countries to do exchange programs.”

Christopher Ball, director of Central European Institute and Istvan Szechenyi chair, said that he believes almost half of the students in Vanc’s public diplomacy class are foreign students coming to Quinnipiac, in part for this minor. He said the minor will help students stand out to prospective employers.

“Any company needs people to handle their PR and marketing but to have some understanding of being able to do that internationally and have some sort of a diplomatic side to it would be a unique niche aspect to their degree on their resume,” Ball said.

Ball said Quinnipiac is expanding its international programs and he recently did a virtual job fair with several multinational companies, such as Morgan Stanley and several in Hungary.

“I think those students will really be able to go for some of those jobs maybe they couldn’t have in the past,” Ball said. “In Connecticut, you still have the

World Affairs Council, you have diplomatic events here … so I think it’s kind of a really cool, unique niche, that they hit upon building on our existing strengths.”

Ambar Pagan, a senior political science major, is currently taking Vanc’s course in public diplomacy. She said the first thing that appealed to her was the title of the course itself as she is looking to go to graduate school for diplomacy and foreign affairs.

“It has definitely been a really wonderful experience and I think it’s something that though matter what career you go into it’s really useful,” Pagan said. “I think everybody should learn how to communicate with diverse cultures and how to form allyship in whatever form that may be in our daily lives.”

Through taking the course, Pagan said she has learned more about the communication aspect of public diplomacy.

“It’s really about connecting with the people and it’s about getting to know what are the things they need,” Pagan said. “It really starts with listening to your surroundings. Figuring out this media, politics, journalism, form of diplomacy has been really intriguing to me because I am interested a little bit in journalism and in communications.”

Pagan said that Vanc and all the guest speakers have showed students that diplomacy is about “building bridges” between different cultures and how to communicate these differences.

​​“My goal is really to just make the world a better place, and I think diplomacy can really be a great tool for conflict resolution, to be a bridge-builder between different people,” Pagan said.