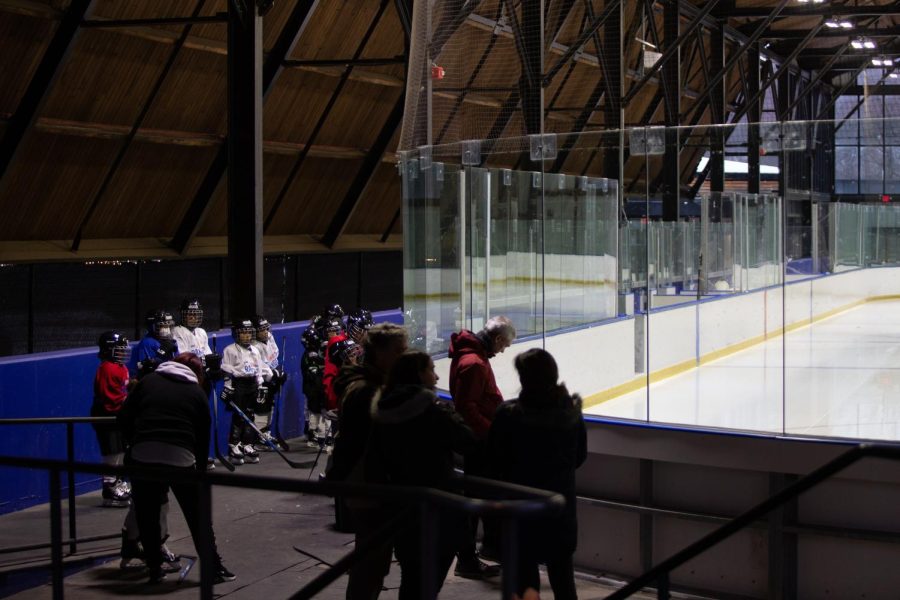 With a goal to give underrepresented youth from New Haven, the opportunity to play ice hockey, first-year medical student at Quinnipiac University Aaron Marcel and the New York Rangers are hosting a 10-week program to teach young children the fundamentals of hockey.

Hockey Haven is a nonprofit that aims to increase diversity among youth hockey in Connecticut and eliminate hockey’s financial barrier, which limits low-income families and minority groups from being able to play. The programs incorporate a learn-to-play system that shows kids the hockey basics, such as skating and shooting. Hockey Haven started March 9 and are held weekly from 6-7 p.m. for the next 10 weeks.

The program recruited kids for the events by creating relationships with other nonprofits. Marcel said they also recruited kids through social media and by word of mouth.

The Monk Center Youth Jazz and STEAM collective, ConnCat, and New Haven Youth and Rec have been the most significant contributors funneling kids from their program into Hockey Haven, Marcel said.

“All of the kids are from underrepresented backgrounds or could not otherwise afford to play hockey and are racial minorities and/or low income families,” Marcel said

He thought of the idea last summer. During the first week of the fall 2021 semester, Marcel met up with his friend and former opponent on the ice, first-year medical student Jake Baekey, and shared the idea.

Marcel described hockey as his passion and through Hockey Haven’s events, he is able to share his experiences from hockey that have helped shape his life.

“Growing up, the values hockey taught me was a huge part of my development as a person,” Marcel said. “To be able to get out there and skate with these kids and give them that opportunity, seeing the smiles on their faces and seeing how grateful the parents are, is incredible.”

As a medical student, Marcel had to complete the required volunteer work. He decided to give back to the community through something he loves.

Marcel said everyone should have the opportunity to play hockey and the game should increase inclusivity with all demographics. More than half of the population in New Haven is made up of minority groups. Marcel said he felt that starting the program in New Haven would be beneficial for these families.

“The NHL is 95% white,” Marcel said. “With the exclusivity of hockey and lack of inclusion, New Haven is a great area. The community is diverse and there are families with low incomes, the demographics that don’t normally play hockey. It’s the perfect fit for a program like this.”

Hockey Haven caught the attention of the New York Rangers shortly after Sara Civian, a staff writer for The Athletic covering the Carolina Hurricanes, and a high school friend noticed what Marcel had been promoting through social media.

“When I started posting about it on social media, she saw it and was like, ‘Oh my god, I love this, what can I do to help,’ and she tweeted it out,” Marcel said. “She has about 70,000 followers on Twitter. The Rangers saw it and the next day, I got an email from the Rangers saying, ‘We’re heavily interested in this area, and we’d love to set up a meeting,’ and from there we’ve been working with them.”

The Rangers’ minor league affiliate is located in Hartford and made contributions to Hockey Haven. The Rangers and equipment company Bauer provided all the equipment the kids use.

“They’re an NHL team, so the value is invaluable,” Marcel said. “I can’t even say enough about the partnership. It’s amazing.”

The parents watching their kids on the ice from behind the boards felt that the opportunity was great for the community. News of the program spread 15 minutes north of New Haven to Hamden. Vice Chairman of the Board of Trustees at Quinnipiac Carlton Highsmith was in attendance.

“I was astounded,” Highsmith said. “At first I couldn’t believe it. I told my daughter, because my grandson is out there, that I had to see this.”

Some parents felt that the program gives their kids a great opportunity to meet others, make friends and try something new.

“I thought it would be really good for my son to be able to socialize and try a different type of sport,” said Keisha Taylor-Davis, a New Haven resident.

Other parents felt that having their children playing hockey with the older students was beneficial for them as it gives their kids people to look up to.

“They are role models, not just for sports but for our kids to be able to learn from them,” Woodbridge resident Veronica Perez said. “We think it sets a good example.”

Marcel said that creating the organization was not a singular effort.