A poet with prowess: QU sophomore recognized as ‘Connecticut student poet’ in contest 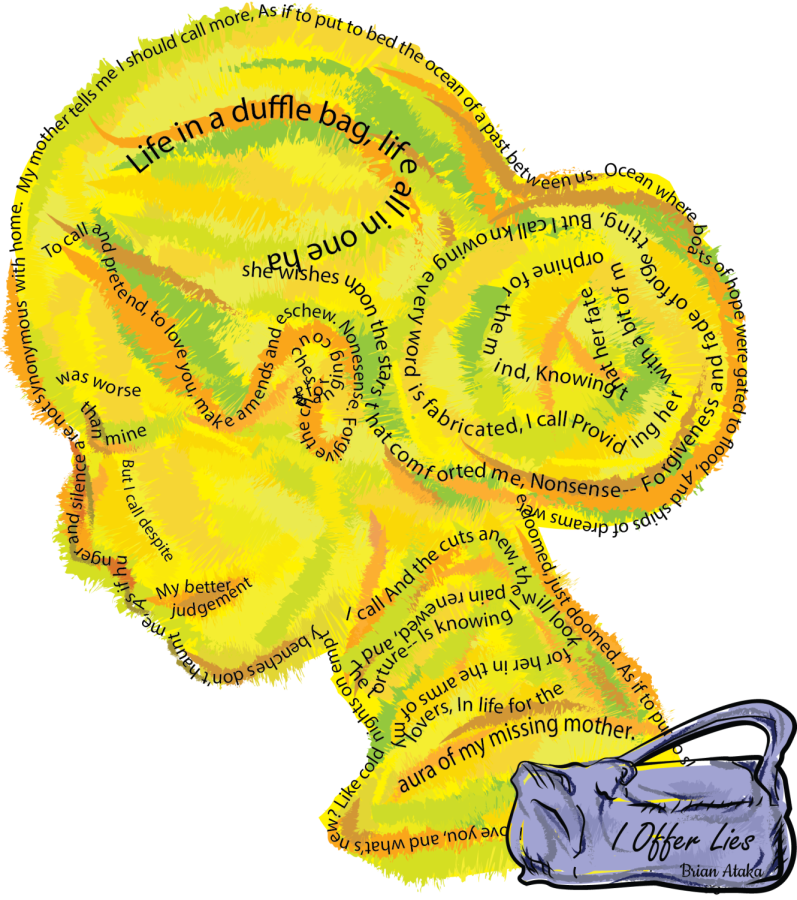 Depending on the person and topic, it can be a chore as well as a passion. For Brian Ataka, a sophomore economics major at Quinnipiac University, it’s a way for him to perceive himself.

“It’s been almost like a safe haven for me for a long time,” Ataka said. “I look at writing like a place to understand myself.”

Quinnipiac University’s Creative Writing Department hosted a virtual reading for winners of the Connecticut Poetry Circuit contest, allowing the poets to share and elaborate their work with attendees on March 28.

The Circuit, established in 1968, holds a statewide contest every year for college-student poets to compete for the title of Connecticut Student Poets. With a panel of judges weeding out contestants one by one, all selected winners tour the circuit in the spring and visit various universities around the state to recite their work.

When the spotlight shifted to Ataka, he chose to read his poems “I have no choice but to finish my coffee,” “Offer Lies,” “Longing” and “Alma Mater.”

While many attendees voiced the connection they had with the poet’s work, Jason Koo, associate teaching professor of English and host of the event, shared his deeper ties to Ataka.

Koo said he first met Ataka in fall 2020 during an English course. Despite facing the uncertainties of the pandemic, Koo said Ataka’s eagerness to learn more about poetry revealed his true love for the art.

“His passion and enthusiasm immediately stuck out, it was very rare because I don’t encounter that much at all,” Koo said. “I feel certain that Brian is going to do something very remarkable with his life.”

For Ataka, the role of having Koo in his life was the reason he blossomed into the writer he is.

“I feel honored to have even been considered for this opportunity,” Ataka said. “Without the belief that Jason Koo had in me and my work I would have this experience to relish. Above all, the feeling of gratitude is what fills my heart and mind at this moment.”

However, for other attendees of the event, Ataka’s poems resonated with their personal lifestyles.

Destiny Smith, a junior psychology major, said she was invited to watch the Zoom as part of Koo’s Introduction to Poetry class. The word choice and meaning behind his poems were something Smith said she could easily relate to.

“I felt very much connected to Brian because throughout my life I also struggled with my relationship with my mother,” Smith said. “I have always had a deep connection to poetry, someone else’s words. I could not really communicate my feelings effectively as a child, but I always found a poem that was befitting.”

Smith said she was able to learn from listening to poets perform, as “they are all-powerful and so personal.”

“I was riveted by Brian Ataka’s poem ‘Offer Lies’ and his short poem, he spoke about his head submerged in the bathtub,” Smith said in an email. “He stated that it was a form of meditation for him, I reminisced back to my own memories.”

Although Ataka is pursuing a degree outside of the English field, he said poetry became a tool to acknowledge himself — even before he started writing as seriously as he does now.

“By putting the words on the page and hearing it aloud, I was provided with an instrument to fine-tune and change myself,” Ataka said. “To find areas that I wanted to change about myself.”

Ataka said that the power of poetry and the motion behind using his words serve as a way to better the world around him as well as impact those who need to know “that they are not alone.”

“I also believe that writing has the ability to change others by providing something with something you can use to touch others,” Ataka said. “When I read or hear great poetry, there’s something that reaches into me, into my heart, into my mind and it pokes and pulls me.”

Ataka said that the ability to put his poetry into a different perspective and think about the impact it holds on a larger scale allows him to understand the true meaning of how words can impact change.

“If you think about it almost like grassroots, that’s where a lot of movement and effort is cultivated,” Ataka said.

With the award now in his place, Ataka said he will continue to look for ways to develop himself as a poet despite not pursuing a degree in the field.

“Poetry will be a lifelong companion of mine, as I have always said I can only hope to write words that are worthy of being read by others,” Ataka said in an email. “I hope to continue to study under Professor Jason Koo and refine my craft. The fruits of my work will hopefully speak for themselves.”