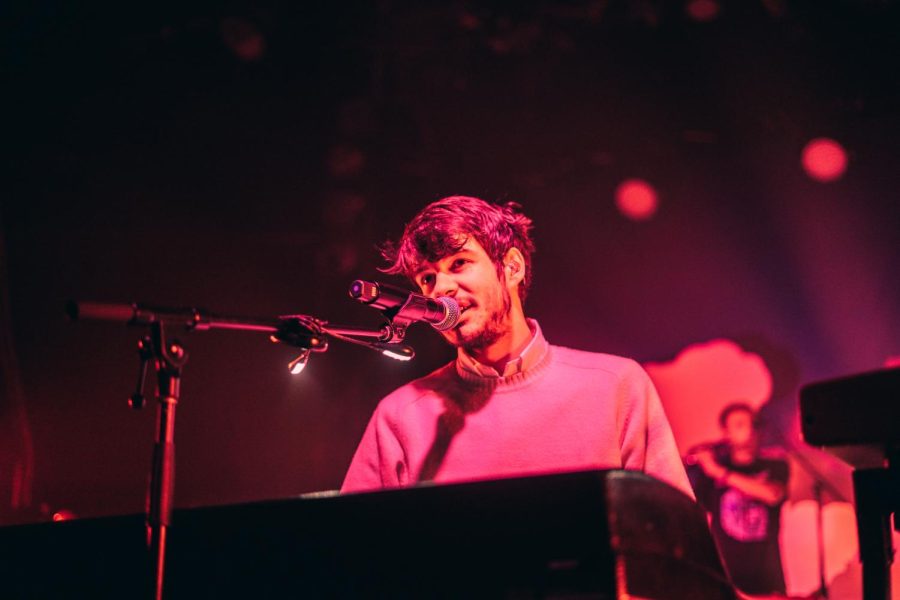 Rex Orange County's 'WHO CARES?' currently sits at No. 5 on The Billboard top 200 album chart. Photo by

Nearly 2 1/2 years after the release of his acclaimed third studio album, “Pony,” Rex Orange County released his follow-up album “WHO CARES?” on March 11, quickly reaching the top of the alternative genre charts.

Prior to this release, I knew little to nothing about the artist, whose birth name is Alexander O’Connor. The entirety of my experience with his music came from his two features on Tyler, The Creator’s 2017 album “Flower Boy.” As much as I loved his appearances on that album, it was Tyler, The Creator in the end that led me to “WHO CARES?”

When I found out March 9 that the final single from O’Connor’s album, “OPEN A WINDOW,” featured Tyler,  The Creator, it was enough for me to give the song a fair chance. Once I heard it alongside the album’s other two singles, “KEEP IT UP” and “AMAZING,” I was left wondering why it took me so long to get into Rex Orange County’s music.

The three preview tracks are the perfect sample for listeners to understand the pleasantly somber, yet upbeat tone established over the album’s 11-track run.

My favorite song on the album grew to be “AMAZING,” which I believe is the best song of 2022 thus far. The track had the mystical ability to bring me back to simpler times in my life. Times where love was still a new concept to me, with the song’s whimsical character teaching me to enjoy where I am at now.

“Don’t change a thing, you are amazing / I can’t believe you’ve come and saved me / We can stay here, spend every day here / I don’t mind,” he sings.

The lyrics give off similar vibes to Bruno Mars’ 2010 mega-hit “Just the Way You Are” even though it is safe to say it may not reach those same heights considering Mars’ monthly listeners dwarfs O’Connor’s at an approximate 4:1 ratio.

The rest of the album’s melodies worked perfectly paired with O’Connor’s soft vocal tone, giving me something I can always go back to when I am looking for comfort. His music sharply contrasts with the majority of current pop music and its lower energy gives me another corridor to walk down sonically.

O’Connor’s voice is at its most comforting on the track “7AM,” as he showed that he is just like the rest of us — someone in his early 20s trying to feel confident in the decisions that led him to this point.

“I know that I wanna be independent / I really wanna prove myself today / But what if I’m hopeless and dependent? / Once again, should I pack up or stay?” O’Connor contemplates in the song’s second verse.

Unlike other albums I listened to over the past year, “WHO CARES?” seems to know exactly what it is and wants to be. Its themes of self-affirmation, struggles with identity and learning what one wants from love are consistent throughout, and its 35-minute runtime is absolutely perfect for an album of its nature.

Like the rest of Rex Orange County’s music, he does his best to ensure the majority of words spoken are his own. With Tyler, The Creator’s verse on “OPEN A WINDOW” as the album’s lone feature, it shows to the listener that despite what the lyrics say, O’Connor is very confident with his musical ability and does not need to rely on anyone.

“WHO CARES?” is a perfectly enjoyable listen. It shows how much O’Connor has grown since the days of his appearance on “Flower Boy” and that at 23 years old, he still wants to keep growing. While the album may not reach top-10 on the charts, it is certainly a top-10 in my heart. As a brand-new fan of his music, I cannot wait to see what he does next.