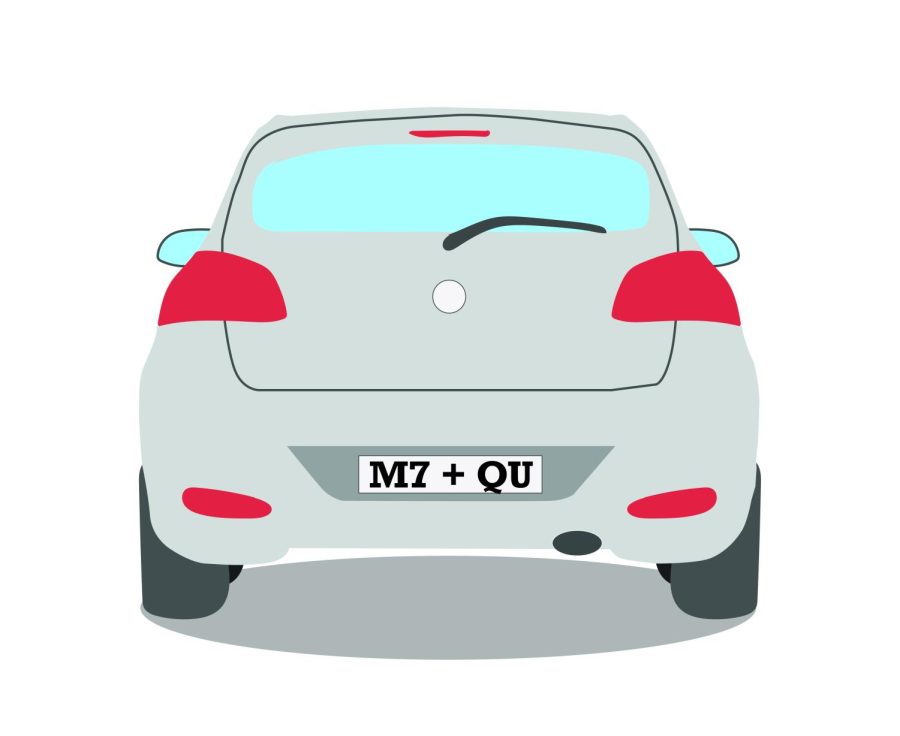 Quinnipiac University students are now offered a new transportation option as of Feb. 24, to travel off campus through M7 taxi service.

M7 is a taxi company operating throughout several regions in Connecticut, providing traditional taxi cab and handicap-accessible transport services. Rides can be booked through the M7 website or mobile app. The company has also partnered with other Connecticut colleges such as the University of New Haven and Yale University.

The service was introduced after a member of the Parent’s Advisory board reached out to Tony Reyes, chief of Public Safety, to raise concerns involving Uber. The department reached out to M7 to provide services on campus. M7 officials met with the Student Government Association to answer questions and engage students in the process.

“It’s that anonymity,” Reyes said. “When we had the incident involving the individual that went into one of our student’s off-campus housing, that was an Uber driver. This guy (was) a sexual predator, and it (was) someone that is untraceable.”

Public Safety is making it more convenient for students to use M7 over popular taxi services by allowing them to be picked up and dropped off at their dorms. The M7 driver will be identified by the company car and be required to show ID.

Charlie Lebron, a first-year 3+1 film, television and media arts major, uses taxi services multiple times a month because she does not have a car on campus. Lebron said she has encountered unsafe experiences using UberEats.

“Once we had gotten the food from our driver and begun to walk away, the driver began to cat call us,” Lebron said. “We were extremely uncomfortable and to be honest a little scared, we rushed back to our dorm as quickly as we could.”

Although Lebron has never heard of M7, she said she would use it if it worked with Quinnipiac more than any other taxi services.

“I know Quinnipiac would do their research on their drivers,” Lebron said. “I would feel a lot safer getting into a car with them. Using a rideshare service that’s partnered with Quinnipiac would almost guaranteed safety also if the services was cheaper or if we could even use our meal points I would so be onboard to using the service.”

M7 has previously worked with Quinnipiac. The company set up taxi stands in local areas such as downtown New Haven, Connecticut. As taxi services such as Uber and Lyft became more popular, the relationship died out.

“Quinnipiac and M7 have had a partnership before and now the university is trying to partner with them to give them more access to campus such as allowing students to get dropped off closer to their dorms,” said Christopher Longchamp, SGA vice president.

M7’s Director of Business Development Jeremy Scalzi said the company goes through a series of precautions to ensure the safety of students, such as substantial driver background checks and weekly inspections of the cars.

“The service will benefit students because it can provide a safe and efficient way for students to get off campus at any point during the week,” Longchamp said. “It will also help students know that they are getting to their destination safely.”

The taxi service requires its drivers to have an updated medical physical to ensure adequate health and safety before driving company cars, Scalzi said. Drivers also have a motor vehicle history background check and are drug tested. M7 also generally provides drivers with company vehicles to insure the safety of their cabs. Scalzi said very few drivers use their personal cars.

“I would say the main difference between us and (other taxi companies) is that we go through a lot of training with our drivers, we do FBI-administered background checks, there is a biometric fingerprinting base, essentially you can’t just drive here with a driver’s license,” Scalzi said.

Taxi apps such as Uber and Lyft can only have cameras recording when the driver is logged in to their app, while M7 has cameras run during the duration of the ride. Uber and Lyft allow both the driver and passenger to record, unlike M7 that only lets the passenger in order to keep their privacy.

“In terms of privacy, we always make the footage available to just the passenger, if they need it, but you sort of have an extra eye watching over you in case something goes wrong we can handle it,” Scalzi said.

There is a URide Safe card for students, which is a personal debit card that can be used for any M7 ride in Connecticut. It also allows parents to put money on the card if needed. Even if the card runs out of money, the driver will still bring you to your destination, which is why it is popular among university students, Scalzi said. M7 is interested in starting a program like a URide Safe card using QCash at Quinnipiac.

“So even if you’re in New Haven and you don’t have money on the card, we will still give you a ride home — like a credit card almost — so that’s how we make sure everyone gets home safe,” Scalzi said.

The taxi service also accommodates students with special and behavioral needs by providing safe and reliable transportation. Also, because drivers have additional licensure, they can transport to schools and after-school programs.

When it comes to medical transportation, individuals with insurance usually contact the company first. However, anyone is allowed to call for any additional help.

“We have direct relationships with medical facilities in case the patient’s insurance does not cover the trip, and also facilitate government subsidized programs in case the patient needs to pay for the ride themselves to lower their personal cost,” Scalzi said.

The Connecticut taxi company works with distributors who modify vans to accommodate rear entrances for passengers who use wheelchairs.

“It’s all about inclusivity,” Scalzi said. “M7 works to ensure that we increase the percentage of wheelchair-accessible vehicles in its fleet each year.”

M7’s Freedom Fund Taxi Voucher Program offers passengers with a disability 50% discount from a normal cab rate, with around- the-clock service that can travel freely as long as they reside in the district areas and are not subject to 24-hour prior notice as required of paratransit booking.

“I really want to make sure that students with disabilities know they have an outlet to go for, that we can help them get set up with our new freedom fund which is the 50% discount subsidized by the state because that’s really what it’s all about is making sure everybody has a fair access to transportation,” Scalzi said.

Any ADA-eligible students can contact Jeremy Scalzi at [email protected] with questions.