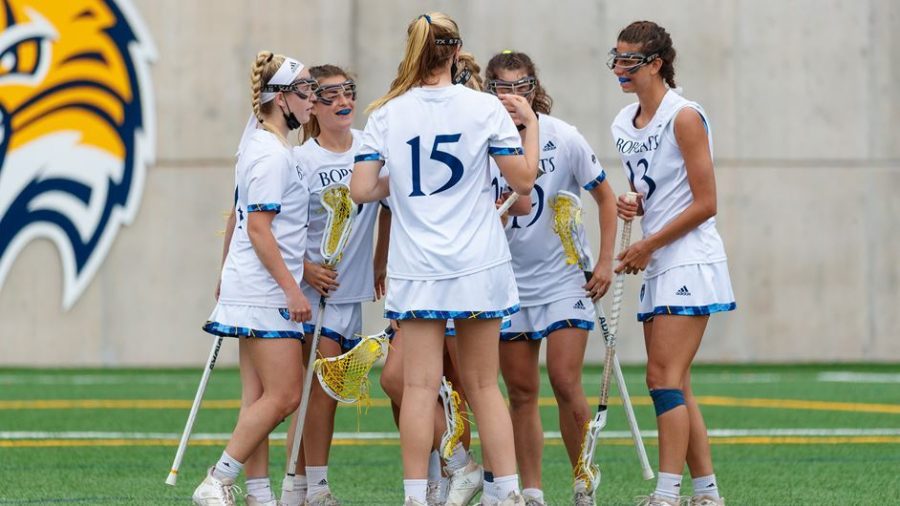 The Bobcats moved to 3-1 with the win over Boston University, Tanya Kotowicz's best start as head coach.

The first quarter was highlighted by high-octane offense as the two teams scored a combined eight goals, three by way of free positions shots. Sophomore attacker Maddie Noel began the back-and-forth as she opened up the game for Quinnipiac with a free position shot, with a quick response by junior midfielder Jennifer Barry for BU, putting the game back into a tie at one score apiece. This tit-for-tat first quarter would feature the first of Delmond’s four goals.

The second quarter was highlighted by a slower tempo, but BU built up a two-score lead in 40 seconds behind shots by Sims and freshman attacker Matty Spaeth. Junior midfielder Amy Nicoloff scored her first collegiate goal for Quinnipiac during this period before Delmond took over, tying the game at 6-6 before scoring her third goal with 20 seconds to go, putting Quinnipiac up by one at halftime.

Quinnipiac dominated the third quarter offensively and defensively, scoring four goals and conceding just one to BU, a free-position shot by Sims. Skalstad and Bailey took over, scoring both of their goals and widening the gap to four goals.

The Terriers did not quit, however. They opened fire on the Bobcats, scoring five goals and turning the game from a potential blowout to a game seemingly destined for overtime. Kaye scored all three of her goals for the Terriers within three minutes, with the only offense for the Bobcats coming off a free-position shot by Abby Wise, her first goal of the season.

Delmond was the deciding factor, however, scoring what turned out to be the deciding goal, putting Quinnipiac up 13-12 with 8:45 to go.

Again, the Terriers did not quit. They had multiple chances to tie the game up, including a tense final 45 seconds.

A foul by BU Caelan O’Connor opened up a free-position shot by Spaeth which goalie Kat Henselder saved. The next 10 seconds could only be described as chaotic, as multiple passes resulted in Spaeth once again having the ball. She prepared shoot, but Delmond once again came to save the day, causing a critical turnover that would end the game with the Bobcats on top, 13-12.

Delmond said she knew she needed to rise to the occasion for her teammates during the final 35 seconds of the game.

“I knew we needed the ball back,” Delmond said. “So I had to come up with the big play, and I was doing it for my teammates and that’s what we needed right there.”

Ultimately, the Bobcats’ defense was their saving grace, causing 17 turnovers, including the one at the end of the game. Comparatively, the Terriers forced just 12 turnovers.

This was Quinnipiac’s first matchup with BU since 2003 when the Bobcats lost in a 17-1 blowout.

“This group, they are fighters,” Kotowicz said. “So until that last whistle, don’t count us out.”

This is Kotowicz’s best start to a season in her six seasons as head coach, but she thinks it’s better to think more in the present.

“We just say ‘one game at a time,’” Kotowicz said.

The Bobcats stay at home for their next two games against Bryant on March 9 at 3 p.m. and UMass-Lowell on March 12 at noon.