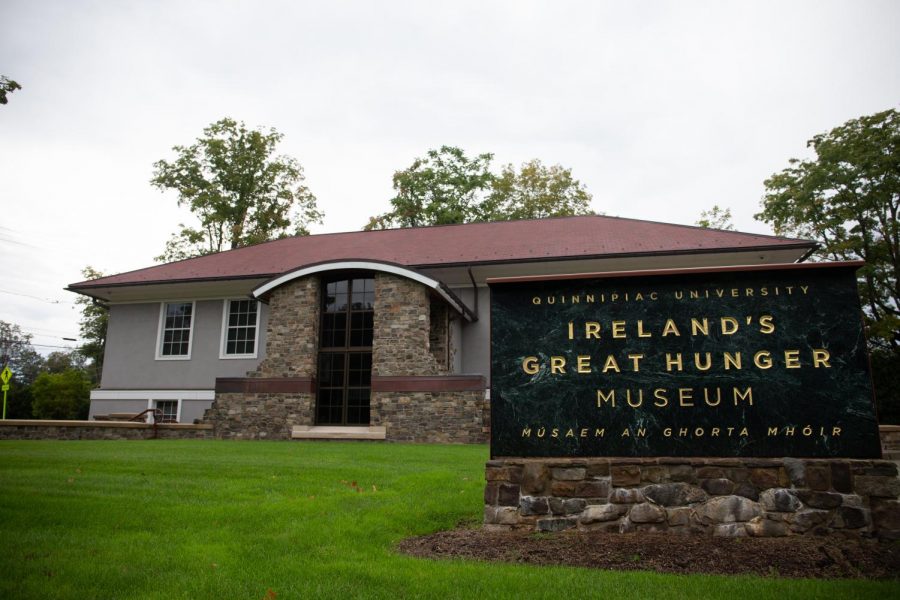 Quinnipiac's Board of Trustees voted to shut down Ireland's Great Hunger Museum due to financial loss and low attendance.

Quinnipiac University will transfer Ireland’s Great Hunger Museum’s collection to the Gaelic-American Club in Fairfield, Connecticut, as the Board of Trustees voted unanimously on March 1.

The 75-year-old club with 6,000 active members plans to create a similar-sized space for the museum within the Fairfield Historic District, which is around 35 minutes from the current location, alongside other local museums.

“Our intent is to work with Irish and Irish-American community to build a new home for the collection, that will not only allow the collection to thrive, but to grow and become a way of our children to understand who we were, who we are and even who we could be,” said John Foley, the GAC’s vice president.

Tha GAC said it has already begun working with different organizations, including multiple universities that are interested in connecting to their Irish studies programs.

Quinnipiac Associate Vice President for Public Relations John Morgan told The Chronicle that the GAC will have the full management of the collection in the new museum.

“QU is not providing financial resources, and the club agrees to raise the money, hire staff, prepare the space and maintain the museum permanently,” Morgan said.

The GAC’s vice president did not immediately respond to The Chronicle’s request for comments about the GAC’s timeline and budget to open the new space for the museum’s collection.

The announcement of the partnership came after an outcry from the Irish American and Hamden communities when Quinnipiac announced the museum’s closure last year. The dissent was in forms of petitions, in-person protest and an investigation from Connecticut’s attorney general, which is still ongoing.

President Judy Olian said the university appreciates “the thoughtful proposals and words of support” it received for the collection.

One of the proposals from the Committee to Save Ireland’s Great Hunger Museum offered to operate the museum in partnership with Quinnipiac at the current location.

“They just formed three months ago and just came to us,” Liebowitz said to CT Insider. “The other group has a 75-year history and a building and operations and things that will help more easily kind of scale up.”

Olian also told CT Insider that the university will use the building that housed the museum’s collection for academic purposes.

Turlough McConnell, the leader of the museum-saving committee, told The Chronicle that the group is shocked that Quinnipiac made a “rash decision to turn such a valuable collection over to a social club” that doesn’t have a charitable status amid an ongoing probe by the attorney general.

“Our concern always has been, and will always be, the story of Ireland’s Great Hunger as told through art and artifacts by leading artists, for which the university has shown a callous disregard,” McConnell told The Chronicle. “The Board and supporters of SIGHM remain committed to doing what is best for the museum collection and doing so in a legal, ethical and transparent manner.”

Chair of Quinnipiac’s Board of Trustees Arthur Rice said the goal of the partnership with the GAC is to keep the museum’s collection together in Connecticut.

“Working with the GAC means the university can ensure the collection remains broadly accessible as we also serve the growing needs of our students, faculty and staff,” Rice said.