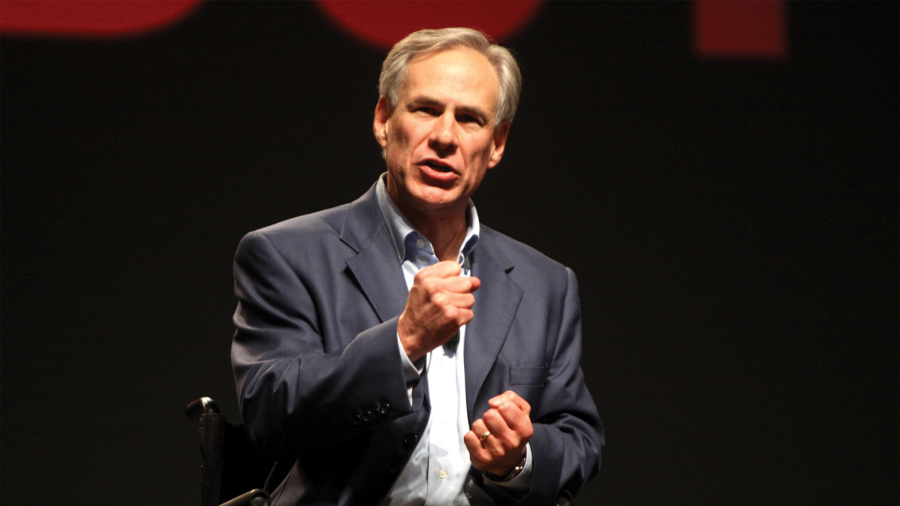 Texas Gov. Greg Abbott has a long-standing history of supporting anti-LGBTQ laws, such as the prohibition of same-sex marriage. (Photo By Gage Skidmore/Wikimedia Commons)

I can only imagine the fear the LGBTQ community must be feeling. After decades of fighting for the right to adoption and same-sex marriage, the community has still had to deal with widespread discrimination — in society and in law.

Wave after wave of anti-gay and anti-transgender laws keep getting pushed through legislature, suffocating the community. It must feel like drowning, unable to escape the ocean’s current of bigotry.

That latest wave came from Texas. State Attorney General Ken Paxton wrote an opinion to the state’s House of Representatives on Feb. 18, stating that sex reassignment surgery and puberty blockers for minors classify as “abuse.”

A week later, Gov. Greg Abbott called upon state-licensed professionals to be mandated reporters of this so-called “abuse.” Doctors, nurses and teachers would be forced to report any “abuse” that they see or face criminal charges. He urged the Texas Department of Family and Protective Services to investigate relevant cases.

The first victims of this were the parents of a 16-year-old trans daughter. The mother is a DFPS employee who “reviews cases of abuse and neglect” and has filed a lawsuit, according to Houston Public Media. If the parents lose, they’ll be placed on a child abuse registry, the mother will lose her job and investigations will continue statewide.

This situation is inhumane to the highest degree.

There are a lot of brave teachers who have spoken out against this ruling and said they will not report this “abuse,” but can a kid who is trans really know who to trust?

A lot of those children already suffer from poor support systems in their families and communities. Around 40% of trans youth reported that they have experienced homelessness or housing insecurity sometime in their lives, according to the Trevor Project. Now, Abbott is making sure they have nowhere to turn because of a transphobic belief that children are incapable of understanding their identity.

Forced to feel ashamed of who they are and scared to tell anyone how they feel, children who are trans could feel even more isolated and depressed.

Eric Stanley, associate professor in the Department of Gender and Women’s Studies at the University of California, Berkeley, said that anti-trans violence is not only permitted by legislation like this, it’s encouraged.

“In other words, those that enact anti-trans violence on the individual level are acting under the authority of a murderous settler state,” Stanley said in an interview with The 19th. “The two are entwined in a deadly knot.”

For families of trans children, that fear is real.

“With the sports ban (on trans students) last year, things got a little scarier,” said Violet A., an anonymous mother of a trans child who spoke to NBC’s Today. “When … a gender-affirming healthcare spot for children closed a few months ago, it got a little scarier. So now, to hear about this most recent news, I’m over Texas. I’m over it.”

The validity of trans children is not debatable. By as early as 3 years old, children can start to categorize their gender as masculine or feminine As they begin to mature, a better understanding of their identity forms.

Gender norms are not natural. Boys aren’t born liking sports and video games, and girls aren’t born liking Disney princesses and the color pink. Part of being a kid is trying new things. For some, that entails joining the soccer team or taking dance classes. For others, it means trying on clothes or playing with toys stereotypically from the other gender.

But don’t hear what I’m not saying. A child coming to terms with their gender identity is not the same as a child trying out a new hobby. It is much more serious, and it requires much more love, care and support. That’s what makes Texas’ actions even more despicable. At their most vulnerable, children who are trans are being denied their human rights.

Denying that exploration removes the importance of childhood. Governmental restrictions on who children can be robs them of their personal growth and development.

It is disheartening to see yet another instance of anti-trans governance. On Feb. 24, Florida’s House of Representatives passed the Parental Rights in Education bill, which effectively bans all conversations of sexuality and gender identity in schools. The Senate committee approved the so-called “Don’t Say Gay” bill on Feb. 28, and it only has the state Senate in its way before Gov. Ron DeSantis can approve it.

Just last year, a bill in the Texas Senate tried to make gender-affirming care for minors a felony. While that failed to pass, Abbott later signed a bill that prohibits trans students from competing for gendered sports teams that fit their identity, despite no evidence being provided that they have an unfair advantage. The National Coalition for Women & Girls in Education and American Psychological Association have both come out against such laws.

Anti-trans cultists usually cite outdated, misleading or biased sources to back up their bigoted claims despite mounds of evidence proving them wrong. They’ll resort to bad-faith hypotheticals, like that of a “man pretending to be a woman” entering public restrooms and assaulting children. Bigots concoct a fantasy world that leads them to enact these discriminatory laws.

Misinformation is in full effect when discussing trans rights, and it stops any progress from being made. But when has the truth ever stopped bigotry?

A better question might be: How can this be stopped? Unfortunately, in the U.S., states are given carte blanche to do whatever they want. That is unless President Joe Biden actually lived up to his promise to people in the LGBTQ community that their rights were a “top priority.”

He can talk all he wants about these bills on Twitter, but he can make tangible differences by flexing the kind of power former President Donald Trump did when he was in office.

If Biden cared about LGBTQ rights, he would do everything in his power to stop these laws. And if Abbott or DeSantis actually cared about children, they wouldn’t force trans kids through this psychological torture.

I just hope that all Texans who are trans can find a safe place in these scary times.