Book of the Week: ‘Sadie’ combines prose and transcript to tell the devastating story of two girls 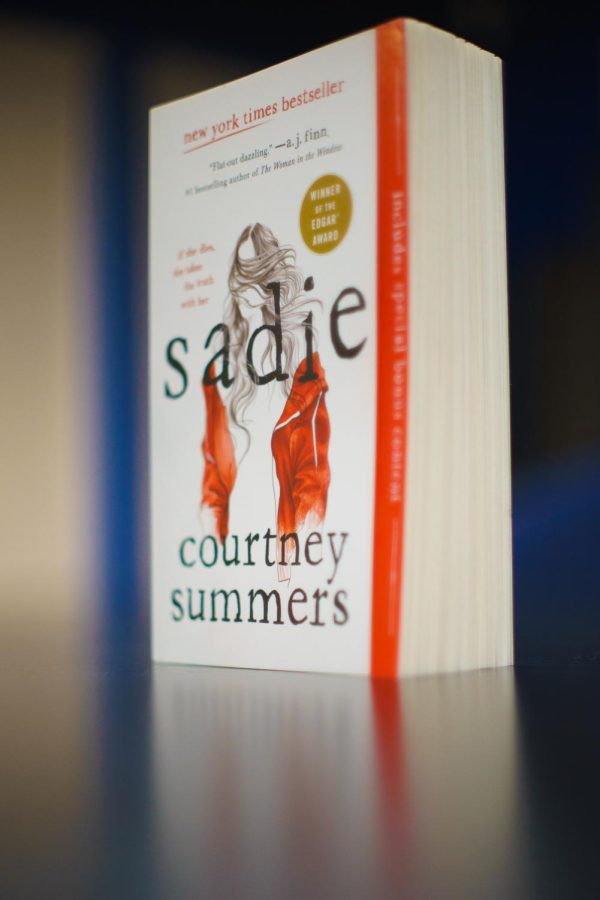 Courtney Summers tells a true-crime story through audio transcripts and first-person narration in her novel, 'Sadie.' Photo by

Since the rise of the true-crime podcast in the 2010s, our perception of how we view crime has changed. We tend to fixate on serial killers and their victims as characters in a fictional narrative. They are completely separated from the reality we live in.

“Sadie,” written by Courtney Summers, combats that in a unique way, with the novel being written from two perspectives. The first is a transcript of a podcast called “The Girls,” which attempts to tell the story of Mattie and Sadie, two sisters who grew up in the rural, forgotten town of Cold Creek.

The story opens with 13-year-old Mattie’s murder, leaving her sister, 19-year-old Sadie, to pick up the broken pieces. Sadie takes off in search of Mattie’s killer, leaving behind May Beth, a surrogate grandmother for the girls.

When Sadie’s abandoned car turns up with all of her belongings in it, May Beth calls upon radio host West McCray to try and find Sadie, telling her and Mattie’s stories along the way. Juxtaposed with McCray’s transcripts, Sadie tells her own story of abuse and loss. While some teenagenarrators can be irritating or naïve, Sadie is pessimistic, determined and impulsive.

The book’s format is something I have never seen before. At first, it took a while to get into it. I’d pick it up and read a chapter or two in a sitting, but once I got hooked, I was devoted to finishing the book in just a few days.

One of the aspects of the book that intrigued me the most is the secondary characters — the ones that Sadie and McCray interact with that aren’t significant in the moment, but are vital to the plot. In particular, I like how they talk to McCray. The moments that we see them interact with Sadie later reflect on their podcast appearance, even if they don’t share all of the details that we get from her narration.

“Sadie” shows the possible upside of true crime. While I have spoken on the negatives, such as the retraumatization of victims and their families, the novel takes the consequences of editorializing true crime in a different direction. In an investigation where Sadie just disappeared, McCray is the only one who cares enough about her to try and figure out what really happened.

This book can be incredibly heavy at times. It has themes of childhood sexual abuse, murder and addiction. However, Summers handles them with skill. They never felt so extreme that I couldn’t keep reading.

If you’re a hardcore fan of true crime, you’ll really enjoy “Sadie.” However, I am not one of those fans. The ending of “Sadie” is depressing, much like most cases of this nature. I was left unsatisfied by the ending, hoping there were just a few more pages when I got the answers to my remaining questions but that’s not real life.

While “Sadie” is a work of fiction, it feels real. The people feel real. The plot is believable. I would not be surprised if Summers had based the entire novel off of a real event, which really sucks. Regardless, I would still recommend it.