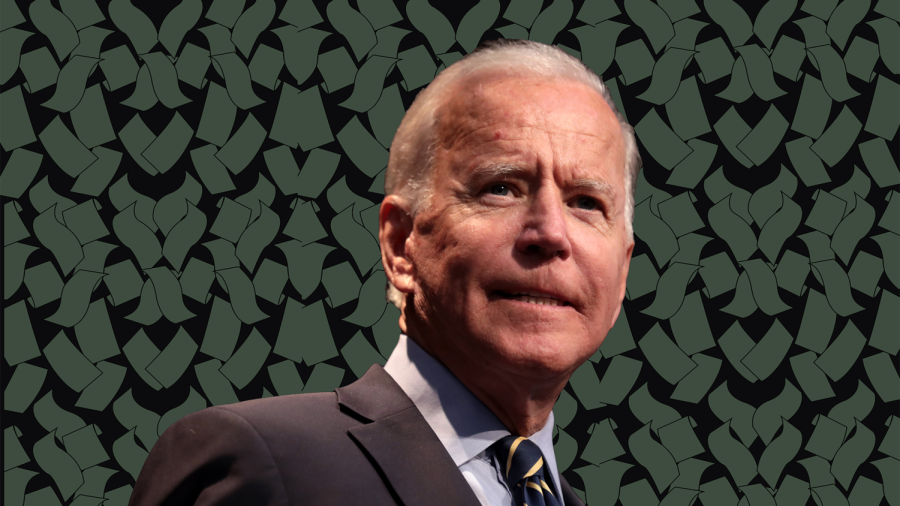 A presidential campaign is like an over-hyped movie trailer. However, President Joe Biden’s attempt to forgive student loans is a scene that we’ll never see in the actual movie.

U.S. student loan debt is $1.75 trillion and “grows six times faster than the nation’s economy,” according to the Education Data Initiative.

I was persuaded by Biden’s presidential campaign. He vocalized his commitment to forgive student loans, invest in community colleges, double Pell Grants and provide free education to low-income students. As a  Biden voter, I was all for him wiping out my debt, but he left me in the dark.

Biden has made little to no progress with his promise. He put a temporary hold on federal loan repayment and relieved more than $11 billion of debt within his first year of presidency.

Congratulations to those handful of Americans, but the rest are doing no better than before.

The amount of people suffering from student loan debt is longer than the list Santa checks twice. The thing is, I have no idea to what extent Biden will go to relieve federal student loans. Based on the progress he’s made so far, it seems that he doesn’t care to fix this crisis overnight. Biden’s presidential campaign feels deceiving, offering Americans false hope that their debt will be wiped.

Student loan debt is a major problem for everyone involved. The average annual growth rate for the U.S. federal student loan debt is 16.1%. In France, however, student loans are not a national issue. French students do not have to take out loans because tuition ranges from $200 to $2,200. By contrast, the average American is left with $37,113 worth of debt, if not more.

The consequences of paying back debts are damaging for one person to handle. It’s not easily attainable or affordable. The six-month grace period a graduate gets is not graceful at all. It’s unrealistic to think every student will have a job opportunity to help them repay their loans.

Federal loan repayment plans are set so the person can be cleared of debt within 10 years. A decade or more is like a never-ending burden, as life is constantly throwing you bills. Young adults struggle to live as it is, and their debt will carry on in their adulthood.

The cost of living in the U.S. is disgusting. The chances of someone moving out from their parent’s home immediately after graduation is almost unheard of. About 54% of college graduates plan to move back home according to a 2019 report by Apartment Guide. With limited job opportunities that pay a recent grad a liveable wage, you can’t expect them to afford all their bills. The additional stressor of paying off federal loans is discouraging for a young adult’s transition to the adult world.

I know if I win the lottery, I would throw my lucky earnings to pay off my debt. I struggle knowing that I have over $14,000 in federal loans with additional private loans piled up. I still have another year of college, and I feel miserable knowing I’ll have additional debt with interest rates taking more trips to space than NASA. I find comfort that I’m not the only one in this boat, which is tragic for me and my peers.

Student loans are ruining my life. It’s shameful that higher education is unaffordable, and some may argue that if you can’t afford school you shouldn’t go. However, Americans should be able to receive an education regardless of their low income. It’s not always someone’s fault that they’re poor.

Federal loans might be ideal in the short term, but chances are it doesn’t cover the full tuition cost. The aftermath of repayment looks like a laundry bin of two months worth of dirty clothes.

Biden told voters what they wanted to hear. He knew younger generations and parents would appreciate his promise of forgiving student loans. However, the federal debt being cleared looks like an apology borrowers will never get.