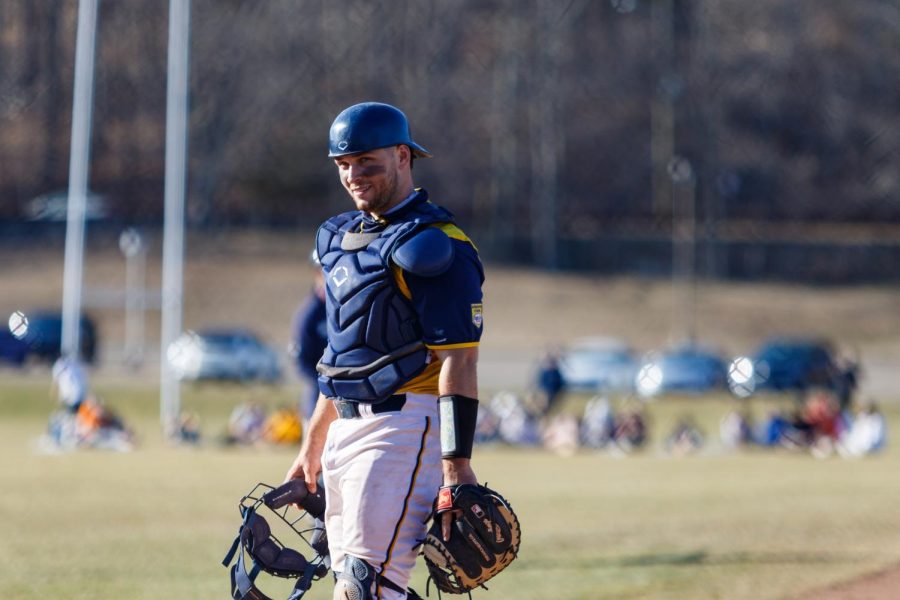 If this was a batting average, it’s good enough to get you in the National Baseball Hall of Fame. But it isn’t. This winning percentage is not good enough if your aim is to win the MAAC, which the Quinnipiac baseball team tried to accomplish in 2021.

The team was led by a number of players who have since graduated, including catcher Colton Bender, pitchers Blake DeCarr and Dakota Herman, infielder Dylan Lutz, outfielder Andre Marrero and utility Evan Vulgamore.

Marrero accrued a .429 on-base percentage and led the team in slugging percentage (.570). Lutz was first on the team in batting average with a .309, meaning he hit the ball approximately three times every 10 plate appearances. The San Diego Padres drafted Bender in the 10th round of the 2021 MLB Draft, and Vulgamore was on the All-MAAC First-Team in 2021.

On the mound, the team lost DeCarr and Herman, who both tied for second on the team with eight appearances. DeCarr finished the year with a poor 8.27 ERA, allowing 25 runs and 1.84 walks and hits per innings pitched.

Losing your four best hitters and two of your most consistent pitchers creates a massive gap in the lineup that underclassmen need to step up and fill. The million dollar question: Who will the Bobcats look to?

Ostberg is one of the eight remaining players from the 2019 NCAA tournament team and a staple in the lineup for Quinnipiac. Though he is coming off a down year, batting .245/.287/.309 last season, he will still add consistency, and could bounce back.

When Ostberg returns to the lineup, he will also provide an underrated facet of the game: the stolen base. His five stolen bases last year led the Bobcats, who stole a combined 22, in the bottom half of the MAAC. Look out for Quinnipiac to play some small ball — utilizing bunts, stolen bases and hit-and-runs — in order to get some extra runs in tight games against competitive teams like No. 10 NC State and the defending MAAC champions Fairfield, who went 33-1 in conference play last year.

Having someone like Ostberg who knows what a successful team looks and feels like, will guide this overwhelmingly young roster through a tumultuous year.

Out of the 32 players, 23 on the active roster are freshmen, sophomores and juniors.

Look to junior outfielder and pitcher Anthony Donofrio and junior pitchers Brandyn Garcia and Kevin Seitter to anchor this team not only for this season, but for the rest of their careers as Bobcats.

Donofrio transferred to Quinnipiac last season from Division III Cortland where he had six hits in 11 at-bats, with a .600 on-base percentage and a .636 slugging percentage in 2020. In the three games played this year, Donofrio is batting .462/.563/.538 with five RBI’s on the year. Donofrio will add a stable and consistent offensive and defensive presence to this Bobcats team.

However, with the offensive prowess that the Bobcats bring to the table, keep in mind they scored eighteen runs on Sunday against Saint Joseph’s, baseball is the epitome of a team game. Pitching needs to be elite for Quinnipiac to win ball games this year, too.

Garcia and Seitter are two anchors of this young Bobcat pitching staff that both bring an arsenal of velocity and break. Garcia showcases a fastball, curveball and slider from a sidearm release, almost Madison Bumgarner-esque, whereas Seitter brings a four-seam fastball, two-seam fastball, changeup and curve.

Garcia was a workhorse on the mound, leading the team with 33.1 innings pitched and posting a solid 4.32 ERA with two complete games, but the Bobcats were second to last in the MAAC last year in team ERA with a 7.21 ERA. It’s worth mentioning that Quinnipiac only pitched 206 innings last year, but still not acceptable for a team that won the MAAC in 2019.

One more thing worth noting is that every team in the MAAC played doubleheaders for all of its regular season games last year, truly testing its depth as a club. The Bobcats failed this test, and it’s going to get worse this year as all the graduates they relied on are gone.

Quinnipiac is slated to play much stronger teams in its long stretch of road games. Beginning the season, they tend to lose more on the road than when it gets into MAAC play at home. That stretch will hit hard this year as it plays Saint Joseph’s, NC State, James Madison, George Mason, VCU and Saint John’s all for a three-game series before it begins conference play against Canisius on April 1.

This baseball team has an abundance of young talent, there’s no question about that. But will this young talent be enough for the Bobcats to be competitive this year?

There will be an uptick in offensive production from Donofrio, sophomore first base and outfielder Sebastian Mueller and junior infielder McGwire Tuffy, who is batting .375/.444/.375 along with hitting the team’s only home run on the year, but the pitching will still remain lackluster despite improvement.

With offense and pitching refinement along with their challenging conference schedule, it’s fair to say Quinnipiac could reach 20 wins.

Look for a team that will suffer a lot of losses, but will come out improved, ready for battle and possessing more experience for next season.