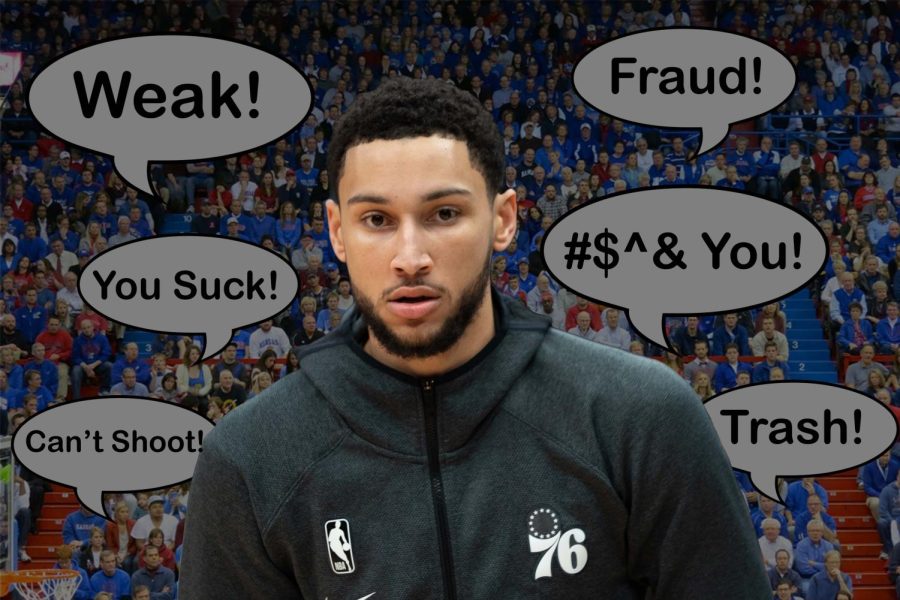 According to Athletes for Hope, 35% of professional athletes suffer from a mental health crisis. Meanwhile, it feels like sports fans have become more ruthless to these athletes every day.

As athletes continue to open up about their mental health, it’s time fans start treating these players as people too. Over the past four to five years, athletes across all sports have expressed their struggles with mental health.

Brooklyn Nets guard Ben Simmons has been one of the latest athletes to share his experience with mental health issues. Before the season, ESPN’s Adrian Wojnarowski tweeted that Simmons has said he is not mentally ready to start the 2021-22 season. All of this is after his 2021 playoff run with the Philadelphia 76ers, which ended with Simmons playing poorly and the entire city of Philadelphia turning against him.

After receiving an entire offseason’s worth of backlash on social and traditional media, Simmons decided he wasn’t mentally prepared to begin the season. Even after that announcement, he continued receiving hate online.

Simmons was finally traded to the Brooklyn Nets on Feb. 10. Philadelphia fans still logged into Twitter to spread hate, especially in replies to the official 76ers account, following the trade. Many people have even said that Simmons is faking his mental illness. Continuing to publicly resent a player, especially after they have said they’re dealing with mental health issues, is beyond disgusting. Mental health issues should be treated seriously and athletes deserve to be supported, especially at a time when mental health awareness is in the spotlight.

In 2018, Cleveland Cavaliers forward Kevin Love and Chicago Bulls forward DeMar DeRozan were two of the first prominent NBA players to open up about their mental health struggles. Love wrote an essay in the Players Tribune where he opened up about a panic attack he suffered in the middle of a game. He said that was the moment he realized he had to talk about his mental health. DeRozan opened up to the Toronto Star about his struggle with depression.

Although DeRozan and Love received a great amount of support, it shouldn’t take these athletes opening up for them to be treated like human beings. They put on their shoes the same way we do and go through similar everyday struggles. Just because they are famous and have humongous contracts doesn’t exempt them from being stressed and overwhelmed.

Places such as Philadelphia, New York  City and Boston have a reputation for being tough markets for athletes because players will only get support when they’re succeeding. The fans of these cities are exceedingly harsh, especially when players are playing poorly or in a slump. Boston specifically has a reputation for being racist towards athletes. Racism unfortunately plays a major part in online harassment.

All three athletes were probably already feeling awful about letting their team down. But to see all of the racial abuse is terrifying, and I can’t imagine the effect that has on their mental health, especially at such young ages.

Similar to Simmons, Atlanta Falcons wide receiver Calvin Ridley decided he had to step away from the game. In a tweet, Ridley explained that he had to sit out for the rest of the season and focus on his mental well-being instead. Ridley hasn’t been active on social media since then.

Philadelphia Eagles offensive lineman Lane Johnson also took a break from the season, missing three games for the Eagles. Johnson has opened up about mental health in the past and was supportive of Ridley’s decision to step away.

These athletes are burdened with expectations, and anxiety, stress, depression and other mental health problems are a big part of their lives already. Fans should be supportive and appreciative of these players rather than giving them hate and negatively affecting their mental health.

Athletes are people too.