Save yourself time, get to the point 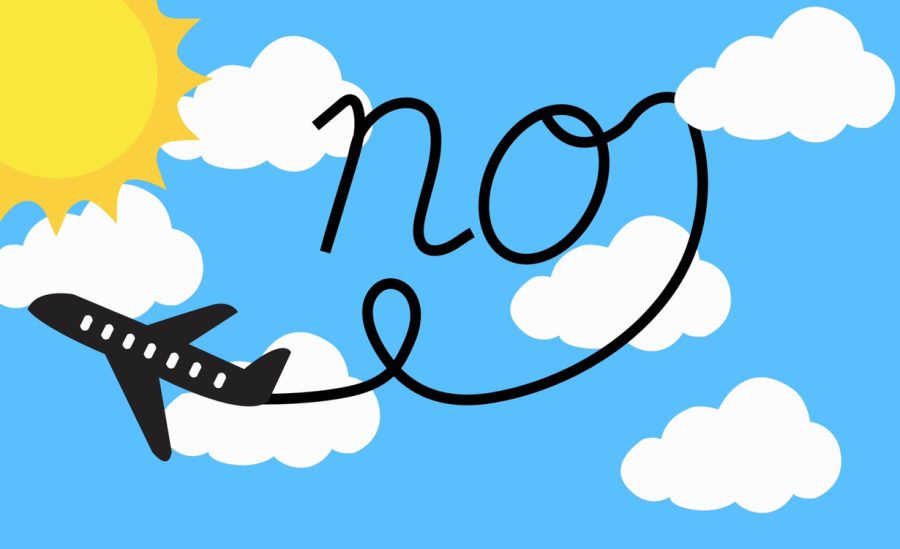 If the world can agree on one thing, it’s how to say no.

“No” may be a simple term, but it’s extremely powerful. The blunt response can be beautiful, however, it leaves us wondering if the situation was handled correctly. People shy away from saying the two-letter word because it seems too aggressive.

Most times people want to be empathetic to their peers — well, at least I think. We find ourselves in situations that we don’t want to be a part of. As many similar interests you and your friends might have, you’re different people. They could invite you for a night out or a road trip to the Mall of America, and maybe you’re not into that. Your response can be as simple as saying no, but that’s almost never the case.

People usually have a hard time rejecting others and make the action more complicated than necessary. Instead of saying no, they give responses such as, “I’ll get back to you,” or “I have to check my schedule.” In their minds, they already made the decision not to go. It seems like you have to keep your friend status updates even when you could’ve said no in the first place.

The situation can escalate where you tell your friends you have other plans. They can follow up with you and ask how things went. Sometimes people might have a hunch that you didn’t want to see them and have a speed round of trivia questions for you. A hard lesson to learn is you can never keep up with the lies.

Lying gives me major anxiety. I feel instant paranoia trying to pull off a scheme. It saves my sanity to be truthful rather than spewing out a fake scenario. I understand it can be difficult to say no to a friend, but what’s worse is them finding out you lied.

Do yourself a favor and keep it real.

People appreciate it when you are straight up with them. I have been the friend on the other side, and it can be annoying when you’re left waiting for a definite answer. There are times when I felt like a bother constantly asking if they were going to follow through with plans. I understand that they weren’t trying to let me down, but in the end, I still was hurt for getting the run-around.

Being told no doesn’t hurt as much as you think it does. I have been told no many times, and my reaction varied. I know when I was younger if my mom told me no, I’d just ask my dad immediately afterward. It would backfire sometimes, but that’s a part of growth. If I were to be told no now, I’d accept the rejection and move on with my life. If I didn’t understand why I was told no, I’d ask why and communicate with the person.

However, some things are left better unsaid so you can’t push them to explain. When you provoke people too much after they say no, it can lead to an unwanted reaction.

It took me a while to learn that it is OK to tell people no. There is no reason why I should feel embarrassed or worried about something I don’t want to do. I have been in plenty of scenarios where I agreed to take on tasks when I didn’t want to disappoint someone. It is important to be vocal about the actions you don’t want to make. It feels good to say no, because I know if I were to say yes, I might not feel comfortable following through. The key is to stay truthful to others and most importantly, yourself.