It’s not easy being green: The pressure of perfection as an environmentalist is a lot to handle 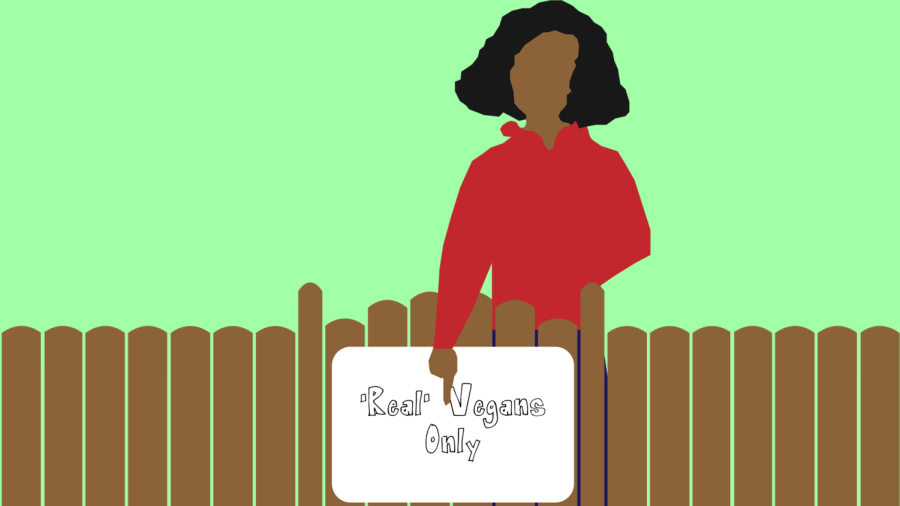 I’ve never experienced more gatekeeping than I have during my journey as an environmentalist.

The more I make a name for myself at Quinnipiac University, the more people find out that I am a vegan. I wear the badge proudly and advocate for it any chance I get. My close friends also know that, beyond my diet, I try to create minimal waste. I use toothpaste tablets, a bamboo toothbrush, vegan toiletries and a reusable water bottle, yet it still never feels like enough.

Imagine if every time you chose to eat a beef burger, another meat eater was criticizing you for not having turkey instead; that you had to feel guilty every time you decided to nourish your body.

In 2020, I joined the Vegan New England Facebook group, hoping to learn about new restaurants to try or recipes I hadn’t thought of before. Instead, I’ve seen bullying and volatile words exchanged between strangers who both identify as part of the same community because one is “less” vegan than the other.

If you choose to not eat meat, you get praised in these spaces. But if you purchase a plant-based option from an establishment that also serves meat, you get criticized for spending your dollar the wrong way.

Where I see inclusivity in spaces where everyone has an option they can enjoy, others see assisted murder. There are also whole food or raw vegans, astonished by the audacity to pay someone else to cook for you when you should be growing, harvesting and cooking your own meals from home instead of spending a dollar on the harmful, capitalistic supply. And don’t even get me started on the honey debate.

According to Live Kindly, vegan food sales are growing twice as fast as overall sales, with a total plant-based market value of $7 billion in 2021. Shouldn’t we be celebrating statistics like this instead of telling a low-income 26-year-old that she doesn’t count as a vegan because she misread a label and ate something with milk?

Point being, for a community of people which brands itself on compassion, acceptance and care, most environmentalists treat others who aren’t up to their more extreme standards as worse than a criminal. It’s as if they redirect the violence average people place upon the torture and murder of animals to other people, even if those people all share the same end goal.

This reality has translated to personal feelings of guilt and shame.

I’ve noticed more and more that if I talk to a fellow vegan or vegetarian about my favorite food, if my answer isn’t baked tempeh or steamed tofu, there is a split second, a quick pang, of passed judgement. How dare I love greasy dairy-free mac and cheese so much.

My dietary experiences are such a small factor in this issue.

I claim wellness as a passion. But how dare I only go to the gym a few times a week and occasionally practice yoga.

I claim environmental justice, yet I have not attended a climate rally. The petitions I have signed, and the social media posts I make are nothing compared to what a true activist should be doing.

I claim to be educated, yet I still get around by driving a car instead of biking or walking.

And even though I claim sustainability, I am wrong for occasionally using paper plates or plastic utensils, despite the fact the vast majority of the time, I eat from reusable plates made of wheat and with metal utensils.

In 2021, we’ve seen our fill of divisiveness. The 2020 election left a chilling effect on our nation, and it’s scary to try to find community.

So why are we wasting energy, anger and spirituality on hating fellow environmentalists for not meeting false standards? There’s no rule book on how to save the Earth as an individual. There’s no chief of staff.

It’s just you, me and our metal straws.