Too early or not early enough? When should the Christmas season start? 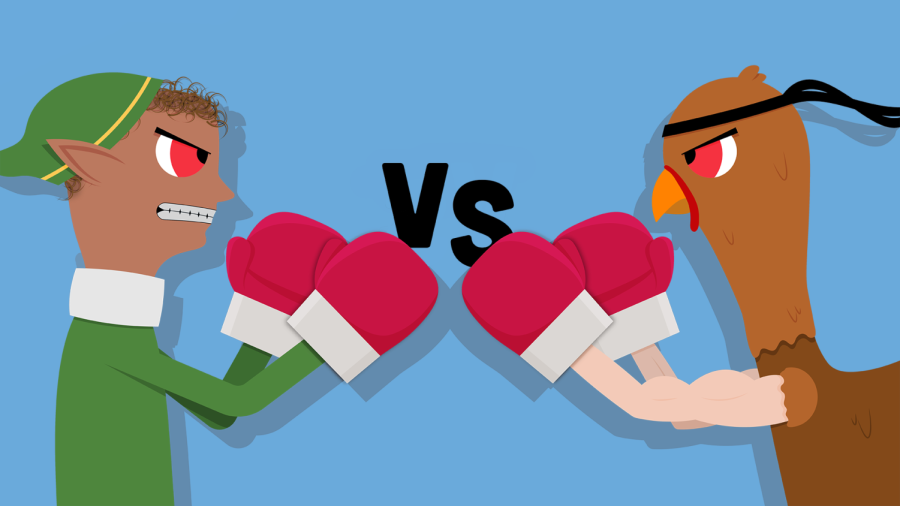 Around this time every year, families and friends argue about when Christmas festivities should officially begin.

For me, the Christmas season starts whenever you want it to, whether it’s in October or the Friday after Thanksgiving. That’s right, I will blast Mariah Carey and Michael Bublé and watch seasonal classics like “Polar Express,” “Home Alone” and “Christmas Vacation” on my TV from early November through late December.

A beautiful thing about Christmas is the countless number of carols, songs, movies and shows there are about the holiday. The Hallmark channel shows Christmas movies starting as early as October — and for good reason. It is never too early to get in the holiday spirit.

Every year my parents watch the Hallmark channel’s corny Christmas movies weeks before Thanksgiving starts. I used to think they were crazy for not waiting until after the Thanksgiving festivities, but it’s not so crazy when you think about it. That Christmas joy is contagious and even those campy Hallmark movies have the ability to spread joy to viewers well before the Christmas season “officially” starts. I know for sure that by December, people like my parents will be filled with joy and happiness, while some of the people who waited until after Thanksgiving will be acting like Scrooge’s all season long.

I used to wait until after Thanksgiving to get into the Christmas spirit, but now as a college student, the early part of December becomes a time where I am scrambling to get projects done and preparing for major exams. With schoolwork taking up most of the time leading up to Christmas, I find that the holiday always comes and goes quickly without me being able to fully enjoy it. Now that I do not force myself to wait for Thanksgiving to be over, I am able to get into my joyous Christmas mood well ahead of time.

You should get your friends and family together and watch “Rudolph the Red-Nosed Reindeer,” and start listening to your favorite Christmas playlist on Spotify before Thanksgiving if you embrace the holiday spirit early this year.

As a kid, when I went out trick-or-treating, I walked up to houses on Oct. 31, and — to my confusion — heard Christmas music playing in their living rooms. Not only had Turkey Day not arrived, but Halloween hadn’t even finished yet.

Although it has no holiday music, Thanksgiving deserves ample attention. It’s a time when families across the U.S. rejoice in comradery, delicious food and the holiday spirit.

Comparing Thanksgiving to Christmas is like comparing apples to oranges. They each serve their individual purposes and aren’t meant to be combined. Let the turkey have the recognition it deserves!

Much to my dismay, my local radio station, KOSI 101.1 in Denver, Colorado, starts playing Christmas music at the beginning of November. I would turn on the car to Bobby Helms’ famous guitar riff and immediately turn off the radio for the remainder of the car ride, knowing that I will be hearing different versions of “Jingle Bell Rock” for the next two months straight.

While it is never too early to get in the holiday spirit, it is always too early to be playing Christmas music during the month of November. By the time Christmas actually rolls around, I have heard so many Christmas songs that I need a year-long detox from Frank Sinatra and Brenda Lee.

Although there are few things as calming and soothing as Michael Bublé’s voice, I don’t need him to tell me that it’s beginning to look a lot like Christmas on Nov. 1, while there are still leaves on a majority of trees.

There is a certain sentimental feeling walking into stores on Black Friday and hearing Dean Martin and Mariah Carey’s songs play over the speakers. I hear those songs knowing that I just have to make it through three more weeks of school and then there are two weeks of pure bliss. Skiing, hot chocolate, spending time with family and friends, singing and dancing to the sights and sounds of the Christmas season are the joys of winter break.

If the Christmas season spans itself over four different holidays, what happens to the exclusivity that comes with Christmas? What happens to the feeling of falling asleep halfway through your Christmas movie marathon on Dec. 24, when you’ve already watched the same movies four times this year?

In the words of Andy Williams, Christmas is the most wonderful time of the year for so many families around the world. Let Santa and his reindeer have their month of fame, and give other holidays some breathing room from being suffocated by Christmas festivities.

The holiday season is an important part to the end of the year, but Christmas music does not belong in the month of November. And yes, Connor did make me listen to Bublé’s Christmas album while writing this.