Bobcats win their first game with home fans in 621 days 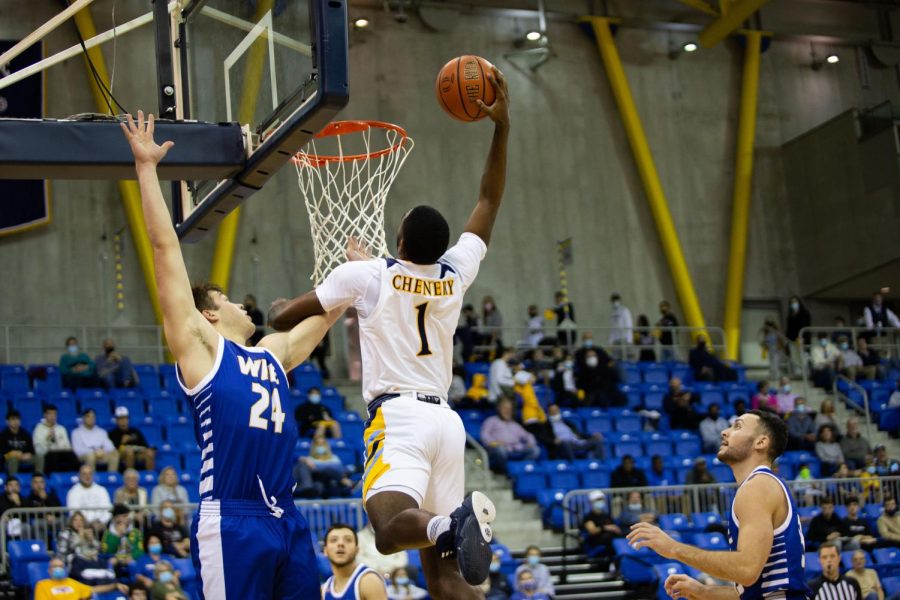 After the Quinnipiac men’s basketball team lost its season opener to No. 21 Maryland 83-69 on Tuesday, the team dominated Division III Western New England 103-52.

It is the first time that the Bobcats have scored over 100 points since February 2019. This was also the first time in 621 days the team had home fans in attendance. For some players, it was more than just having fans show up, family members were also welcomed.

“That was exciting … honestly for me, it’s hearing the boom from my father,” senior guard Tyrese Williams said.

Quinnipiac completed a 24-0 run and went up 39-17 with six minutes remaining in the first half. Redshirt junior guard Matt Balanc led the unit with nine points during that period of time. Balanc impressed off the bench against Maryland with a career-high 25 points.

The Bobcats entered halftime up 47-28. Graduate student forward Kevin Marfo had seven assists in the first half, his career high was eight going into the day. Marfo fed cutters at the hoop, and Western New England had no answer. Marfo did not have a single shot attempt and was focused on his passing. Marfo started in the second half but did not play much due to the Bobcats having a big lead.

In the second half, it stayed all Bobcats. The Golden Bears were getting open shots but could not convert. Graduate student guard Alex Sikorski, especially, finished the day with a team-high 17 points but shot a poor 6-17 from the field. Halfway through the second half, Quinnipiac was up 77-41.

Redshirt junior guard Savion Lewis had a double-double,10 points and 10 rebounds, and was three assists short of completing the triple-double.

Balanc continues to be a bright spot for the team, dropping 17 points on the Golden Bears. His athleticism was widely noted after a poster dunk in the loss against Maryland that landed at No. 2 play on ESPN’s SportsCenter top 10 plays on Tuesday.

The Bobcats will look to add to the win column with a home matchup against Holy Cross on Monday.