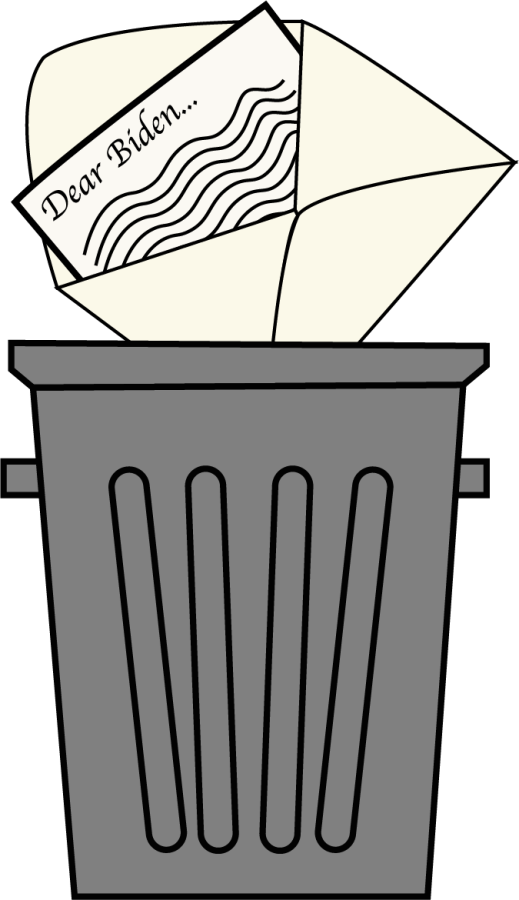 SGA President Nick Ciampanelli said the letter inherently only looks to solve the issue temporarily, and that’s not what the organization stands for.

“We are here to support the current and future students of this university,” Ciampanelli said. “By taking action to temporarily resolve such a present issue, we will not be abiding by our own values.”

After the SGA voted to reject the motion, Quinnipiac Democrats released a statement expressing its disappointment, saying that “it is an insult to low-income students who depend on loans” to come to Quinnipiac as well as to those who graduate with debts.

The club created a petition urging the SGA to reconsider its decision. The petition has only gained 21 signatures at publication. Paul Cappuzzo, QU Democrats president, told The Chronicle he was disappointed in SGA’s decision.

“It kind of felt like a slap in the face,” Cappuzzo said.

Given the SGA’s reasoning that it would only fix immediate problems, Cappuzzo said by not signing the letter, it shows that the SGA is not willing to “walk and chew gum at the same time.”

“They should be willing to go ahead and solve the immediate problem, put a Band-Aid on that, and then also go about solving the later problem,” Cappuzzo said.

For 10-15% of Quinnipiac students whose parents took out federal Parent PLUS loans, the median total debt after graduation is at $78,439, the 12th highest in the nation.

As The Chronicle reported in March, Quinnipiac’s tuition and fees for first-year students went up 3% between the academic years 2019-20 and 2020-21. It continued to go up 1.15% for this academic year.

When SGA members debated whether to pass the motion and support the letter, none of them mentioned the amount of debt students are carrying. The debate centered around whether the letter represents the view of the whole student body.

Even though the letter only needed Ciampanelli’s signature, it also required him to state how many students he is representing. While SGA encouraged students to come and share their inputs, nobody showed up to the open forum.

Caroline Mello, a senior class senator, said at the SGA meeting on Oct. 20, that she doesn’t know how students would feel if SGA passed the motion.

“I would sign this, personally, but I have concerns of SGA signing it as a whole because it is a very political statement,” Mello said.

Isabelle Strandson, a sophomore class senator, said at the same meeting that she felt “uncomfortable” with the language of the letter since SGA had not brought it to the student body at all.

“I really don’t feel it’s our place to vote on supporting or not supporting this statement without being able to accurately represent how the students feel about it,” Strandson said.

Vice President for Diversity and Inclusion Jeremy Gustafson said at the SGA meeting on Oct. 27, that the systematic problems won’t end by simply signing the letter and that it would only benefit current, not future students.

“It doesn’t address the problem,” Gustafson said. “Rather, it is just continuing to perpetuate these as summit issues with student finances.”

SGA Vice President Chris Longchamp, senior, did not support the letter. He said passing the motion goes against the education he has received so far as an economics major at Quinnipiac.

“This does not make very much economic sense for the future, considering that we’re only forgiving student loan debt for the current college students,” Longchamp said. “Also, it’s pretty self-serving of us to say we want to cancel debt for us but not for the future generations.”

Chair and professor of economics Donn Johnson told The Chronicle there are no magic wands that can just make the debts disappear. Johnson asked what makes education different from other goods when people wouldn’t cancel house or car debts.

“Canceling the debt to students is not free to the nation, someone still pays,” Johnson said. “Taxpayers (pay) one way or another. And these loans are disproportionately held by middle and upper-income families.”

However, assistant professor of political science Marcos Scauso said it’s a good idea for the federal government to cancel the debts for current students for several reasons, including economic stimulus, students’ financial freedom upon graduation and justice against the profits that have been made at the expense of students.

“We cancel debts of enormous corporations whenever there are crises because the money will supposedly trickle down and they will supposedly create jobs, but we know that a disproportionate amount of money stays in the hands of the top 1% and never reaches workers,” Scauso said. “What if we used tax money to benefit an enormous amount of people directly?”

Scauso said if other countries can provide free education for everyone, the U.S. can do so too. He said the U.S. has spent billions in unsuccessful wars, which means there are more effective ways to adjust the country’s budget to prioritize the people’s quality of life.

“This shows that we can think about the longer term and have the resources to come up with better policies,” Scauso said.

Since Biden became president in January, he has forgiven $11.5 billion out of $1.75 trillion worth of student loan debts. Among students who had their debts canceled were students with total or permanent disability and students who qualified for the borrower defense to repayment program.