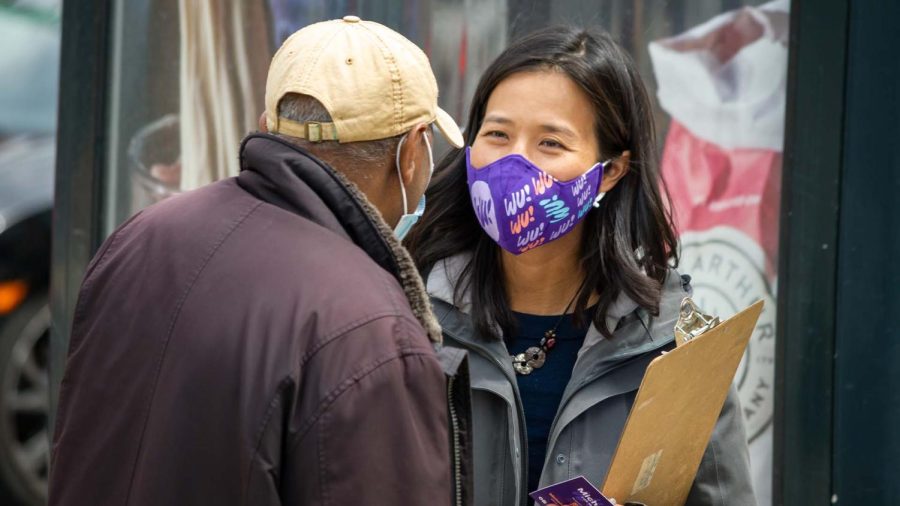 Boston has battled with racism ever since its founding. While every place in the U.S. struggles with the grip of discrimination, the Massachusetts capital sticks out like a grotesque blemish.

Racism can be found in every crack and corner of the city’s streets, from train stations to sports stadiums. Even Boston Celtics legend Bill Russell has called the city a “flea market of racism” in his 1979 memoir, “Second Wind.”

In a 2017 survey by Chadwick Martin Bailey, 54% of Black respondents labeled Boston as “unwelcoming,” ranking it dead last compared to seven other major cities, including New York City, Philadelphia and others.

The failings of the city are etched into the bricks of the public schools. Boston has a 75.4% graduation rate, which is far lower than the neighboring, majority-white town of Needham, which has a 98.5% graduation rate, according to the Massachusetts Department of Elementary and Secondary Education.

The effect that the street someone is born on can have on their chances in life is felt by the generations whose futures have been irreparably harmed.

But there has been no bigger symbol of this racial divide than with the mayor’s office, where only white men have been elected to for the past 199 years — until now.

While acting Mayor Kim Janey is the first woman and person of color to hold the office after former Mayor Marty Walsh resigned to join President Joe Biden’s cabinet, Michelle Wu is the first to be elected after defeating Democrat Annissa Essaibi George on Nov. 2. Wu ran a progressive campaign, promising to massively overhaul the city’s public transportation and police department, as well as implement rent control and a Green New Deal.

Not only is Wu’s victory a symbolic win for the underrepresented populations in Boston, it is the first step in a long path toward fixing this institutional racism ingrained in the roots of the city.

One of the most contentious issues of the election was the Boston Police Department’s role in the city, and Wu promises to reallocate some funding directly into communities that have been harmed by the majority-white department.

Wu’s campaign website states: “It is all too clear that our city’s public safety structures have not kept all of us safe, particularly our Black residents. We must take concrete steps to dismantle racism in law enforcement by demilitarizing the police, banning weapons like tear gas and rubber bullets and practices like no-knock warrants that endanger our residents of color.”

This change is long overdue, especially after the BPD’s horrible handling of the George Floyd protests in 2020. In fact, the BPD only gave Sgt. Clifton McHale, who was recorded bragging about intentionally hitting protestors with his car, a 10-day suspension last month. It’s just one example of a long history of Boston officers being invulnerable to the consequences of their horrible actions.

This lack of action against the “bad apples” is one of the biggest reasons why Boston is seen as such an unwelcoming place for Black residents. If the city refuses to punish those who abuse their power as police officers to injure those they are supposed to protect, how can people of color feel safe?

With a budget of $414 million per year, the BPD is wildly overfunded and has hemorrhaged money through a massive overtime fraud scandal that has caused 15 officers to be charged and nine to plead guilty.

Brutality, fraud and overpolicing have shown that the BPD does not deserve the hundreds of millions of dollars that are poured into it every year. This is indicative of a much deeper issue with policing as a whole.

Harsh punishments for non-violent crimes that take away years of people’s lives have crippled families and made others terrified of the people that are supposed to protect and serve them. The city should look into investing in its people as opposed to their oppressors, and Wu has promised to do just that.

It’s more than just the police, though. Institutional racism runs deep into the housing struggles that many Bostonians deal with. According to census statistics, only about a third of Boston houses are owner-occupied, meaning that the person living there actually owns the property.

Paired with Boston having the third-highest median rental price for a one-bedroom home out of all major U.S. cities, the lack of homeownership has held back non-white communities from achieving housing stability.

Redlining has prevented poorer, predominantly Black communities from getting loans to purchase houses. With surgical precision, banks carved out these areas as “hazardous and undesirable.”

As the COVID-19 pandemic ravaged the country, evictions loomed primarily over the heads of Black renters. The threat of losing your home can cause intense trauma, especially for those who have children to feed. With a commitment to invest into affordable housing, Wu should bring renter protections and an increase in homeownership to Boston.

But while Bostonians can be optimistic for a progressive future, it’s important to remember that Wu is not a perfect angel that can do no wrong. She is still a politician, and politicians tend to falter on some of their promises.

Even the biggest figures in progressive politics like New York Rep. Alexandria Ocasio-Cortez have faltered on their goals in the name of compromise with their conservative peers. While we might have these lofty ambitions for a utopian future, we need to make sure that our elected officials are actually doing what they said they would.

But there’s a lot to be excited for, and thousands of Boston voters bought into the future that Wu envisions. If Wu follows through with the agenda she has set out for Boston, the city on a hill can shine as a beacon of progress for others to follow.