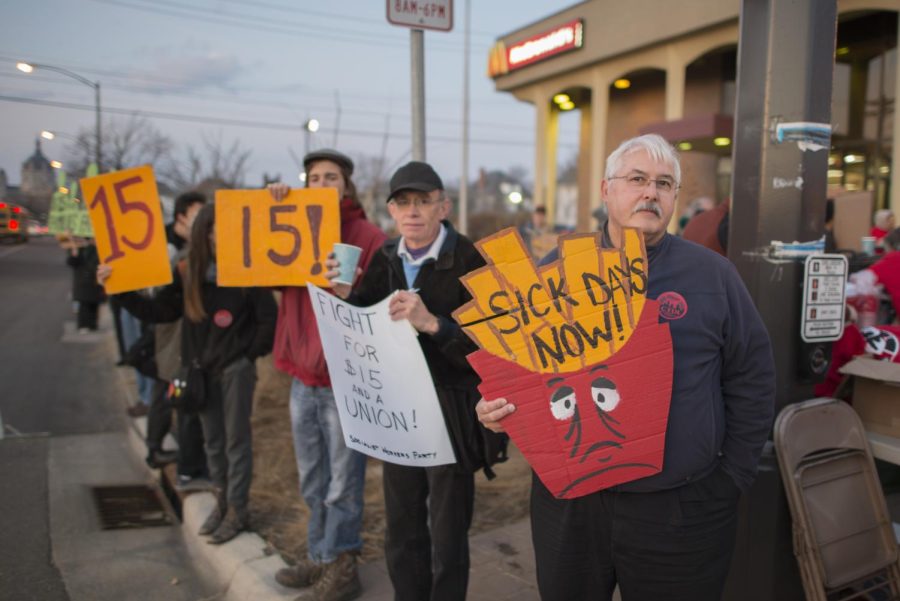 All across the country, businesses large and small have signs in their windows and doors reading “We are short-staffed,” “Please be patient” or “Nobody wants to work anymore.”

The world is in the middle of the largest worker shortage in recent history. There were 10.4 million job positions open in August 2021, according to the Bureau of Labor Statistics. However, 4.3 million people also quit their jobs. There is clearly something going on, but what is causing this weird trend in the workforce?

There are many reasons that the workforce is seeing mass strikes, people walking out of jobs and new positions not being filled, but a majority of them tie back to companies not being supportive of their workers.

To make a long story short, the COVID-19 pandemic led workers to reevaluate how much abuse they will take from their employers.

The best example of this change is the number of strikes that we have seen within corporations such as Frito Lay and Nabisco in the past few months. The most well-known union-company conflict was the proposed strike by the International Alliance of Theatrical Stage Employees.

All the movements urged for better treatment of employees, including increased time off, pay raises and the end of “suicide shifts” where workers only get eight hours off in between shifts.

It shouldn’t come to mass walkouts for companies to give their employees reasonable pay raises and one day off a week. If thousands of workers are willing to risk their jobs by walking out, what does that say about the working conditions they have dealt with for months or years to get to that level of frustration? It is completely understandable that people have reached their breaking point, but companies are choosing to ignore that and continue pushing their employees.

However, those are just examples of mass movements to win rights for a group of workers. There is a further trend of employees being more willing to leave jobs over things that wouldn’t necessarily have been dealbreakers prior to the pandemic.

In what has been dubbed “The Great Resignation,” almost 3% of U.S. workers left their jobs, according to the Bureau of Labor Statistics. While there are many reasons for someone to leave their job, there is a running theme among many: high expectations with little appreciation.

“I do believe there are thousands of individuals who are just fed up,” said Jay Zagorsky, senior lecturer in markets, public policy and law at Boston University, in an interview with the BBC. “They are overworked, they feel underappreciated. Because many workers are in high-wage industries and are working incredibly long hours, there is a significant number of people who are just quitting.”

Underappreciation can be a major reason that employees choose to quit their jobs, but there are a number of other reasons that can lead to that point. For instance, food service jobs and other areas of work where employees have face-to-face interactions with customers saw the largest increase in resignation rates. Whether it be from on-the-job abuse or COVID-19 concerns, these workers are quitting faster and not getting replaced soon enough.

Who can blame these workers for not wanting to deal with the high stress of those jobs? Rude customers, overly demanding bosses and long hours are not worth a stagnant, minimum wage. While many states are making an active effort to raise their minimum wage, the federal minimum wage has been at $7.25 since 2009.

On top of that, a majority of these workers never had an opportunity to prioritize their safety during the pandemic. Grocery stores, pharmacies and takeout restaurants never shuttered their doors how offices could, so their employees remained on the front lines of a pandemic that has caused over 750,000 deaths.

However, many companies are eager to bring their employees back into the workplace. According to LaSelle Network, 74% of businesses report that they want their workers back in the office, but that doesn’t line up with what a majority of employees want.

Why deal with a crappy food service job when you can seek out jobs that have better pay, better working conditions and a more flexible atmosphere?

While job applicants are being more selective about which positions they consider, employers are also convoluting the hiring process. Vox writers Rani Molla and Emily Stewart told the story of a man who applied for hundreds of jobs, but barely heard back from any of the companies he applied at, in an article published on Sept. 20. There are many reasons that an applicant may never hear back from an employer, but some of these reasons are increasingly problematic.

For one, a majority of companies, especially those who get a lot of applications, use artificial-intelligence-based software to screen applicants before a human even looks at them. If a resume does not have the right keywords or phrases, they will get screened out, no matter how qualified for the position they may be.

The lack of human touch early in the application process often leads to the mass removal of qualified candidates from the application pool before their actual skills are assessed. The average corporate job opening has around 250 applicants, according to Glassdoor. Only around five applicants will actually get an interview.

Overall, the entire worker shortage is an issue that everybody should have seen coming. Employees are tired from facing a pandemic that has put their lives and livelihoods at risk for almost two years, and who can blame them?

Workers are being forced to not only do their normal work, but fill in the gaps of jobs that are going unfilled because of the condition of the job, the pay or just that there is nobody to fill the positions, which isn’t even considering the hundreds of thousands of people who have died of COVID-19. It is unreasonable to be asking this of people without facing justifiable pushback.

Companies need to be more compassionate and more effective at handling employees needs and wants. If they don’t, The Great Resignation will only continue to impact our communities.