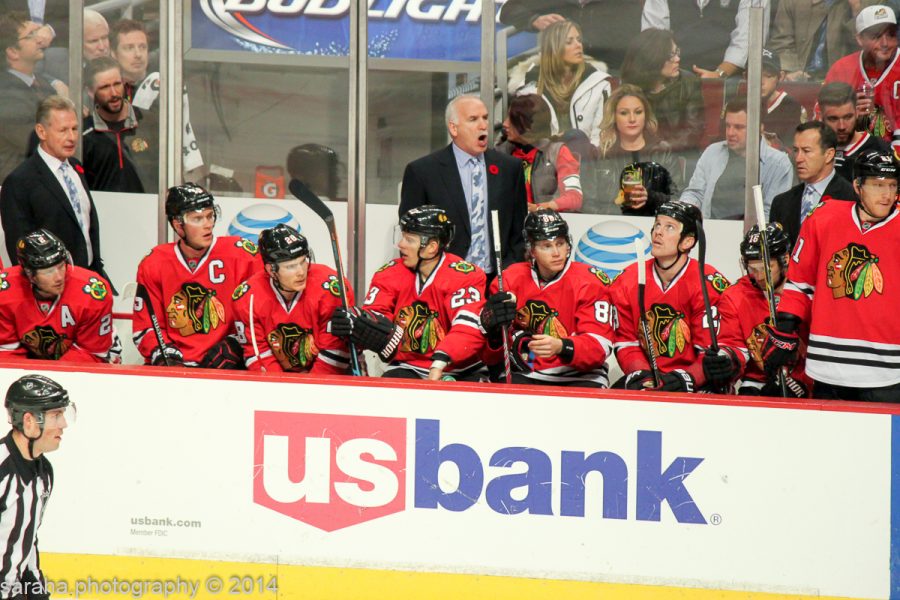 My respect for how the NHL operates has been gradually declining, and with the recent handling of the sexual assault allegations involving the Chicago Blackhawks, my confidence in NHL Commissioner Gary Bettman is fully depleted.

Hockey as a whole has always been a sport where locker room behavior and conversations stay within the locker room. Unfortunately, this has led to several instances of toxic clubhouses as well as racist comments and actions, most recently with situations surrounding former professional player Akim Aliu as well as the disgusting gesture made by Ukrainian hockey player Andrei Deniskin made toward Jalen Smereck in an Ukrainian hockey league game.

Putting the team’s success first does not mean an individual must remain silent in any serious case. This time, keeping quiet has led to one of the most egregious incidents in the history of the NHL.

For 11 years, the Chicago Blackhawks ignored a sexual assault allegation by Kyle Beach against the team’s video coach, Brad Aldrich.

Beach explained the incident as Aldrich invited him over, proclaiming he’d be the one to convert Beach from a reserve to a roster player for the playoffs.

Aldrich proceeded to turn on pornography and make sexual advances to Beach, threatening his career and his ability to walk if he did not comply.

I am woefully disappointed in the punishment enacted by the NHL — just a $2 million fine for the organization. Half of that is being donated to the Chicago area toward organizations that provide counseling and training for survivors of sexual and other forms of abuse.

The fine is embarrassing for Bettman and for the league as a whole. In 2010, Bettman fined the New Jersey Devils $3 million for cap circumvention.

So manipulating the salary cap is a greater offense than hiding a sexual assault allegation for a decade? Good to know where the league stands on supporting its players.

Disturbingly, the Blackhawks’ front office decided to handle the situation three weeks after the allegation happened. A playoff run and eventually winning the Stanley Cup remained the only priority for the Blackhawks.

After those three weeks, the team decided not to investigate Aldrich and his actions.

Just days after winning the Stanley Cup, Beach’s allegations reached a human resources official, which led to the team allowing Aldrich to resign from his position to avoid a potential investigation from the NHL investigation. He received the remainder of his salary through the end of that summer, along with severance pay, and his name was engraved on the Stanley Cup.

After resigning, the Blackhawks allowed Aldrich to celebrate with the team where he then in a separate incident sexually and physically touched an intern without consent.

Following that, Aldrich began working with USA Hockey and the Women’s National Program. Despite requiring background checks, USA Hockey failed to contact the Blackhawks about Aldrich’s departure from the team.

After a brief stint there, Aldrich volunteered at a high school in Michigan where he assaulted a minor in 2012, receiving nine months of jail time and a sexual offender designation in the state.

Multiple people had been sexually assaulted because an organization failed to hold a member of its staff accountable. The front office failed Beach and the two other people that were sexually assaulted, but the lack of accountability in the locker room following the situation with Beach is revolting.

All of the front office members involved should never hold another position with the NHL or in hockey, in general, for their failure to address the allegations and decade-long suppression of Beach’s situation.

Joel Quenneville, the Blackhawks’ head coach at the time of the allegations, stepped down from his current position as the head coach of the Florida Panthers.

At this time, no one involved with knowledge of the allegations is with the Chicago Blackhawks. However, Kevin Cheveldayoff remains undisciplined by the league and is still the general manager for the Winnipeg Jets.

Of those players, the one that jumps out as someone who should have stepped up and talked to the organization was captain Jonathan Toews. Upon hearing the situation preceding the 2010-11 training camp, Toews believed it had been resolved with the resignation of Aldrich and never felt the need to reach out to the front office to confirm.

He also failed to contact Beach about the incident and what had happened.

Chicago named Toews captain for a reason. It’s very rare for any NHL team to award the captaincy to a 20-year-old player. But Toews received it to be the leader and voice of the team.

“Had I been more connected in any way to the situation and known some of the more gory details of it, I’d like to say, yeah, I would’ve acted differently in my role as captain, for sure,” Toews said after Chicago’s loss to Toronto Oct. 27.

He failed to be a leader, and he let down his team for not taking more responsibility. That’s the danger of the whole “keep it in the locker room” mindset because serious situations are avoided for the sake of the team and a good image.

“To me, Stan (Bowman) and Al (MacIsaac), make any argument you want, they’re not directly complicit in the activities that happened,” Toews said. “I just know them as people, and I’ve had a relationship and friendship with them for a long time as part of the Blackhawks family. People like Al and Stan have made coming to the Blackhawks one of the special places to play hockey.”

Comments like Toews’ prove how little hockey has evolved in terms of supporting its players. Coaches and players around the league from opposing teams provided more supportive and accepting responses, casting a darker shadow on the Blackhawks organization.