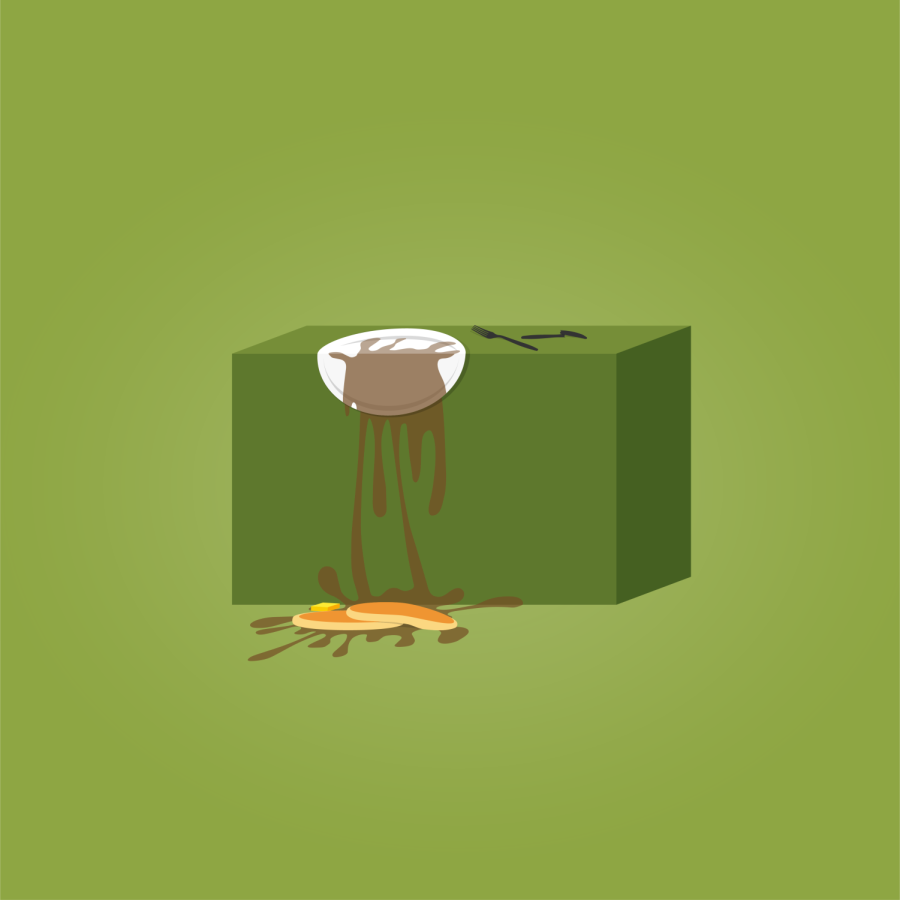 College food will never beat a home-cooked meal in taste or quality. However, students should at least eat with the same utensils at college as they do at home.

While every dining hall is going to differ from college to college, one thing should remain the same: students should use real silverware and plates, not plastic or paper alternatives.

Students are paying tens of thousands of dollars a semester to eat like third graders in an elementary school cafeteria.

After I get off the shuttle I start thinking about what I want for breakfast. I grab my usual order, pancakes, sausage, and bacon. After grabbing my plastic fork and knife, I have to cut through my pancakes like someone trying to fell a tree.

That points toward the lack of quality food, but it also highlights the reality that plastic utensils just don’t cut it — literally.

Quinnipiac and Chartwell officials said in 2019 that dining on the go makes it hard to avoid plastic utensils.

While this can be seen as a concern for universities who don’t want students stealing their expensive silverware, it doesn’t dismiss the fact that adults should use adult utensils.

However, no matter the industry, businesses now face a major problem: many Americans don’t want to return to work. A CNBC article cited two of the biggest reasons people aren’t returning to work are COVID-19 concerns and savings.

Americans have been getting more money from stimulus checks and unemployment benefits than they would if they were actually working. Families also have more money in their bank accounts as a result of many entertainment venues being closed during the height of the pandemic.

While plastic utensils and paper plates are viable options with less staff, it doesn’t say much about the university. In the 21st century, everyone is concerned about being green and trying to “save the planet.” If a university is using plastic and paper to this extent, it’s not helping the cause one bit.

Every plastic fork and plate students throw out are just going to sit in landfills and slowly degrade.

While there is no exact number, Pela Case and Chariot Energy estimate plastic bottles and styrofoam take around 450-500 years to completely degrade.

Innovate Eco estimates it takes at least 200 years for plastic utensils to completely degrade, and Plastic Pollution Coalition reported they take up to a thousand years.

Environmentalists are commonly associated with the phrase “leave it better than you found it.” They are believers that due to our pollution and emission of greenhouse gases we are quickly destroying the planet that future generations will inherit.

Regulations regarding the environment have become a hot-button issue in the world of politics in the 21st century, with more and more countries pledging to become net zero.

In America’s political spectrum, Democrats are typically more concerned with the environment and climate change than Republicans.

How states vote in presidential elections is far from a perfect science, however recent data points to New England as a Democratic-leaning region of the country, which has gone blue in the last eight elections.

Quinnipiac, a university in the heart of Democrat country, is going against one of the party’s core values, but how college students dine doesn’t have to be a political issue. Give them silverware, plain and simple.