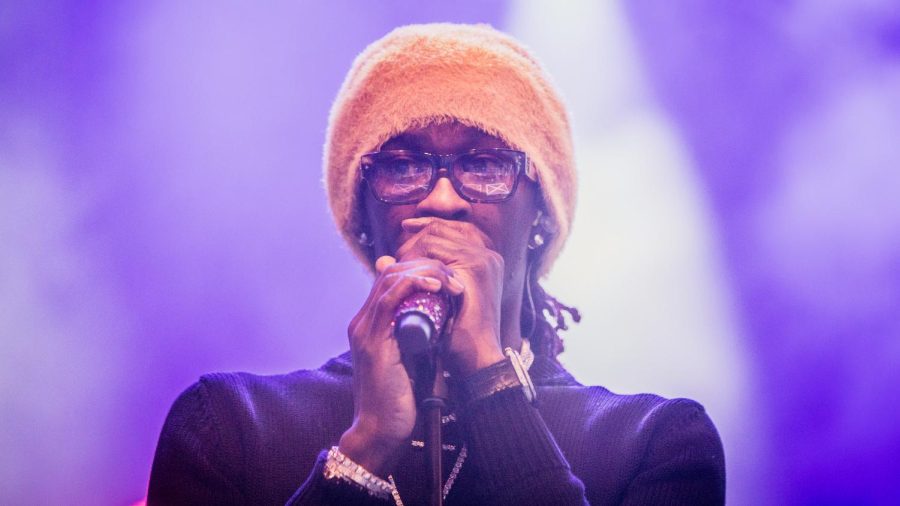 After months of anticipation, “Punk,” the sophomore studio album from Atlanta rapper Young Thug, did not disappoint. Following the April release of “Slime Language 2,” a collaborative project put out by Young Stoner Life, the label Young Thug founded in 2016, “Punk” offered a tone switch from the upbeat party rap to a more melodic flow.

The album opens with the track “Die Slow,” perhaps Young Thug’s most personal song on what is undeniably his most vulnerable album. In the unraveling monologue, he tells listeners of his brother’s time in prison and of his mother’s close shave with death in what feels like a disordered rant.

After rapping about his family problems for four minutes, the song flows into another mellow guitar beat for track two, fittingly titled “Stressed,” where Young Thug raps about how he’s, well, stressed. The song includes a J. Cole feature, and like always, he doesn’t miss. J. Cole’s raspy tone contrasts perfectly with Thug’s high-pitched vocals to make it one of the best songs on the album.

Containing 20 tracks, “Punk” is Young Thug’s longest solo project since releasing “1017 Thug” in 2013. While it delivers several typical Thugger-esque hits, such as “Bubbly” with Travis Scott and Drake, many tracks, like “Recognize Real” with Gunna and “Droppin Jewels,” see the Atlanta native expressing his emotions over an introspective beat.

With over 12 million streams on Spotify in just over a week, “Bubbly” is the album’s premier track. The Travis Scott-Young Thug duo proves to be unstoppable once again. This song joins the ranks of other classics from them such as “Pick up the Phone,” “OUT WEST” and “Floyd Mayweather.” Drake’s feature on “Bubbly” is solid, but Cactus Jack’s performance overshadowed the Canadian rapper.

Another feature-heavy track is “Livin It Up,” featuring Post Malone and A$AP Rocky, which uses a harp alongside a twangy guitar rhythm to create a summertime vibe in October. Don’t get me wrong, it’s a very good song, but if Young Thug was looking for a Billboard hit, this was not the time to release it.

The album ends on its strongest three-track run, starting with “Love You More” with Gunna and Nate Ruess, a song that’s best described as a trap love ballad.

The church bells of “Hate The Game” follow, where Young Thug’s braggadocio lyrics return for one last hurrah over strong 808s, rapping “Just left the Cullinan at Capaco, Rolls-Royce sittin’ on my wrist, and, yes, in plain gold.”

Capping off the project is a track entitled “Day Before” with Mac Miller. The song was recorded a day before Miller passed away in September 2018. Coinciding with the Oct. 15 release of Miller’s 2014 mixtape “Faces” on streaming platforms, “Day Before” leaves the listener pondering the album long after it concludes, finishing the explorational LP with the bar “just a couple things I thought about.”

The production on “Punk” is tremendous, including big-name producers T-Minus, Metro Boomin, Pi’erre Bourne, Wheezy and the producer formerly known as Kanye West. All these producers showed why they’re some of the best in the game.

The album’s shift from the upbeat tempo of “Slime Language 2” and 2019’s “So Much Fun,” Young Thug’s debut studio album, allows the artist to explore a different side of rap as he continues to prove his ability to spit fire in any genre.

While not perhaps the instant classic his previous solo release was, “Punk” is still one of the best albums to be released this year. Its replayability and catchy melodic flow cement this project as a late-night masterpiece, and one that’s sure to grow in popularity as time goes on.