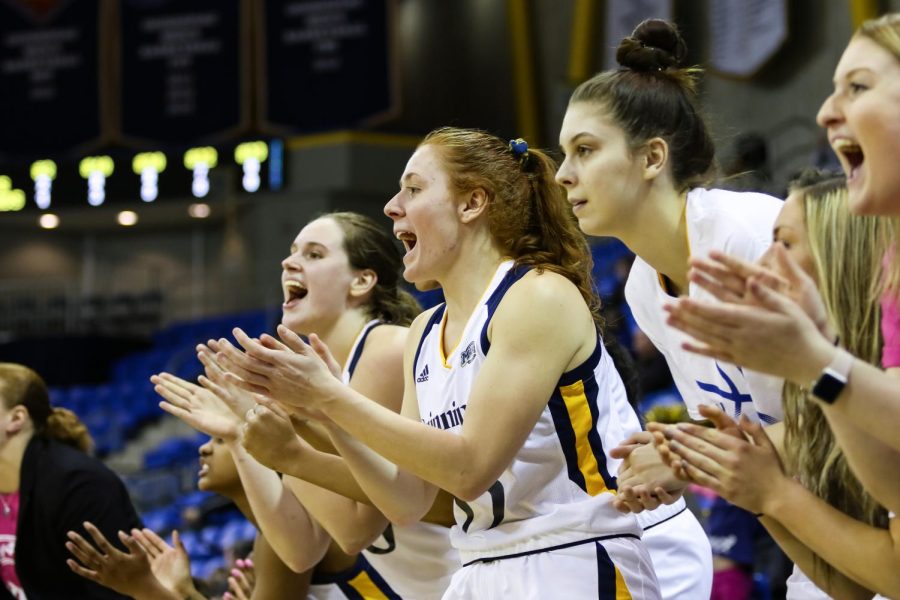 The Bobcats were ranked No. 1 in the MAAC Preseason Coaches' Poll.

That feeling resonated with the Quinnipiac women’s basketball team immediately after its upset loss to No. 7 seed Rider in the MAAC tournament last season and over the entire offseason.

The Bobcats are hungry to get back to the MAAC championship, to win the conference and to compete in the NCAA tournament.

Quinnipiac earned itself a reputation as winners, having won the MAAC four times from 2015 to 2019. After disappointing in last year’s conference tournament, there is a need to return to that, to be great again.

“There’s a true hunger from players one through 16 … for us becoming the best we can one day at a time, and they know the expectations there,” Quinnipiac head coach Tricia Fabbri said.

Fabbri is entering her 27th year with the program and is the winningest basketball head coach in school history with 461 wins. The leadership that Fabbri provides the team is second to none, as the players respect her and view her as a parent figure.

“I see coach as a mom and as an impeccable coach … she’s intense, emotional when she needs to be and she wants us to win,” senior guard Mackenzie DeWees said.

Fans will be back in the People’s United Center this year for the first time since March 2020, which will help Quinnipiac in numerous ways.

The Bobcats enter this year with a lot of hardware. Head coaches in the conference selected Quinnipiac as the No. 1 team in the MAAC Preseason Coaches’ Poll. Individually, DeWees is the reigning MAAC Player of the Year and was unanimously chosen to the MAAC All-First Team along with junior forward Mikala Morris. Senior guard Rose Caverly was selected to the All-MAAC Third Team.

However, individual awards have not shifted the focus away from team success.

DeWees said that she had a knee procedure done in July, so her work on the court over the offseason was shortened compared to other seasons. However, she said this should not impact her game as she is already practicing at full speed.

Along with DeWees, the Bobcats other two leading scorers, Morris and Caverly, are returning for their junior and senior seasons, respectively.

The core of upperclassmen mixed with incoming freshmen provide crucial depth. Freshman guard Reiven Douglas and freshman forward Korin Mereste are already earning their spots on this team and will be instrumental to the team’s success with their contributions off the bench.

“Our depth is a weapon, we’ve got incredible talent, exceptional returners and experience,” Fabbri said. “… We’ve infused (the team) with incredible young talent and a freshman class with Reiven Douglas doing a great job out there.”

Douglas, specifically, can bring energy to this team, regardless if she is vocal on the court or on the sidelines. She has impressed coaches with her leadership and the adjustments she’s already made to her game going from high school to college basketball.

The depth will ensure the Bobcats continue to get back to the free-throw line and rebound the ball well, which Quinnipiac did exceptionally last year. The Bobcats outrebounded their opponents 866-782 and averaged 12.1 made free throws a game compared to their opponents’ 8.6 per game.

Quinnipiac will also premiere a new four-out one-in motion offense this year, forcing opposing defenses to stretch the floor. The new system will create more spacing for the Bobcats and allow them to make different cuts and reads instead of solely relying on the pick-and-roll and off-ball screens.

A big part of that offense will be the 3-pointer, which Caverly can provide in spades, as she shot 39% from beyond the arc last season.

“Having somebody who can stretch the defense out takes pressure off of Mik (Morris) and Mack (DeWees),” Caverly said. “… It relieves some pressure.”

Onto Quinnipiac’s possible competition in the MAAC, two teams to keep an eye on are the Manhattan Jaspers, who were voted No. 2 in the MAAC preseason poll, and the Fairfield Stags, who are No. 3.