SGA VP for finance resigns, the second executive board member to do so this month 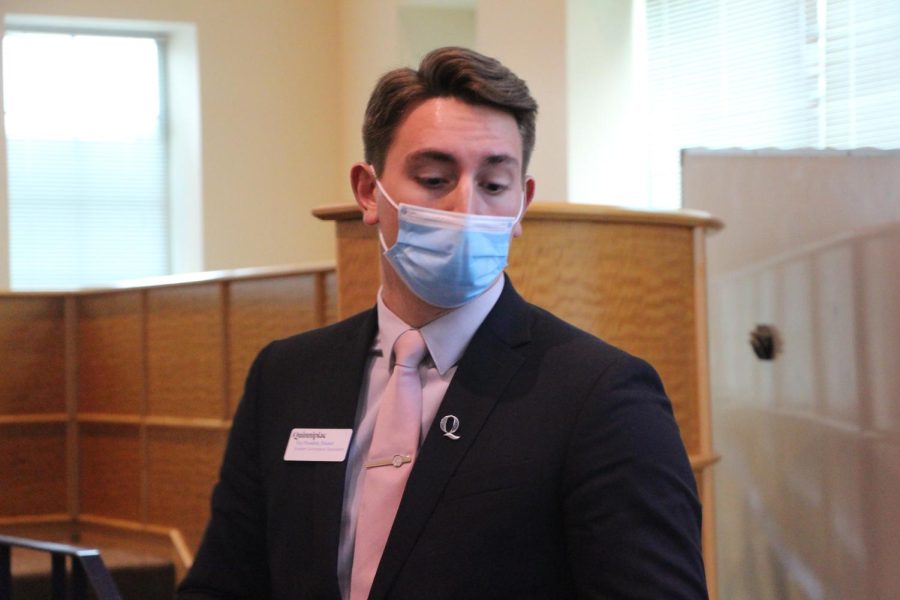 SGA Vice President for Finance Cam Davignon will resign from his post on Nov. 3, 2021.

The resignation will go into effect following a special election on Nov. 3, where his successor will be elected.

Davignon, a senior finance major, said that after discussions with his family, friends and advisors he chose to resign, saying a combination of his academic and personal commitments prevented him from meeting his expectations in the role.

“It’s been an honor and pleasure to serve this incredible group, as well as our student body, and this decision has been truly the most difficult thing I’ve had to do in my college career,” Davignon said.

Despite his resignation, Davignon said he was “confident” that a talented member of SGA would be able to fill the position. Davignon reiterated that he would be a willing and active participant in the transition process, and would be available to students and student organizations.

“As we transition, I will continue to serve as a resource to our student groups and this organization in order to ensure a successful handoff and continuity of the functions within my role,” Davignon said.

Davignon and SGA President Nick Ciampanelli declined to further comment at this time.