Halloween isn’t an excuse for racism 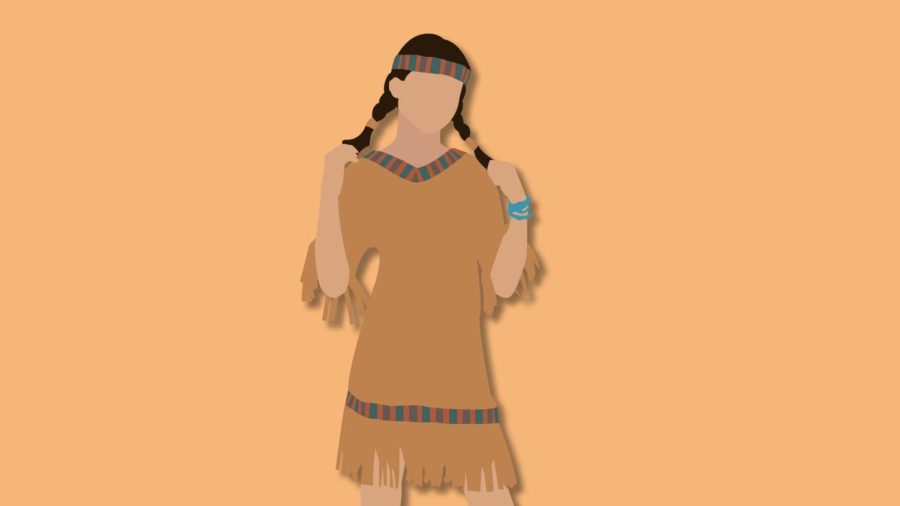 Halloween is a time where everyone can pretend to be someone else for a night. You can transform yourself into a big celebrity like Christina Aguilera or a fictional character like the Wicked Witch of the West — but nobody should appropriate another culture for their costume.

Cultural appropriation is the unacknowledged and inappropriate adoptions of customs, ideas and practices from minority communities into mainstream culture. Some people dress up as the stereotype of a Black person from an impoverished neighborhood. Others appropriate Native American, Chinese and Mexican cultures portraying them as savages, and women in particular are hypersexualized.

It is embarrassing for something in your community to be deemed provocative. In reality, these kinds of cultural appropriation on Halloween should not be taken lightly at all.

Wearing inappropriate costumes can even be more popular at colleges and universities since students are notorious for enjoying Halloween weekend. “Halloweekend” is a popular phenomenon and is an occasion where cultural appropriation tends to happen. During this time, many college students don’t care about their image or what people are thinking of them.

Some think these outfits are pretty and find it more as appreciation than appropriation. Most students do not mean any harm, while some of the student population think that wearing durags and painting themselves a different color is cool.

These actions are extremely derogatory, and it is not a joke to take lightly. As a person of color, I know that racial stereotypes can hurt the way society perceives us. These stereotypes give everyone a bad reputation even if you aren’t involved with the activity described. Hashtags started popping up like #mycultureisntyourcostume and #notyourcostume to provide people to release information about the costumes.

Other students stand by and don’t educate their friends while others may speak up before they make the ignorant decision to dress up as a different race or culture. Don’t be a bystander when someone’s culture is becoming a laughingstock of a costume.

By allowing for this wrongful appropriation, bystanders are part of the problem. They start a continuous cycle, instead of stepping in and being part of the solution.

A quick search on Amazon for costumes of any culture shows over 2,000 results. How would you feel if your culture was used for a figment of imagination for the night? It wouldn’t be a great feeling, right?

These stereotypes hurt non-white communities. However, companies keep producing them each year.

Some think cultural appropriation isn’t real during Halloween because people can wear what they want. Anyone can wear whatever they want, but that isn’t the point.

Some celebrities and public figures don’t understand the harmful effects of cultural appropriation of costumes either. For example, actress Pamela Anderson dressed in a traditional Native American headdress for her Halloween costume in 2019.

The backlash was heard all over Twitter, with comments saying that Native Americans are not costumes and expressing disappointment toward Anderson. Celebrities should know what cultural appropriation is by now because they are in the spotlight. People look up to them, they should know what is right and what’s a bad subject to touch upon.

But most celebrities and public figures receive the fallout from these insensitive costumes.

Virginia Gov. Ralph Northam’s 1984 medical school yearbook featured a photo of him in blackface, and an unknown person next to him was in a Ku Klux Klan costume. People from both political parties called for him to step down, but he didn’t. A lot of people didn’t forgive him, but it felt like his entire incident came and left with the daily news cycle. Cancel culture didn’t affect him at all, and he is still the governor of Virginia.

As Halloween comes and goes, you shouldn’t appropriate a culture that you are not a part of nor understand. It makes everyone look bad, just like you.