Bullying in college is real, so let’s destigmatize being a victim 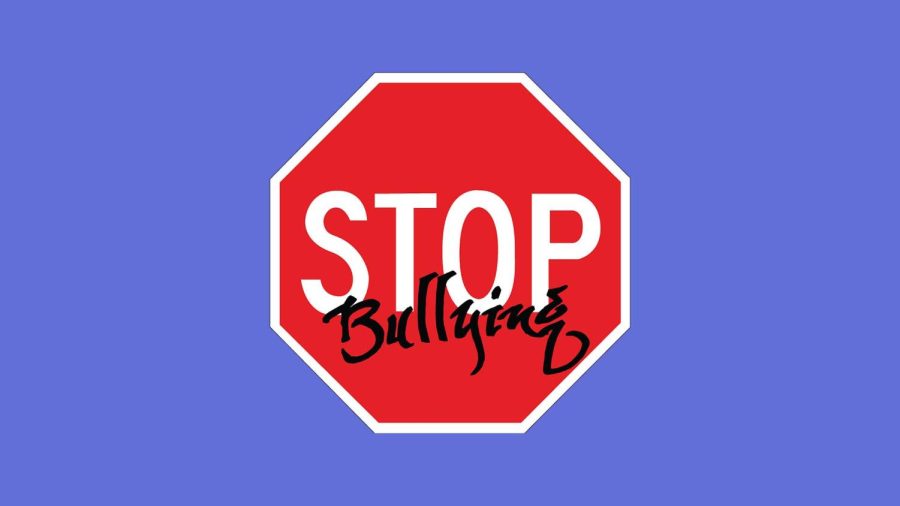 As we mature, there are certain things we grow out of, like going trick-or-treating or playing with toys. Something that people, unfortunately, don’t completely age out of is bullying.

Writing about this information in a college newspaper may seem off-putting. On its face, this detail about October seems like it should be reserved for kids in grade school and high school since it happens most frequently in and around school environments.

However, you are never too old to be bullied or witness it happen. This month should be a reminder of the fact that bullying does continue into adulthood, and we should not let it be ignored off of the assumption that it is simply a juvenile issue.

If you close your eyes and try to picture a bullying situation, what comes to mind? Is it a middle school kid being shoved into a locker or a kid name-calling someone else? Those are the typical scenarios we are most accustomed to, likely due to their prevalence in TV shows and movies. Nevertheless, anyone can be bullied in ways that are not as cut-and-dry as the aforementioned examples.

Shoving a kid in a locker is an example of physical bullying, and name-calling is an example of verbal bullying. Both are noticeable and can definitely appear in a college environment. However, there are other forms of bullying that are less overt.

Relational aggression — also known as emotional bullying — is a form of bullying that aims to manipulate and sabotage a person’s social standing, wrote Sherri Gordon, author and bullying prevention advocate. This manipulation can materialize in the exclusion of someone from a group as well as the spreading of rumors that damages the victim’s reputation.

Sexual bullying is also a possibility, no matter how old a person is. This isn’t just harmful because of the crude comments that can be made about a person’s appearance or behavior for example, but it can also be the impetus to sexual assault.

“Among undergraduate students, 26.4% of females and 6.8% of males experience rape or sexual assault through physical force, violence, or incapacitation,” according to the Rape, Abuse & Incest National Network that retrieved this data from the Report on the AAU Campus Climate Survey on Sexual Assault and Sexual Misconduct.

Hazing is another way college students can be tormented, and it is still a possibility for those who are not in a fraternity or sorority. College students can be mistreated and humiliated during an initiation into any group on campus. The Journal of Student Affairs Research and Practice published a 2018 study on hazing after gathering survey data from 5,880 students at seven U.S. research universities. There were 4,953 who confirmed that they had been involved on a team or organization and 84.1% responded to questions about behaviors that occurred to join and of that percentage, 26% indicated that experienced one behavior that meets the hazing criteria.

Due to the lack of acknowledgement of bullying on college campuses, students who are bullied are more likely to remain silent about the matter due to feelings of being embarrassed. Additionally, students in higher education may feel more pressure to handle the matter on their own compared to middle and high schoolers, believing it is something they should handle as an adult.

In college, a factor that may make bullying even more devastating is the reality that most college students live on campus and will be away from family and their support system.

“The consequences of bullying are high for anyone who is impacted,” Gordon wrote. “But research indicates that college students can feel even more alone and isolated especially if they are underclassmen at the university.”

Bystanders are also at fault when bullying takes place. As witnesses in person and online — in the case of cyberbullying — we have the power to change the outcome of a situation. If unable to step in yourself, we can find someone of authority to intervene.

Between student loans, keeping grades up and trying to enjoy life during a pandemic, there is already enough to stress about as a college student. Bullying is another strain we shouldn’t let anyone endure.

Let’s better acknowledge that bullying occurs on college campuses and use National Bullying Prevention Month to destigmatize being a victim of bullying.

For bystanders, let’s take a lesson from the New York City’s Metropolitan Transportation Authority campaign on safety: if you see something, say something.