‘She’ is not always me: We should think beyond the gender binary 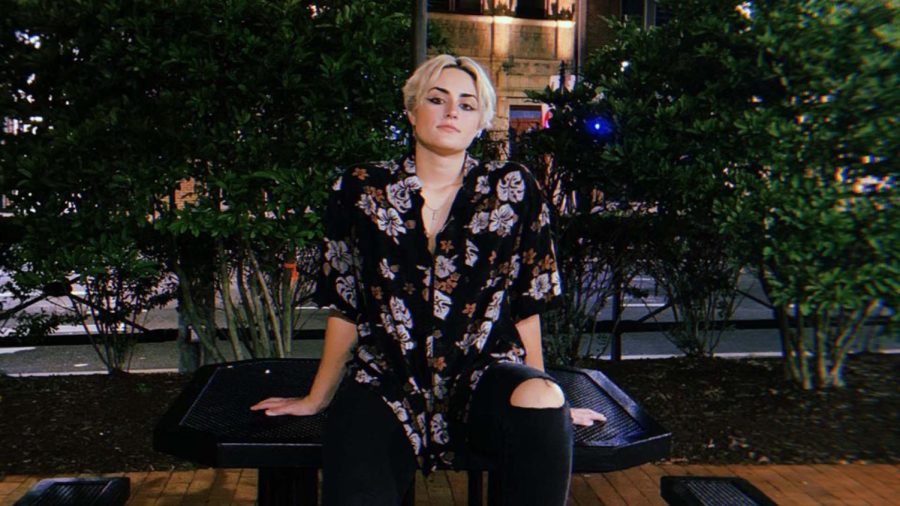 We’ve all seen those cute little gender reveal announcements. Whether it be as simple as popping a balloon or as grandiose as setting California on fire, gender is very much something that is central to our lives.

But what if it wasn’t?

I first started thinking about my identity back in January of this year. I recall having a conversation with my sister about possibly using the pronouns “she/they,” but I wasn’t sure. So I ignored it like the “check engine” light on my dashboard.

Then came summer, and those thoughts once again bubbled up. I finally decided to face the truth and come to terms with who I am as a person.

My name is Allison Damigella, and I identify using she/they pronouns.

Everyone has their own view on gender and who they are as a person, so what feels right and makes sense for me may not be the truth for others. But I believe gender is an extremely fluid concept, hence why I like to identify as gender-fluid and nonbinary, which means I have no fixed gender or an absence of one.

We as a society love putting people into boxes: girly-girl, manly-man, tomboy, etc. But within the past couple years, there’s been a dramatic shift in the amount of people coming out and sharing their identities. Now, there’s more room to express yourself in ways that feel right.

Our generation has blurred the lines between traditionally masculine and feminine things. I think we have androgynous people to thank for this. Androgyny is a beautiful thing, people who identify as such are truly just enigmas. They are neither masculine nor feminine. They’re both, and they’re neither — they just are.

I don’t think we should group ourselves into these boxes of “man” or “woman.” Finding a label that suits you is one thing, but continuously gendering people and things need to stop.

Clothes are clothes, they do not categorize people. Now that’s not to say you can’t express yourself through clothing, but we need to stop with the whole “well, this is for girls and those are for boys.” Inanimate objects like clothes have no gender. We need to let people wear what they want and be who they want without judgment.

Expressions don’t just mean the visible characteristics and clothing. We are able to express our identities through the use of pronouns, since they help people describe how they like to identify. Every person can have their own meaning with their pronouns.

For me, she/they describe the fact that, yes, I am a woman, but I’m also just a person. I have more to me than just “she” while also feeling as though there is nothing more to me than “they.”

My identity is unique to me, so other people that identify using the same terms may describe it differently. That’s the beautiful thing about gender identity and pronouns, it’s all based on who you are at the core. I’m no expert on the topic, but I know my own journey and can relate to my friends and others around me with similar stories.

That’s only a very small pool of people in comparison to the entire world. I can’t speak for the rest of the world as it’s impossible to lump everyone under one umbrella term. Forcing people into labels or boxes based on your own previous knowledge creates more divisions, everyone’s identity and journeys are individualized and unique to them.

As humans, we have the need to categorize and place things to help us understand. My challenge to you is to let go of the boxes, and try a new, abstract way of thinking.

I don’t expect everyone to change their mindsets overnight, but I am hopeful that as time goes on and more people become comfortable with themselves, we will be able to accept others without hesitation. You don’t have to understand the concept in order to accept it.

People struggle to accept things they don’t understand. It’s in our nature as humans to want to know everything about anything. But if we all take a step back and approach others with love and acceptance, well, the understanding will eventually come.