A taste of every nation 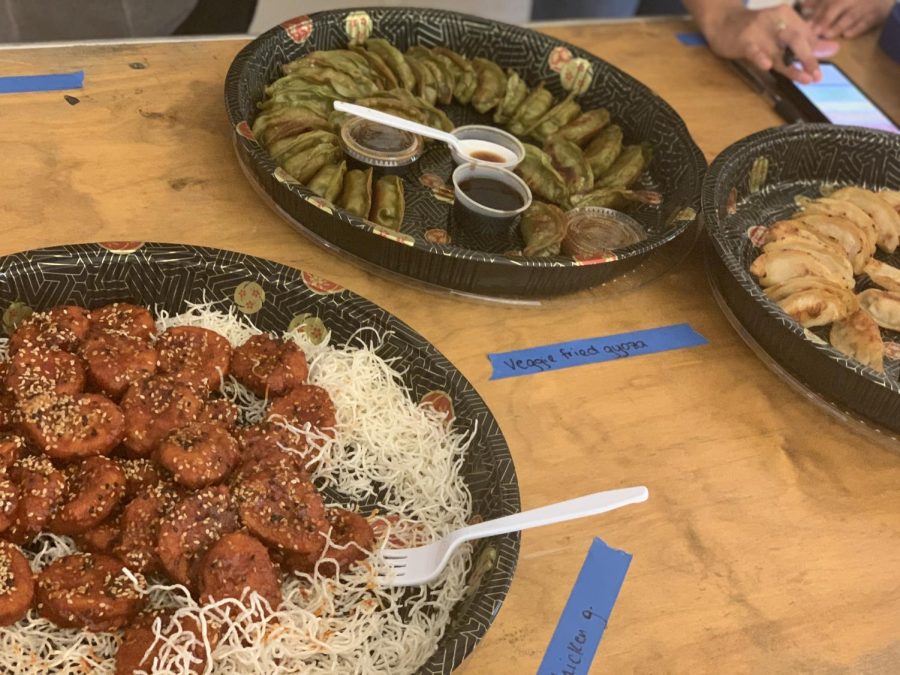 The International Student Association celebrated diversity around the world with food from different cultures.

“It was meant to be a celebration of international food and cuisines across the world that we don’t really get to see that much here,” said Génesis Iscoa, vice president of the ISA.

This event was a collaborative effort that required an immense amount of planning. All the members on the ISA executive board (e-board) helped materialize this appetizing celebration of different cultures.

“Everybody has kind of done a little bit of a small part,” said Haktan Ceylan, president of the ISA.

The ISA presented six local vendors at the festival. Each was given the opportunity to share a multitude of international cuisines with the Quinnipiac University community. One of the ultimate objectives of this event was to connect with local businesses.

Every e-board representative had an opinion on the types of food and community businesses they wanted to showcase at the festival.

“I really wanted to bring in the local businesses that don’t get supported as much and that students would be hesitant to try because they don’t really know them that well or it’s food that they never tried before so we tried to bring them an arrangement of all of that together,” Iscoa said.

“It’s all about supporting the local businesses that are very authentic,” Iscoa said

From rice drinks and cinnamon tea from Korea to quesadillas and miniature chicken burritos from Mexico, guests had a diverse array of signature options to choose from. My favorite dishes were the chicken burritos and Gobi Manchurian, which is essentially fried cauliflower.

To honor the autumn theme of the event, pumpkins were available to any guests that wanted to decorate them with the provided paint and paint brushes, or simply take one to go – only after they finished their free cuisine, of course.

“In my country (Honduras) there’s not even a fall, so we tried to center it in U.S. culture by having apple cider donuts and having pumpkins to paint to sort of bring it all together,” Iscoa said.

In spring 2021, Quinnipiac introduced its first equity and inclusion report to highlight the strides the university, students and faculty have made, and plans to make, for better cultural awareness and inclusion.

“I think that we as Quinnipiac have made great progress over the last even year or two, that I have least witnessed, in bringing more diversity to the school and enabling more conversations to be held out for different diverse backgrounds,” Ceylan said.

With a majority of the student body and faculty being white, it’s important to show up to events like this that honor the historically underrepresented cultures that make up the rest of the university’s population. Also, who doesn’t love free food?

The Global Autumn Festival was a great opportunity to learn about different cultures and local businesses while bonding over something everyone loves – a good meal.