The comedian's transphobia is both troubling and disappointing 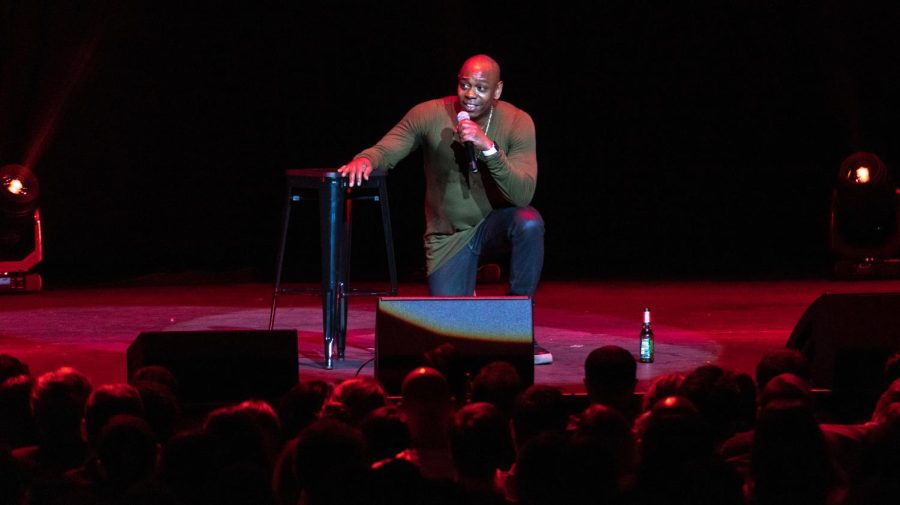 I respect Dave Chappelle a lot — or, at least, I once did.

I used to think he was one of the most thoughtful comedians in the world. He attacked racism with no-holds-barred in “The Chappelle Show,” which is still one of my favorite shows of all time. While many people were against his comedic methods, calling them too provocative or edgy, I saw through the jokes and understood the intricate points he was making.

With that respect comes a high bar of expectations, and Chappelle failed to reach that in his latest comedy special, “The Closer.”

Chappelle’s most harmful statements were aimed toward the LGBTQ community and transgender people specifically, backing transphobic celebrities like J.K. Rowling, who supported the belief that gender is a biological “fact” that can’t be changed.

He went as far as to say he is “pro-TERF,” which stands for “trans-exclusionary radical feminist.” How can Chappelle claim he is supportive of trans rights when he proudly puts his seal of approval on people who are anti-trans?

This is where the dissonance between Chappelle and his critics — like myself — sparks from. On one hand, Chappelle will say he supports the LGBTQ community, but he will then turn around and pit its struggles against that of the Black community.

Every time he talks about the progress that the LGBTQ community has made, he compares it to the persistent oppression that Black people still face. Those points are valid, and the world still has a long way to go to achieve racial equality. However, the fights for LGBTQ and Black rights are not mutually exclusive. In fact, they go hand in hand.

Over 20% of Black trans women will be incarcerated at least once in their life, and trans women represented 73% of the victims of hate violence homicides in 2013, according to the National Center for Transgender Equality and National Coalition of Anti-Violence Programs, respectively. Trans people were also seven times more likely to experience police violence than their cisgender counterparts.

This intersectionality between gender identity and race is so interwoven that you cannot talk about one without the other. People do not fit into only one group, we are all complex creatures with our own personal identities that make us unique. Disregarding other forms of oppression is incredibly reductive.

If the LGBTQ and Black communities’ issues with discrimination and police brutality are directly linked with each other, why does Chappelle make it seem it isn’t? I’d like to think that Chappelle is ignorant and doesn’t have any malicious intent.

Regardless of the reason he gives, there is no excuse for this. Chappelle might want to frame his jokes as a sign of jealousy towards the LGBTQ community, but they come off as dismissive of the struggles that they still face.

Throughout all these issues, however, there is one argument that Chappelle’s supporters always seem to fall back on: he’s a comedian, and what he says is just a joke.

That defense is incredibly disrespectful to Chappelle and what he has done. He is so much more than a comedian. People look up to him as an influential speaker without any filter, so when he tells a joke, it’s not just to make his audience laugh. Yes, that does play a factor, but every joke has a point, it’s not there to only elicit a chuckle.

That’s why when he solemnly talks to his audience about how Rowling is right and that gender is a “fact,” we have to take it as seriously as if he was a politician speaking at a rally. His words have that much power.

This is not an attempt to “cancel” Chappelle. That word is used so ubiquitously that it has lost all meaning. I write this as a fan of his older work and the messages that he brought to the forefront through jokes that often toe the line between offensive and hilarious. I write this in hopes that you will see that not everything a comedian says is a joke, that Chappelle saying “I’m pro-TERF” is a serious statement.

Too many trans people die every year from hate crimes and violence that come from a pit of deep anger and ignorance. While Chappelle is far from promoting that, he is unwittingly supporting the people that turn the other cheek.