Famous people have a real impact on our personal emotions. But when does it go too far? 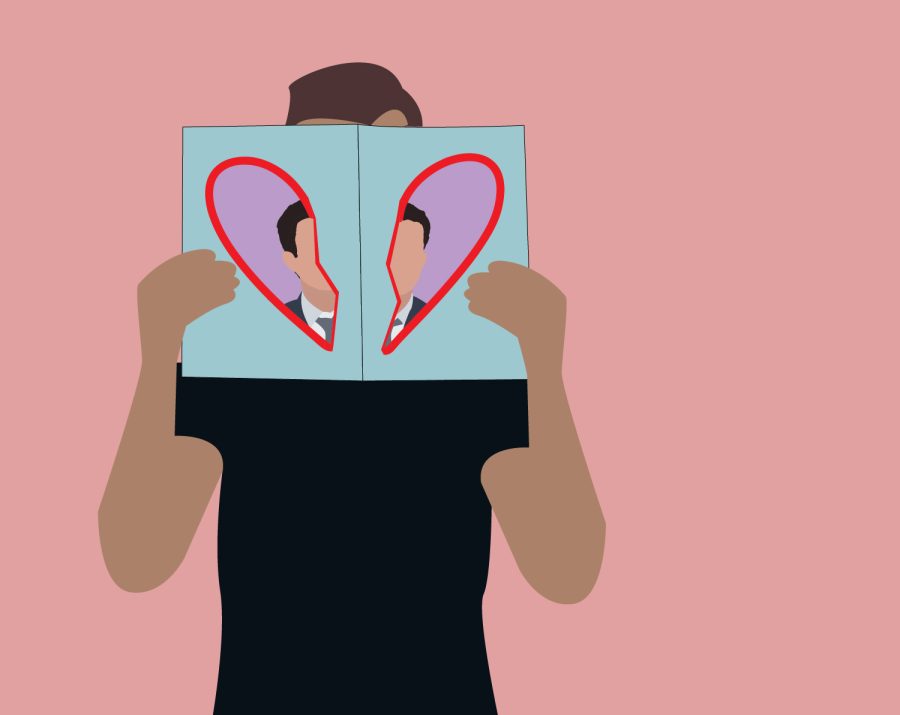 Have you ever found yourself a little too invested in celebrity drama? I know I have.

When comedian John Mulaney announced his divorce with artist Anna Marie Tendler in July, I thought it was unfortunate — several of his jokes were centered around his relationship with Tendler — but divorce happens.

However, when Mulaney’s relationship with actress Olivia Munn was reported the same month, I was more upset than I ought to have been considering I have never met any of these people in my life.

After some reflection, I realized that I projected my life experiences onto Mulaney’s experience with drug addiction and his presumed affair. I had no stakes in Mulaney’s private life, but I felt strong emotions as though I did.

how are we feeling about the whole john mulaney situation?? personally, although i love john mulaney, i’m sad that him and anna broke up and he seems to be rushing into this relationship with olivia and a new baby. recovery is never linear and i don’t want his child being hurt.

Others showed more frustration than concern.

I don't care if they give a fck about me or not. I ate what John Mulaney sold and I thought it was soul food. Now I'm throwing it all back up. As a viewer and a cosumer of his shows, I don't buy it and his virtue anymore simple as that

It is no surprise that it took a global pandemic to elicit such a critical look at our relationships with celebrities, according to Amanda Kehrberg, a media studies professor at Arizona State University.

“One nerdy tidbit that’s interested me a lot during the pandemic (is that) studies of Terror Management Theory (TMT) (have shown) that when we’re reminded of our own mortality, we cling much more passionately to our symbols, whatever those may be,” Kehrberg said in an interview with Vox.

I loved Mulaney because I saw him as a trustworthy man. His vocal love for Tendler and the couple’s dog, Petunia, made me feel secure. However, he showed that the image that I had created of him in my mind was false.

Kehrberg said that celebrities are already viewed as symbols of our beliefs and culture. When they break our symbolic image of them, it can be mentally taxing. For instance, I always viewed Mulaney as the wholesome family man as he portrays himself in a number of his bits. When he broke that image in my mind, it was surprising how emotional I felt. I felt bad about supporting him when he turned out to be the kind of guy that leaves his wife for another woman.

Mulaney’s life changes — filing for divorce and having a child — show that he is doing one of the important things addicts are advised against at the beginning of their recovery: making big changes. According to an article published in the Yale Journal of Biology and Medicine, addicts should not be making significant life changes before regaining their perspective of their place in life. His drug addiction likely affected his decision-making, but it does not excuse his actions.

According to an article from Slate, our culture has recently changed when it comes to how we treat others on the internet. Prior to the COVID-19 pandemic, it was easy to see people minding their own business after witnessing others being harassed on social media. Now, those doing the harassing may see more pushback, and it’s going to extreme levels. There were those who would leap to defend him, claiming that being publicly critical of or disliking Mulaney’s actions is a bad thing, including another Slate article titled “John Mulaney Doesn’t Owe You Squat.”

“The EXTREME DISCOMFORT I feel hopping onto any social media platform right now and seeing the intense parasocial relationship people have with John Mulaney,” user @shinjaninja tweeted. “You literally do not know John, or Anna, or Olivia. Having a strong opinion about their situation is a big ol Yike from me.”

I don’t claim to know Mulaney. I understand that he will likely never know I exist, but the personal connection I made with his comedy specials continues to have an impact on my life. Despite his humanity breaking my internal image of him, I genuinely hope that he finds happiness in his new relationship, but I definitely have weird feelings about it.