The devastating U.S. drone strikes in Afghanistan were an avoidable tragedy 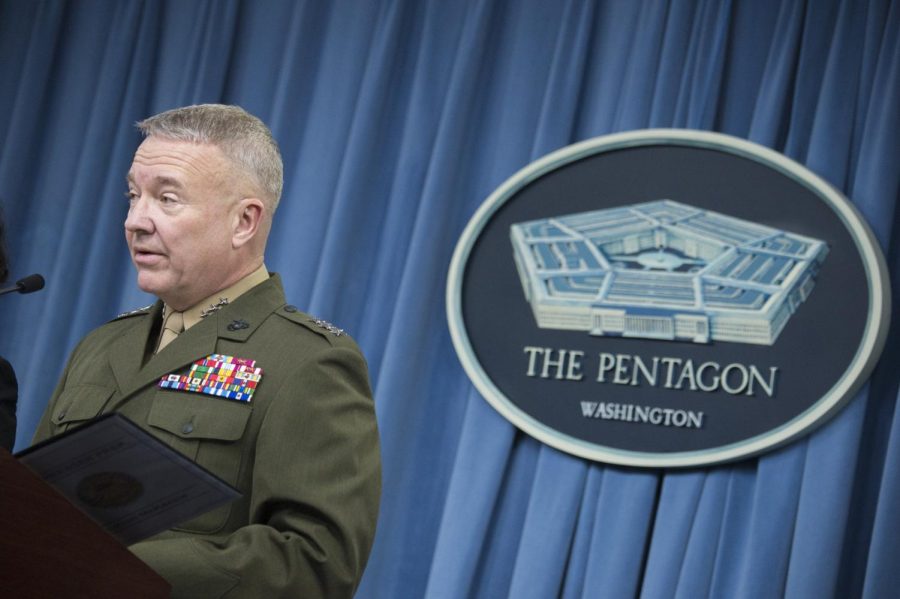 On Sept. 17, Lt. Gen. Kenneth F. McKenzie said the U.S. military had an “earnest belief” that the Aug. 29 drone strike would stop an imminent threat. (Photo by Dominique A. Pineiro/Wikimedia Commons)

On Aug. 29, 2021, a U.S. drone dropped a missile on a building in Kabul, Afghanistan. Military officials claimed terrorists of the Islamic State group’s Afghanistan affiliate were plotting an attack on the city’s airport there and said that the strike was justified.

Instead, there were no terrorists, and the missile killed 10 civilians, seven of which were children.

I was shocked to learn the nature of America’s drone strike in Afghanistan. As an American, it is impossible to imagine seeing a military drone — which is typically 27 feet long with a wingspan about 49 feet wide — above your head and feeling the impending danger. It is scary to think that your whole life can change in three seconds.

The real problem is that this isn’t the first time the U.S. has done something like this.

In an interview with NPR, Neta Crawford, a professor of political science at Boston University, described how many Afghan civilians have been killed by airstrikes.

This is a staggering amount of people who have been killed by the U.S. and their allies alone. I have only heard of drone strikes recently. More importantly, my parents didn’t hear about the devastation of airstrikes as young children. My generation and future ones would only know this as warfare. If the U.S. is going to fight a war, it should have troops on the ground and not drones in the sky.

Some scholars say that the government is obligated to use drones because they minimize risk for soldiers. Allegedly, drones reduce civilian casualties, although it is proven that there are still many serious accidents when drones are used.

It is considered an “ethical slippage” when a country’s own people are not at risk. Americans are more concerned about the equipment used when their own people are at stake. Drones are appealing to military leaders because they “fly under the radar,” which keeps the U.S. out of the public eye and away from criticism. However, the U.S.’s drone attacks are highly scrutinized in relation to the military’s other foreign affairs.

The Friends Committee on National Legislation reported that it costs the U.S. $15,000 per hour just to run the software for the larger drone operating system. This money comes out of the budget for the military and should be used somewhere else. These drones are a costly, horrible force of destruction for the U.S. military. This money can be used to help regions that were destroyed by warfare or to create a better network of mental health resources for military personnel.

According to the Medical Surveillance Monthly Report, active duty troops take up the majority of medical appointments. Veterans account for 16% of all military medical appointments, which is equivalent to 1.8 million outpatient visits. These appointments are made to treat various mental illnesses such as adjustment disorder, anxiety, bipolar disorder and depression. Female veterans are at an even higher risk than male veterans for these disorders.

But the people most affected from these devastating drone attacks are the families of those who died. They lost time with their loved ones, were unable to create core memories and had to spend birthdays and holidays alone.

Many of the victims were severely burned. I would be devastated if I could not recognize my own family member.

The families deserve compensation. It will not bring back the people they cared for, but it will help them bury them with love.

This would never happen if the U.S stopped using drone strikes.