The truth behind old wives’ tales 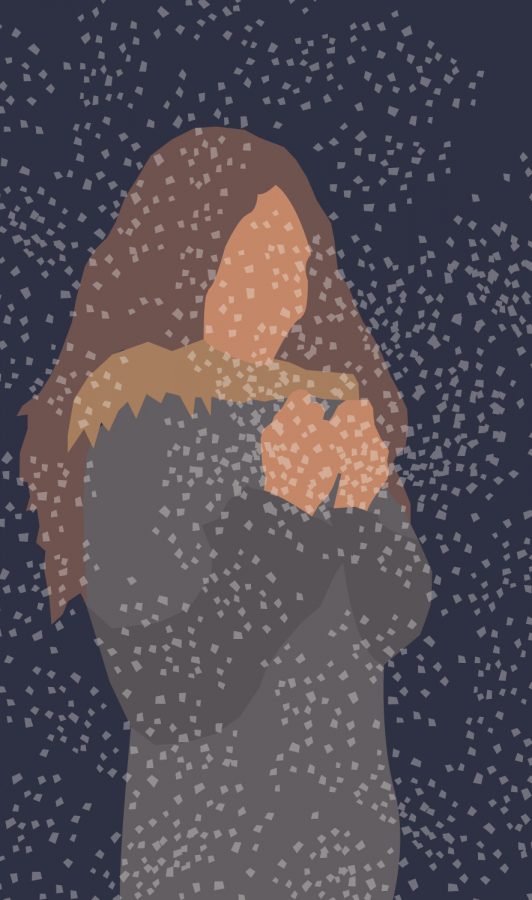 Going out in the snow with wet hair will not cause a cold, but it still isn't a great idea.

“Don’t go outside in the cold with wet hair or you’ll get sick.”

There are so many sayings like this that I remember my mom saying to me as I grew up. She didn’t necessarily believe in these old wives’ tales, but my grandma would tell her and her sister these “tips and tricks” growing up.

“Don’t tell Nonna we just ate before going in her pool, she’ll say you can’t swim for 30 minutes,” my mom would tell me and my brother every summer.

I’ve always wondered if any of these tips were based in fact, and if so, which ones. When I was younger, I would always search to verify if what my mom and grandma said was true.

Now I know what’s true and what’s completely made up, and I’m here to share this information with you.

“Feed a cold, starve a fever”

The second my grandma would hear I had a fever, she would come over and cook several meals for me hoping to cool my body down. Her compassion never went unnoticed, but this is an old wives’ tale that’s not 100% true, but it isn’t entirely false. The reason people find this trick works is that when they have a cold, they often lose their appetite. Eating or “feeding the cold,” helps recovery by giving the body energy, according to NorthShore University Healthsystem. This is helpful for someone who isn’t eating while sick, but if a person’s appetite is normal and they have a fever, eating more won’t help get rid of it. It’s proven that fevers dehydrate the body when sick, so it’s much more important to drink fluids.

“Never wake up a sleepwalker”

This is one that’s more commonly used as a plotline in a sitcom, but one we’ve all heard nonetheless. I’ve heard it several times since my brother used to suffer from night terrors and sleepwalking. According to Winchester Hospital, if a sleepwalker gets woken up, it’s likely the sleepwalker will only be confused or at worst, agitated. The claim is based on people sometimes waking up and being “aggressive,” but several studies have shown that is rarely the case. If you ever encounter this situation and want to avoid confusing the sleepwalker, it is recommended to guide them back to bed.

“Going outside with wet hair will make you catch a cold”

This statement is 100% false. Colds are caused by viruses, not the state of a person’s hair. This belief originated because people combine the fact that illnesses are more common in the winter months with the fact that hair traps heat in the body. However, the Mayo Clinic states that this is not true. The most that will happen if a person goes outside with wet hair is that they’ll feel cold, not catch one. Ever since I found this out, I’ve been excited to tell my future grandchildren to go outside with wet hair during a snowstorm.

“Going swimming after eating could make you drown”

This old wives’ tale is one that a lot of people believe. I had friends in summer camp who were stressed that lunch was before pool time. Britannica stated that is not based on any truths. Eating after swimming could be uncomfortable, but no one should worry that they’ll get a cramp and drown.

“Don’t sit too close to the TV, it could blind you”

Me, my brother and two cousins would all hear this every time we were over our grandma’s house, which was at least once a week. She would always scoop us up and put us on the couch so we’d be further away from the TV. This old wives’ tale isn’t true, but there’s a logical reason for why it started. In 1967, color TVs were recalled for emitting a radiation level above what was considered safe, according to The Atlantic. People who were old enough to remember never got it out of their heads that TVs emit radiation, even though they radiate negligible amounts nowadays.

Although I spent time debunking these myths, there’s something about them that’s comforting. I think of the women in my life who said these to me, and about how they’re just trying to protect me. It’s a scary world out there, and these “old wives’ tales” exist to help alleviate that. Next time someone in your life tells you not to go outside with wet hair, think about how they’re hoping to keep you safe. But, of course, remind yourself you won’t get sick.