Sam McCann dominated at the MLS Developmental Academy. Can he do the same at Quinnipiac? 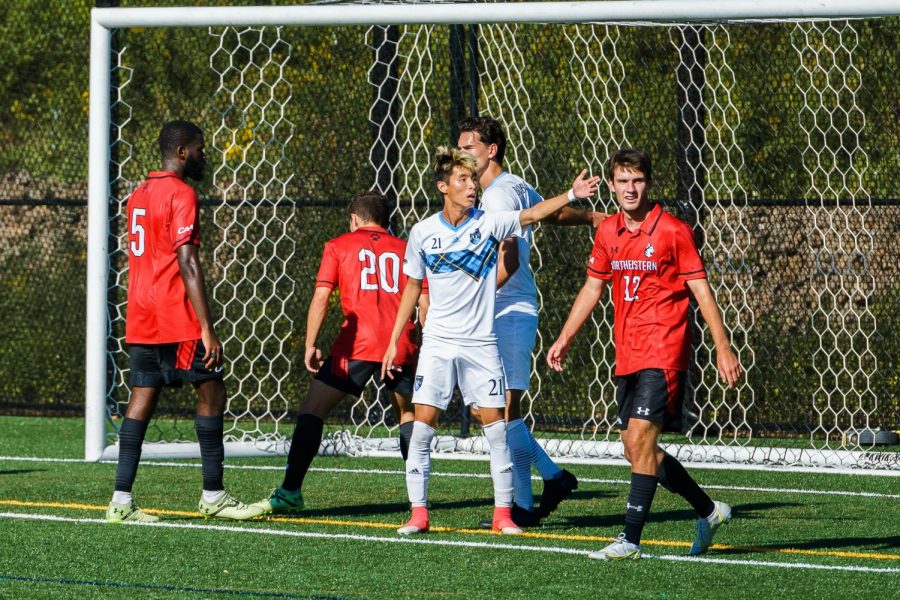 Sam McCann made a brief stint with New York City FC before the 2020 MLS season was cut short due to COVID-19. Photo from

The Quinnipiac’s men’s soccer team always goes above and beyond in recruiting the best players in the state, it’s keeping that tradition moving forward with freshman forward Sam McCann.

In the dawn of the men’s soccer team’s season, McCann has already asserted himself as one of the Bobcat’s most impactful players.
“His movement, his intelligence, his desire to score goals, those are the things we want from a number nine and he plays the position really well,” Quinnipiac men’s soccer head coach Eric Da Costa said.

McCann grew up in Stamford, Connecticut, and fell in love with soccer at a young age due to his father being his first coach. At 9, he was advised to seek better competition and tried out for New York Soccer Club (NYSC) and played there until he came to Quinnipiac.

At NYSC, McCann was consistently one of the best players. He led his team in goals for six straight seasons and was top 10 in goals at the U.S Soccer Development Academy in 2018 and 2019. His exceptional play caught the eye of scouts at New York City Football Club (NYCFC), which led to him temporarily playing for the club until COVID-19 cut his season short. Though his stint with NYCFC was short, McCann left the experience with a new set of knowledge.

“I learned how to carry myself as a professional really, and how to act in and around different environments,” McCann said. “Just taking pieces of that with me and putting it to use into this system as well.”

The Bobcats have shown to be the right choice for McCann with him already becoming an integral part of the team. However, Quinnipiac was not the forward’s first choice. Army West Point, who McCann committed to in late 2019, was his original dream school. McCann soon realized that he could seek better opportunities elsewhere thus making him regret his early decision and decommit from Army West Point.

“I thought it was the right call at the time,” McCann said. “I felt really comfortable with it, but then I had to sit on it for eight or nine months basically. I just realized it was not all that I thought it was.”

Da Costa had no issues reopening up the possibility of McCann becoming a Bobcat after he decommitted.

“Here’s a kid who made a decision really early on and had to really make a tough potentially life-changing decision to go a different route, and I saw how torn he was about that,” Da Costa said. “That really sealed it for me, knowing that he really had the character and that he is a really good person.”

McCann had no problems transitioning into playing Division I soccer at Quinnipiac. His previous experience competing at a high level combined with the bonds he formed with his new teammates allowed for a positive time so far in Hamden.

“We have grown into a family, sometimes I think it gets deeper than that,’’ McCann said. “On and off the field we are always with each other, it’s always love. It’s really one of the best relationships I’ve formed.”

In an away game against Central Connecticut State, McCann scored his first goal in the white and navy. He headed the ball into the top right corner off a cross from freshman midfielder Ole Frigstad. Playing and scoring in his first year is already impressive, but McCann has greater objectives he wishes to accomplish this season.

“My personal goal is always to help the team, so personally for me I think 10 goals is achievable,” McCann said.

“We definitely have felt that we have a point to prove we played well last year and we want to make sure that we continue to do that for ourselves,” Da Costa said.

Since winning their first five games, the Bobcats have hit a roadblock by losing their last two games including a 5-0 loss against No. 9 New Hampshire. McCann and the rest of the squad will hope to get out of this slump as they start MAAC play against Siena on Wednesday.