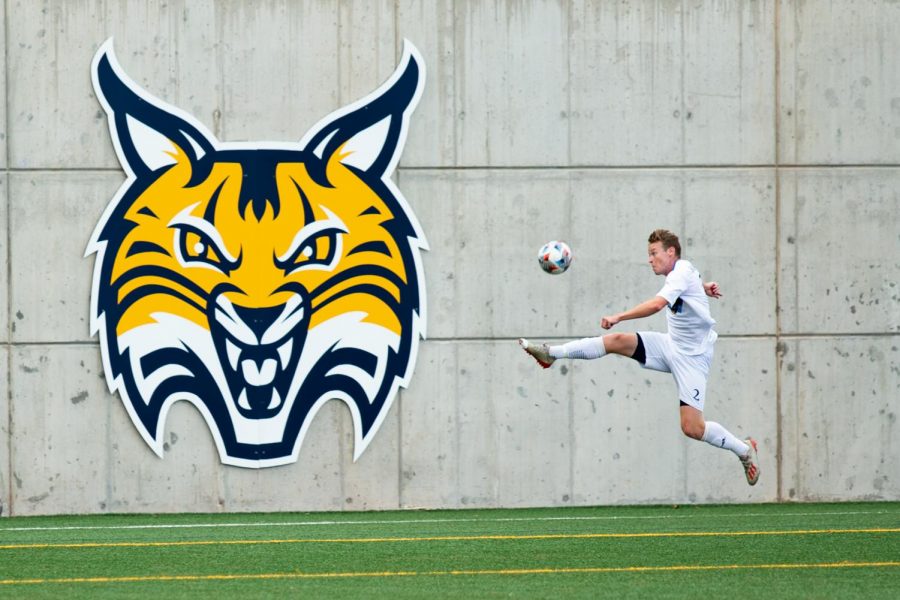 The Bobcats started their season 5-1, losing their first game of the season to No. 9 New Hampshire.

Following its 1-0 win over Harvard on Saturday, the Quinnipiac men’s soccer team is off to a blistering 5-0 start to its season. Quinnipiac is one of six Division I soccer teams that remain perfect, pending results against Tuesday’s game against New Hampshire, which is ranked No. 9 in the country.

The Bobcats have notched wins against Central Connecticut State, Boston College, UMass Lowell, Sacred Heart and Harvard. Quinnipiac is outscoring opponents 8-2, largely because of the stellar play from sophomore goalkeeper Antreas Hadjigavriel, who has only allowed one goal in four starts.

Last week, Quinnipiac received votes in the latest United Soccer Coaches Top 25 Poll, which recognizes the top Division I soccer teams in the nation. The Bobcats received two votes in the weekly rankings, finishing just outside the Top 25 for the second week in a row.
Additionally, Quinnipiac was ranked No. 7 in the most recent East Region rankings, finishing behind Georgetown, Tulsa, Seton Hall, Southern Methodist, Providence and Xavier. The first three of that list are nationally ranked, at No. 1, No. 10 and No. 19, respectively. Providence received four votes in the weekly rankings.

On Aug. 24, the MAAC announced that the Bobcats were named preseason title favorites, earning 115 poll points, seven of them for first place. Monmouth and Fairfield tied for second place in the poll with 96 points apiece.

“The culture’s been amazing so far,” McCann said. “We’ve been here since August 9th and since then we’ve grown into a family and sometimes I think it’s deeper than that.”

McCann scored his first goal of his collegiate career on Sept. 11 against Central Connecticut State.

Quinnipiac captain Paulo Soares is one of the Bobcats’ longest tenured players. As a senior last spring, Soares was a member of the All-MAAC team and the MAAC All-Academic team. Soares started all nine games for Quinnipiac, scoring one goal to go along with two assists.

Soares witnessed the Bobcats come up just short in last season’s MAAC title game and is using that defeat for motivation as the Bobcats search for revenge this season.

“It was unfortunate, but it’s something that we can use to keep us accountable this year,” Soares said. “It’s been like that for a couple years now and we’re going to use that to push us the extra mile.”

Da Costa has the Bobcats scorching-hot out of the gates to a 5-0 start, which builds on their impressive spring 2021 campaign, where he led the team to a 5-1 in-conference record and their fourth MAAC title appearance since joining the conference in 2013. Da Costa boasts a 128-111-52 overall record with Quinnipiac.

Da Costa agreed with Soares, stating that it’ll be important to build off of last season’s tough ending.

Since COVID-19 pushed back all of the fall sports last season, the soccer team was forced to play in the spring. The Bobcats are now working with a shortened offseason, but Da Costa believes that was a blessing in disguise.

Quinnipiac will hit the road on Tuesday for their biggest test so far this season, traveling to University of New Hampshire to continue non-conference play. Quinnipiac and New Hampshire are two of the remaining six teams in Division I soccer who remain undefeated.
Quinnipiac will kick off its 10-game MAAC schedule on Sept. 29 at 3 p.m. against Siena.