Why Paramount+ should be your next go-to streaming service 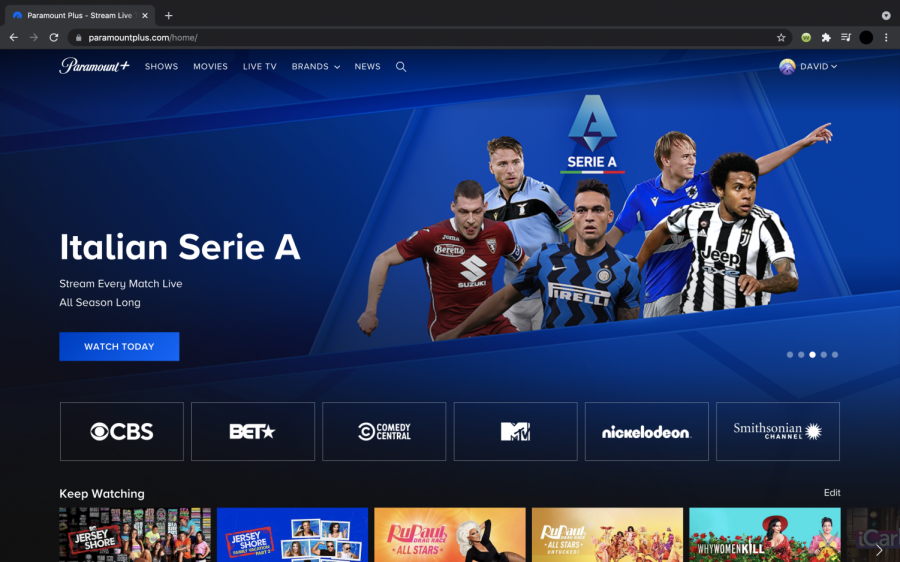 Paramount+ has content from a number of media companies including CBS, Comedy Central and Nickelodeon. Screenshot from Paramount+

Streaming services like Netflix and Hulu have been go-to options for many, but Paramount+ should be on everybody’s list. Paramount+ made its debut on March 4. It was originally marketed as a rebranding of CBS All Access with a more diverse library. The streaming platform’s content is owned by its parent company, ViacomCBS.

Like most well-equipped streaming services, Paramount+also has original content. Some more notable titles include the “iCarly” reboot, “RuPaul’s Drag Race All Stars,” the “Rugrats” reboot and “Why Women Kill.” While “Rugrats” strays from its more memorable art style in favor of a 2021 audience, “iCarly” matures the original characters quite a bit, in favor of its older audience, still honoring its original source material.

I committed to the platform because I enjoyed the series “Why Women Kill.” The first season debuted in 2019 on CBS All Access, but the second season premiered on June 3 under the new branding. The anthology television series is a dark-comedy drama created by TV writer Marc Cherry, who is best known for creating “Desperate Housewives.”

The series takes place in different time periods and illustrates murder, betrayal and the unexpected. The lead actors of the story do a remarkable job at personifying their deadly characters. Cherry created different worlds within his anthology series that grab your attention with its unexpected plot, strong characters and attractive scenery. Paramount+ is also the perfect platform for any avid reality TV show fan. The service has numerous titles like “Big Brother,” “RuPaul’s

Drag Race,” “Jersey Shore” and so much more. One of my favorite reality series is “RuPaul’s Drag Race.” The competition show takes several drag queens across the nation and puts them in a high-pressure environment, competing in weekly challenges where they must utilize their skills to win the title of “America’s next drag superstar,” and a hefty $100,000 prize. Naturally, drama ensues and amazing talents that would otherwise never see the light of day are highlighted. The newest season of the show’s spin-off series, “RuPaul’s Drag Race All Stars,” premiered exclusively on the platform this past summer.

One of the best parts is how affordable it is. An ad-free subscription only costs $9.99 per month, or a mere $4.99 with ads. I personally chose to split the costs of the monthly ad-free option with my parents as we use the service on a daily basis to watch reruns of the “Jersey Shore” or whatever piques our individual interests.

If you’re into sports, different genres of film, children’s content, reality shows or unique original content, Paramount+ is the right streaming service for you. The platform is also an amazing way to get your nostalgia fix. The service houses a plethora of vintage Nickelodeon content that many millennials and Generation Z kids can enjoy. It’s always fun to discover new shows or movies or even reconnect with some old media you wouldn’t think to rewatch otherwise. I am excited to see what the future of the streaming platform holds, and I will continue enjoying all that Paramount+ has to offer, as should you.