Two months after NCAA finally compromises, student-athletes are allowed to use name, image and likeness to build their brands 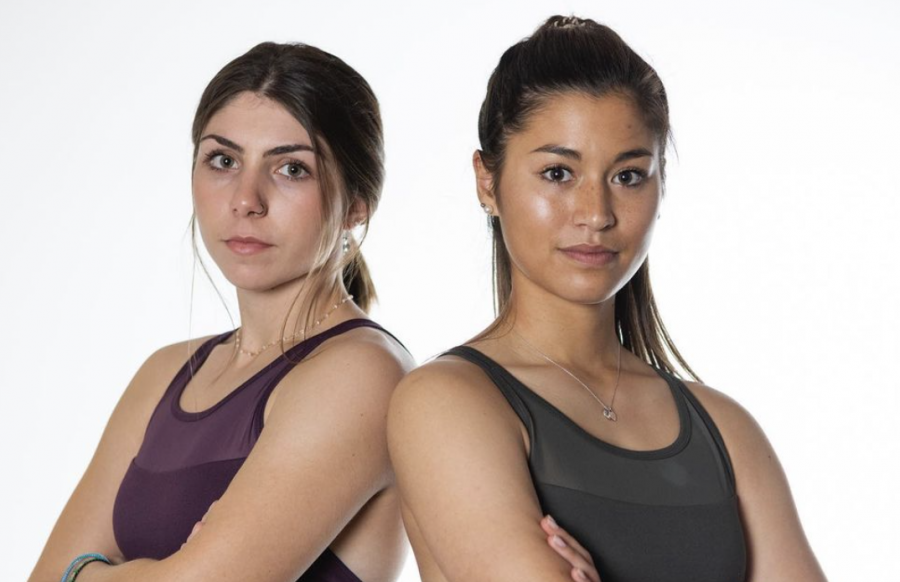 Cornerstone companies in America have become a subject of relentless debate over the past several years. A new wave of anti-capitalist thinking has called a lot of upper-class practices into question. Did Jeff Bezos really need to go to space? Did Richard Branson need to do the same?

But while Twitter fights about which Fortune 500 companies are being irresponsible with their power and riches, the NCAA looks on quietly from the shadows.

The NCAA, a non-profit organization by definition, has not been exempt from criticisms either. It has had its fair share of regrettable press disasters, from the unequal treatment of men’s basketball athletes to women’s basketball athletes at the 2020 NCAA tournament to the questionable cancellation of the women’s golf national championship because of weather issues.

Aside from spot news events, the NCAA has long been on the butt-end of a conversation that every other American seems to disagree with the organization on: athlete compensation.

Prior to 2021, collegiate athletes were not allowed to profit off of their own name, image or likeness. At surface level, this meant no brand deals, no sponsorships, no way for athletes to make some money off of an activity of which they devote dozens of hours a week.

But all that changed beginning July 1, 2021, when the new NCAA bill went into effect.

Put simply, athletes are now able to sign brand deals and be associated with companies from a business standpoint.

Meng Meun Young, a public relations major and senior attacker on the women’s lacrosse team, was excited about the news.

“I think it’s great that the NCAA finally came out with this,” Young said. “In the sports where it’s at a super high level and it’s really skilled players, then I think it’s super beneficial because they can get extra publicity that’ll help them post-grad to get professional opportunities.”

Young is far from the only player to feel this way. Former Quinnipiac rugby player Mckenna Haz shares Young’s sentiments about the NCAA.

“I think those rules were kinda hogwash,” Haz said. “There were just a lot of little things that were pretty ridiculous.”

Haz is the founder and self-proclaimed “beating heart” of SEAAV Athletics, an athletic wear company that makes clothing out of recycled material. Every sale diverts one pound of plastic from the ocean’s coast, per the SEAAV website.

So Haz decided to kill two birds with one stone. During a class project, the former communications major at Quinnipiac University took some photos of her friends wearing the gear she created.

Why not fulfill a college assignment while taking some Instagram-worthy shots that can help her small business grow?

However, there was one factor that Haz and her voluntary models didn’t account for.

Haz played rugby at Quinnipiac University before ultimately deciding to leave school after three years and go full-time in SEAAV. The first post made from the SEAAV account addressing this photoshoot featured Young and Bridget Nasir, a senior utility player on the softball team.

Since the subjects of the photo are student-athletes, they were prohibited from participating in a promotional campaign, per NCAA rules. As previously stated, this was recently overturned, and SEAAV posted the photos.

But before that change, Haz had to learn the rules the hard way.

“I got pulled into the compliance office, and I had quite a large talking-to about how I could not go to any event wearing SEAAV and representing my own brand because that’s infringing on my likeness as a Division I athlete in the NCAA, and I could get in lots of trouble for that,” Haz said.

As one could imagine, that created some hardships for Haz and the prospects of her company. Currently, the SEAAV website features an “Our Story” tab where Haz describes her passion for the business, its long-term goals and why she believes her business is important. It shows the reader an authentic face to put with the logo and product of the company, an important commodity for the average consumer.

Before Haz left Quinnipiac, that was absent. She was allowed to be the backstage brains, but her face or likeness couldn’t be associated with the brand. That personal connection she hoped to create with her customers was impossibly distant.

“They were basically saying I couldn’t go there and work at my own booth selling my own product because I’m a Division I athlete, which is insane,” Haz said. “One of the biggest things that I couldn’t do when I was at school was doing pop-ups on campus and on other campuses. I could technically set up other people that aren’t athletes and have them go do pop-ups, but when you’re starting out as a small business you’re kind of just a one-man show.”

When the company would receive grants, they couldn’t be in her name. Even as the founder of a company unrelated to her status as a student-athlete, any check given to the company had to be made out to the company, not in her name. SEAAV received a $5,000 grant from a competition promoting women in business while Haz was in college, but she had to go through the motions to make sure the final destination of the grant wouldn’t land her in trouble.

This abundance of red tape goes to show how the NCAA views the rules that it sets in place. Associate professor of journalism Rich Hanley said if the organization had its way, the rule allowing athletes to use their likenesses for profit would not exist.

“The NCAA didn’t come to this decision happily,” Hanley said. “They were forced to do so by legislation in California.”

On Dec. 7, 2020, USA Today reported that California was passing a bill that would allow athletes to make money off their name, image and likeness in an effort to put pressure on the NCAA. The state Senate and House of Representatives voted for the bill to go through, and Governor Gavin Newsom signed it in 2019.

The bill was proposed to go into effect either on Jan. 1, 2022 or when the NCAA followed California’s lead and put into effect their own regulation allowing athlete compensation.

Essentially, it took pressure from one of the largest states in the country for the NCAA to succumb to the voices of many. By July 1, 2021, Haz had left college and was working full-time on SEAAV, so she didn’t have to worry about those rules affecting her personally anymore.

But the new rule still meant big things for her brand. Now, she can post photos on the SEAAV website of college athletes, her target demographic, wearing her products without having to cut out their face or worry about the athlete having a distinguishable birthmark or tattoo, the latter of which the compliance office told her was not allowed.

Haz can now lean into the market she tapped into in the first place. As an athlete, she made a product targeted at athletes, and less restrictions means more opportunity to embrace that community.

“We’ve had to deny NCAA athletes into our (ambassador) program in the past because they can make commission from selling our apparel, but now we can actually accept them into our program,” Haz said. “We actually have quite a few NCAA athletes who are a part of it.”

We’d all like that to be the happy ending to the story. The athletes win, the businesses win, the schools win. But it’s important to remember that the NCAA is still the voice of authority. And as predictable as it may be, there are some exceptions.

Young, an international student from Calgary, Canada, is one of the athletes in a tough situation. Her and other international students are not allowed to associate their name, image and likeness with American brands in exchange for compensation. She was allowed to participate in SEAAV’s campaign because she volunteered without pay, but because the transfer of funds across borders is complicated, she can’t get involved financially with American companies.

The most recent gross domestic product (GDP) statistics rank the United States low in terms of revenue. A 2018 study by the Bureau of Economic Analysis found that 16% of America’s revenue comes from GDP as opposed to Canada’s 18% and nowhere near the planet’s top producers like Korea (28%) and the United Kingdom (36%) .

Regardless of the difference in opportunity between the U.S. and Canada, the inability to conduct business in the country that Young lives in for the majority of the year has led to her steering clear of the entire initiative.

“The options are limited for international students,” Young said. “For me personally, I’m just opting out of it because I don’t want to risk anything. You could get your visa revoked, and then I wouldn’t even be able to come here.”

Young knows some other Canadian athletes who have signed partnerships anyway. As a public relations major, Young is more knowledgeable with the marketing side of businesses, so she made sure to spread the word that international students might get into some trouble.

“I kind of told them that it was a little bit sketchy as a Canadian, so I would just watch out,” Young said. “Some people still don’t even know about the repercussions that could happen.”

Since Young was interviewed for this article, there have been workshops to teach athletes about what they can and can’t do when it comes to their images as NCAA athletes, but that’s over two months after the original bill was passed.

That was more than enough time for brands like Barstool Sports to swoop in and garner a substantial crowd of athletes looking to sign. The NCAA rule was effective July 1, and on July 2, @qubarstool on Twitter made a post congratulating men’s ice hockey junior defenseman CJ McGee on becoming a “Barstool athlete,” starting a trend.

The next day, baseball junior pitcher Derek Goldrick joined McGee at Barstool. Several other Quinnipiac athletes followed their lead, and by July 8, Barstool had posted six athletes it signed to an endorsement deal, while also saying “There’s been WAY too many Quinnipiac athletes joining the @barstoolathletics family to post each person,” in an Instagram photo caption.

It would be naive to say that one would expect the NCAA to make this transition without a hitch, especially given that its hand was forced by a state’s government. It would also be naive to say that athletes were better off before the rule was in place, despite difficulties with international students.

Of course, it’ll take some time. But with every potential horror story about an international student losing their visa over a sponsored Instagram post, and with every “large talking-to” from the compliance office to an athlete about breaking the rules, there’s an opportunity to grow.

SEAAV has grown in size, no doubt. The company has released multiple special collections, with plans for more. The addition of an ambassador program allows for a much wider network to which the company can reach.

And it might not have existed if not for Haz’s persistence. Some might have quit after learning that as a college student, they could not publicly associate with their brand at all. But today, student-athletes are allowed to reach heights never before believed possible.

SEAAV started at Quinnipiac. What’s to say there won’t be any more athletes creating their own brands?

They’ll just have a bit of a head start.