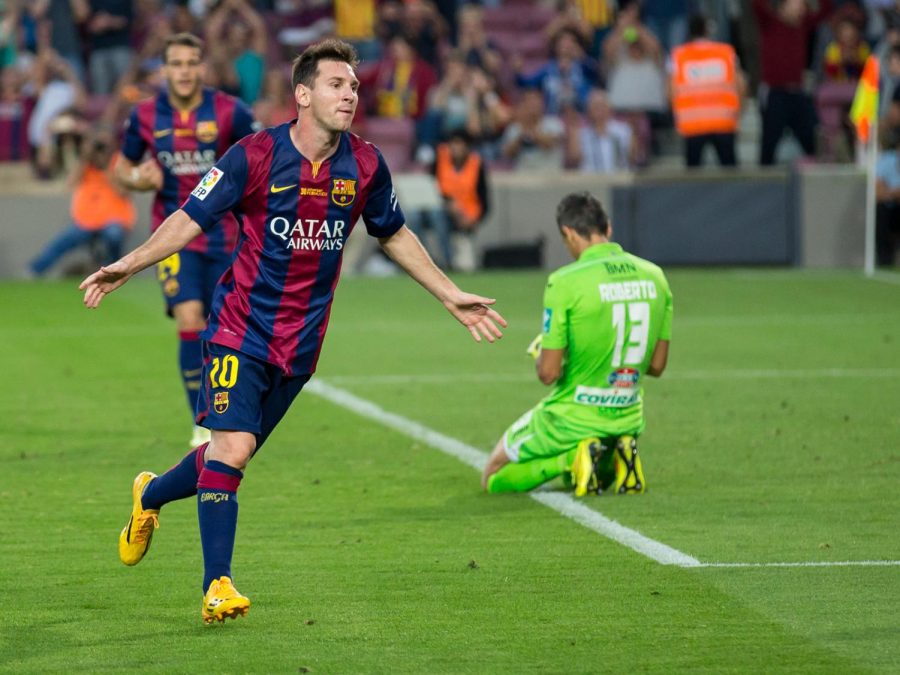 If I were to review every transfer that was completed this past summer window, this article would be far too long. Instead, here are my top five transfers of the summer.

Achraf Hakimi was one of the most sought after players this past window with Paris Saint-Germain (PSG) having to fight off competition from other big clubs. This did not hinder them from getting the 22-year-old’s signature for a fee of $70.9 million.

The right-back position has been an issue for the Parisians since Dani Alves left the club in 2018, but PSG bought the best right-back on the market for a reasonable price. Hakimi’s crossing ability will be of great service to star forwards Kylian Mbappé and Mauro Icardi.

In his short career, Hakimi has emerged as one of the premier right-backs in the sport. Last year, Hakimi was an integral part of Inter Milan winning the Serie A for the first time since its treble-winning season in 2010. His attacking output of seven goals and eight assists made him a tactical nightmare for the rest of the Italian sides. PSG will hope Hakimi keeps that form while wearing the navy and red.

After winning its second UEFA Champions League trophy, Chelsea had one obvious position that they needed to fill, and Romelu Lukaku checked all the boxes. For a fee of $134 million, Chelsea brought in one of the best strikers in the world, who is still in his prime.

Last season, Lukaku won Serie A MVP for his exceptional play that led Inter Milan to the scudetto. The 28-year-old recorded an astounding 24 goals and 11 assists in 36 Serie A matches, a great improvement from the two assists he recorded the year prior. His interplay with his striking partner, Lautaro Martinez, was the deadliest partnership in the league with the two contributing to 65% of Inter’s goals.

Though Chelsea just bought a striker in Timo Werner in 2020, the German showed a lack of clinical finishing. According to Football Reference, Lukaku has the seventh-highest big-chance conversion rate in Europe at almost 52% compared to Werner’s 25%. The Belgian’s huge frame makes him a physical nightmare for opposing center-backs and a dream signing for his new teammates, such as Reece James and Hakim Ziyech, who will be whipping plenty of balls into the box for Lukaku to finish.

Manchester United pulled off the most blindsiding transfer of the window with the $16 million reacquisition of Cristiano Ronaldo.

The 36-year-old has shown no sign of stopping his consistent goal scoring form. He slotted in 29 goals in the Serie A last season and won the Euro 2020 Golden Boot with five goals in the tournament.

United has great strikers in Edinson Cavani, Mason Greenwood and Anthony Martial, but the Portuguese superstar provides world class clinical finishing. The exquisite passing skills of Bruno Fernandes, Paul Pogba and Jadon Sancho are at Ronaldo’s disposible, and he has exhibited how special his finishing is with magnificent passers.

The five-time Ballon d’Or winner will look to recreate the dynasty years he was a part of in his first spell as a Red Devil.

Manchester United pulled off the heist of the transfer window with the acquisition of Raphaël Varane. United picked up a top-five center-back in the world for just $47 million in a market where center-backs of Varane’s caliber are going for nearly $100 million.

The 28-year-old won every possible trophy during his tenure with Los Blancos. His legendary partnership with Sergio Ramos made Madrid’s defense impenetrable, which led to him winning three La Ligas titles and four illustrious Champions Leagues. The Frenchman also proved that he can excel without Ramos when he was arguably the best defender of the tournament when he helped France win the World Cup in 2018.

Varane is a world-class defender who is great on the ball and is extremely fast for his position. His new partnership with Harry Maguire, Luke Shaw and Aaron Wan-Bissaka creates one of the best defences in the Premier League. Due to the club’s terrific transfer business this summer, they are huge title contenders this season.

Getting the best player in the world on a free transfer is madness, and it would be illogical to not have this transfer in my top spot. The Parisians have pulled off a transfer that most football fans would have never predicted a couple of years ago.

What is there to say about Messi that has not been said already? The 34-year-old had a staggering 1.13 goal-creating actions per 90 last season in La Liga. The Argentine has aged like fine wine, continuing to show his greatness in the latter years of his career. Coming off winning Copa America with Argentina and being named Player of the Tournament, Messi enters this season with a new league to conquer.

He is now part of a formidable attacking trio with Mbappe and Neymar Jr. With this transfer and the rest of PSG’s acquisitions this summer, this season will not be considered success for the club unless it wins the Champions League.