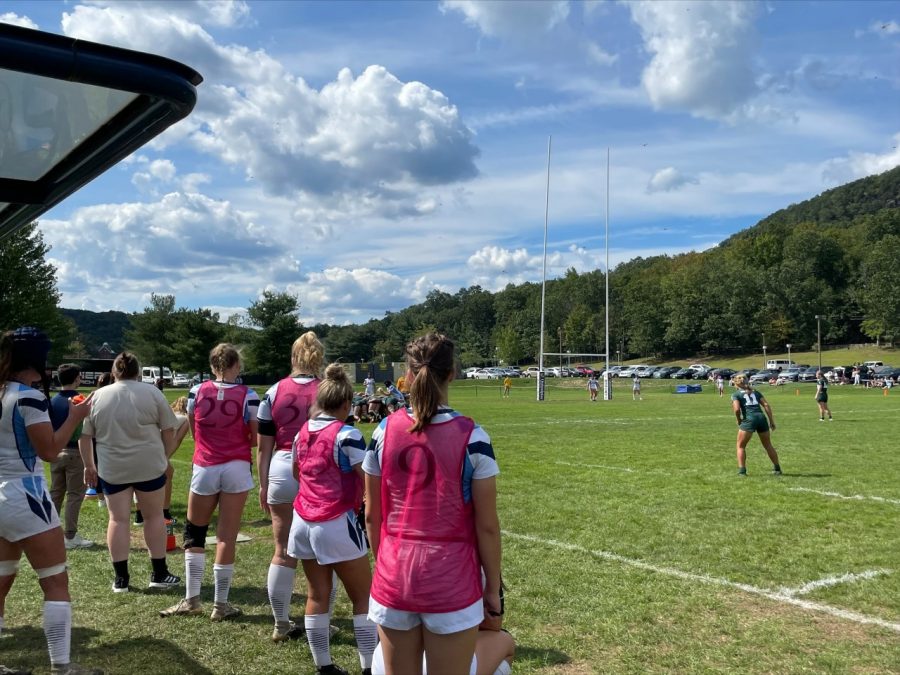 The Quinnipiac rugby team lost by 40 points to Dartmouth on Saturday.

Looking to capitalize on its momentum from a big 48-24 win at Sacred Heart just over a week ago, the Quinnipiac rugby team came into today’s home opener against one of the country’s top teams in Dartmouth with high intensity.

Unfortunately for the Bobcats, that intensity slowly died off in the later stages of the first half, allowing the Big Green to take the game by the reins and run away with it to the tune of a 50-10 victory.

Both teams moved the ball up and down the field early, each getting stopped just short of the try line. A scoreless contest through 20 minutes, Dartmouth’s senior flanker Sophia Haley would find the try zone with just over 15 minutes left to play in the half, putting the away squad up 7-0 after a successful conversion.

Senior prop Seven Sassano and fifth-year center Lilly Durbin would each add a try of their own before the half was up, putting the Big Green ahead 17-0 heading into the final 40.

The second half would prove to be more of the same for Dartmouth, as they put up an additional five tries, with three coming from Durbin, as well as four conversions, before sophomore back Kat Storey finally put Quinnipiac on the board with just under six minutes left in the game.

The Bobcats would add another try in the game’s waning minutes, but it was too little, too late. Dartmouth stormed away with this game, winning by 40 points to improve to 2-0 on the young season as the home team dropped to 1-1.

“I think when you let a team put 50 points on the board, a lot of that comes from their confidence building when you miss scoring opportunities in the beginning of the game,” Quinnipiac head coach Becky Carlson said after the loss. “We were inside their 22 (yard line) two or three times, and we weren’t able to punch it in and that’s what happens, they punish you.”

Prior to the game, a moment of silence was held to honor the memory of First Sergeant Virginia Sweetser, sister of former Bobcat Caitria Sands and veteran of Operation Iraqi Freedom, who died in December. Players on both teams also sported shirts displaying the slogan “IGY6” (I’ve got your back) during warmups.

“She (Sweetser) signed up for the military directly after 9/11,” Carlson said. “So for us, it was a big deal to have ‘I’ve got your back’ on here today, and we were really honored to honor her today at the game.”

Quinnipiac will look to bounce back on Friday Sept. 24 as they hit the road to face off against Army at West Point, who are coming off a 102-5 win against the United States Coast Guard Academy. The game will kick off at 6 p.m.