‘Never forget,’ but what should young Americans remember? 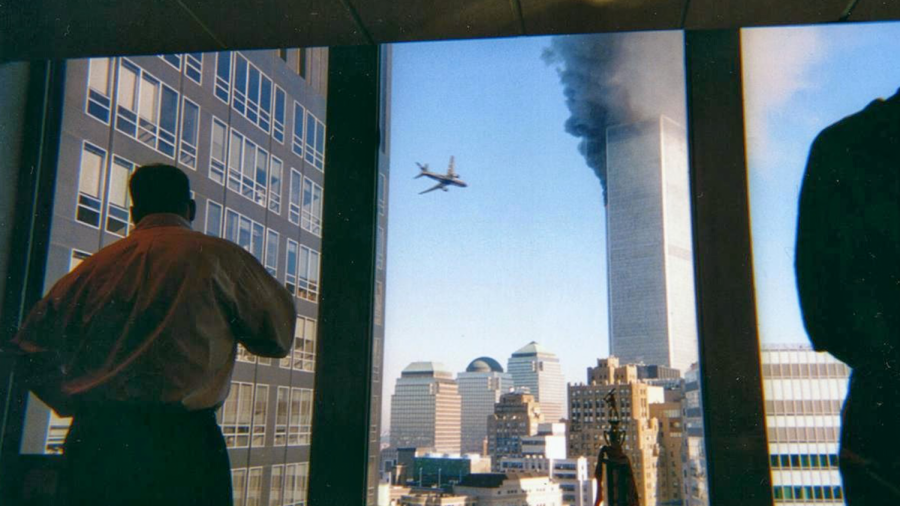 Two decades ago, the Islamic terror organization al-Qaida declared war on the United States after murdering and maiming over 27,000 civilians.

The attack commenced at 8:46 a.m. when five hijackers flew a Boeing 767 into One World Trade Center. Over the next 76 minutes, three other hijacked planes  headed for New York City and Washington, D.C. Two were successful in their mission, one was not.

By the end of the morning, the twin towers collapsed and both the Pentagon and a field in rural Pennsylvania were burning. When Americans went to sleep on Sept. 11, they had to confront a completely different reality than the one woke up with.

Now an entirely new challenge confronts us. Some American adults must commemorate the anniversary of an event they were not alive for. We are told to “never forget,” but what ought we remember?

At first, this may seem like a simple question. Just say that people who hated America hijacked the planes and used them as missiles to target American civilians. These statements are true, but what do they mean to voters who have never lived in the Sept. 10 America where such actions were unthinkable?

This clash of visions produced a sterile list of facts for third-graders to remember. When did it happen? Who did it? How many people died? These were things we were expected to know, but never taught the true meaning of.

The sacred dead are more than a statistic. Why are they relegated to only a bell toll in Manhattan and a moment of silence once a year?

My family was close friends with New York City Fire Department Lt. Charles Garbarini. His boundless optimism and humor adorned his business card, which read “You light ‘em, we fight ‘em.” That morning, he and the other men of Battalion 9 hurtled down Eighth Avenue towards the financial district.

When the towers collapsed, my father was standing on the back of a ferry boat speeding away from downtown Manhattan. As the smoke rose, he turned to a friend and asked, “how many firemen do you think just died?” America’s long list of fallen heroes gained 343 firemen that morning, Garbarini among them.

In the center of my home of Middletown, New Jersey, there is a train station that takes hundreds of people on the commute to New York. After news of the attack reached cable sets in suburbia, the missing had to be identified. In an age before instant communication, Middletown Police walked through the train station parking lot writing down the license plates of abandoned cars.

Next to that station is a memorial garden. The shaded walkway has headstones for each of the 37 Middletown residents killed on that fateful day. On a per capita basis, that’s more than any other town besides New York City.

I grew up in an environment many Americans never had to. There were friends in my school born after the attacks that never met their fathers because of them. Everybody knew somebody who died, and the day continues to be one of quiet reflection. Banners with the American flag and “never forget” adorn street lamps all across my town, but again, what are we supposed to remember?

The Islamic terrorists despised the American way of life. In his 1998 “Letter to America,” Osama bin Laden claimed our country was a “paper tiger” incapable of standing up to moral opposition. He predicted that America’s status as the shining city on a hill was waiting to be exposed as a façade after a decade-long Cold War victory lap. If that could be challenged, the idea of American unity and greatness would come crashing down along with our national security.

Over the next two decades, we invaded Iraq and Afghanistan, killed bin Laden and brought much of the world together to fight the war on terror. This new generation learned these facts before they left elementary school. They know what America fought against, but they have no memory of the country we fought to defend.

We have slowly but surely lost our civil liberties over the past 20 years — must our national pride be taken away too? In July, just 26% of young Americans said they were extremely proud to be American, according to a Gallup poll. It is practically taboo to speak well of America’s past or anyone in the political scene.

Come to think of it, have these young Americans seen any moment of national unity since they left elementary school? Today’s college freshmen were in fourth grade when Hurricane Sandy brought us together.

Now more than ever, we are approaching bin Laden’s goal of a “Divided States of America.” He told us that we have greatly sinned and must kneel before our moral superiors. In al-Qaida’s courts of so-called justice, the accuser crowned themself judge, jury and executioner. The defense never received the opportunity to take the stand.

We stand on the precipice of completely tearing apart this country from within. Last summer, people looted and burned our cities, cloaking themselves in the same banner as righteous protestors marching against police brutality. In January, the dregs of the Republican Party stormed the Capitol while Congress was in session. Is our civil society to collapse in on itself in such an embarrassing fashion?

In their final moments, perhaps those sacred dead gave us a guiding light to follow. Al-Qaida hoped to show that America’s evil empire would crack under pressure. Instead, America’s greatness shined through and we showed the world that Americans were a force of good, not evil. In the midst of the worst terror attack in recorded history, hundreds of people rushed into the fire and ashes to save those they did not know. It’s cliché to say, but no one cared if the ash-covered survivor in front of them voted for Al Gore or George W. Bush. When the smoke cleared, we needed each other more than ever before.

If anything, remember this: love thy neighbor. Twenty years after that horrific day, it’s something we seem to have forgotten.