Why has parking become such an issue at Quinnipiac? 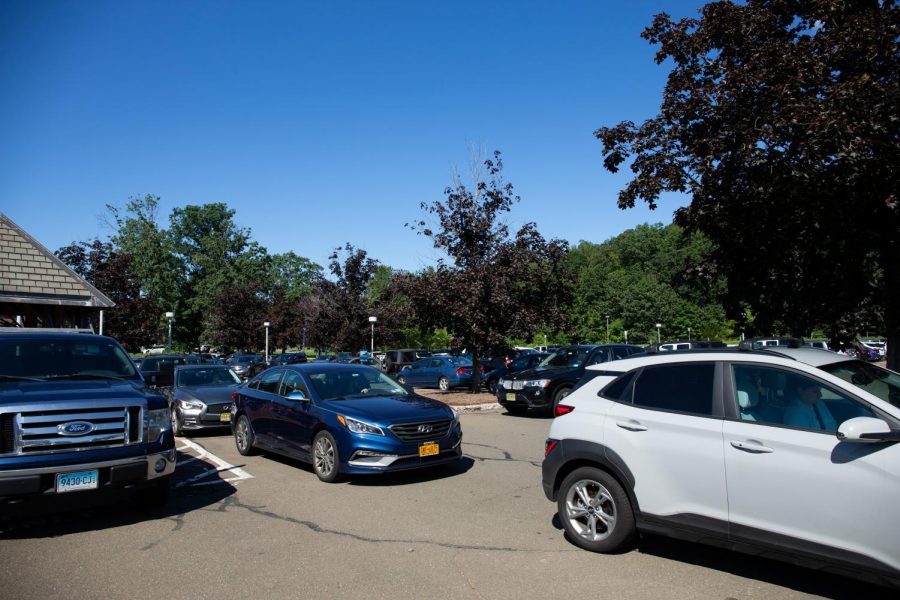 I came to Quinnipiac University in 2019. As a first-year student, I did not have a car on campus. However, I do not remember many people having qualms with the parking system.

Last year, I moved to York Hill and chose to bring my car rather than rely on the shuttle system to get to class. In general, I had no problems getting parking spots, even during peak hours. There were some times where I cut it close to getting a spot before class, but they were in the minority.

This year, however, the game has changed.

On Monday, Aug. 30, I left my dorm room at 8:30 a.m. and left York Hill by 8:45 a.m. When I turned onto Whitney Avenue, my jaw dropped. The line to get into North Lot was backed up past the intersection of Whitney and Mount Carmel avenues. It took almost ten minutes to make it to the four-way stop of Mount Carmel Avenue and New Road.

At that point, I chose to park in Hilltop Lot rather than risk being late for my 9 a.m. class. I ended up still being late for class as Hilltop Lot is on the complete opposite end of campus from the Center for Communications and Engineering (CCE), but it was my only option.

Since then, the lines haven’t been nearly as long, but parking is still a problem. If you show up to campus after 9 a.m., you will see students parking on the grass, double-parking and even paying to park at Sleeping Giant State Park to avoid being late. Both Hogan and Hilltop lots are packed at this time as well.

These parking problems have the potential to become a safety concern. While trying to find parking in the North Lot on Wednesday, I noticed that every row of spots had people double-parked on the end, making one-way paths to maneuver cars through. I almost got into an accident because it is almost impossible to see past these double-parked vehicles.

After the temporary closure of Hogan Lot last year, they were permitted to park their cars in the North Lot. However, the original permit rules regarding Mount Carmel campus residents either have not been reinstated or are not being reinforced. Students have not received information about their parking permits as of publication.

While I do understand that the first few weeks of the semester usually bring some disorder to campus, we have not seen the Quinnipiac administration address these problems.

Things could get worse, too. The administration wants to take 145 spots out of North Lot to build new tennis courts despite perfectly usable ones being demolished with the construction of the new recreation center. If the parking situation on campus is already bad, this move would make it so much more intolerable.

These issues do not even touch on the controversy last spring regarding commuter parking. Administration made the decision to charge commuter students $90 per semester to park on campus beginning in fall 2021. After protests from the commuter students, the fees were delayed to spring 2022, but are still happening.

Why is parking such an issue all of a sudden? It is incredibly frustrating to me that students are voicing their concerns about parking on campus, yet the administration does nothing beyond encouraging those coming to campus to carpool, bicycle or walk to campus.

We pay so much to come here to learn, but we can’t learn if we can’t find a spot to park.