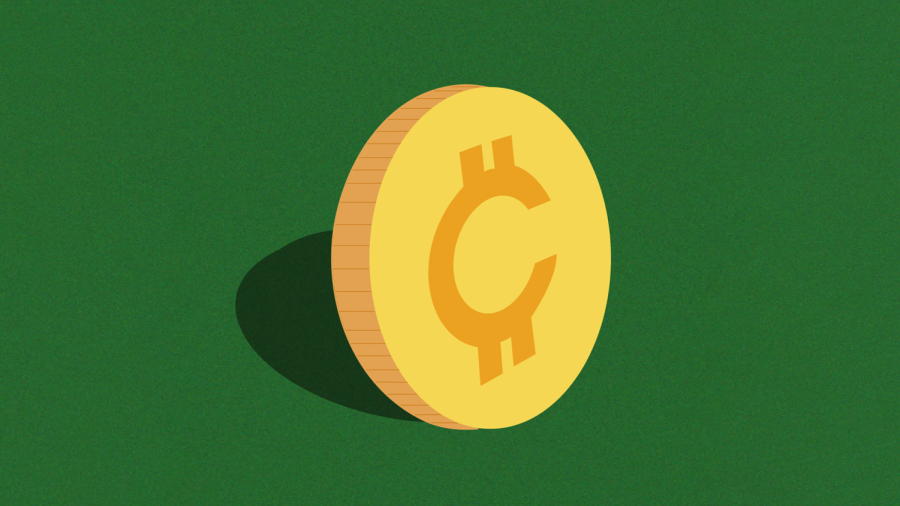 The world is currently in a climate crisis.

According to the National Oceanic and Atmospheric Administration, there were a record-breaking 22 separate billion-dollar natural disasters in the United States in 2020, costing a combined $96.4 billion. In 1980, only 40 years prior, there were three.

New culprits of these rapidly rising temperatures are cryptocurrencies and non-fungible tokens (NFT).

The energy used to mine crypto alone is enormous. In fact, if Bitcoin were a country, it would rank No. 33 in the world in energy consumption, right behind the Netherlands and the United Arab Emirates, according to the Cambridge Bitcoin Electricity Consumption Index. That’s not even counting Ethereum, a cryptocurrency used in NFT transactions.

And this isn’t mining like you would see at the side of a mountain. It’s using thousands of high-performance computers solving very difficult and complex math problems. These aren’t just regular laptops or PCs mining for crypto. Computers mining crypto use top-of-the-line graphics processing units (GPU) that cost thousands of dollars each. This has led to a worldwide GPU shortage, with the average buyer not being able to purchase an integral part to a new computer. This has driven up prices, and caused manufacturers to scramble for a fix.

All of this mining creates massive amounts of carbon dioxide which is polluting our air, destroying what’s left of our ozone layer and warming our atmosphere. Crypto uses so much energy that Elon Musk, who was a staunch supporter of crypto, announced that Tesla will no longer accept Bitcoin as payment, citing the “rapidly increasing use of fossil fuels for Bitcoin mining and transactions.” After that, Bitcoin’s price dropped by 10%.

The same can be said for NFTs.

NFTs are meant to show the originality of a unique item. For example, an image online can be replicated thousands of times by random users, but an NFT denotes the original file or image. It’s like the difference between the real Mona Lisa, and a poster of it that you can buy at a gift shop. However, that’s not what it’s like in practice.

If you buy an NFT, you still get the same JPEG that everyone else can download, except you also get a line of blockchain that says you alone own the original. That’s it, just some random letters and numbers in a big line of code.

NFTs have been heralded as a great way for digital artists to monetize their work, and that part is true. Digital images have been sold for tens of millions of dollars, all for just a digital proof of ownership. If that is worth millions of dollars and tons of carbon dioxide through the transaction, then the world is doomed.

Because therein lies the problem. NFTs and cryptocurrencies were heralded as a great way to break the limitations of our physical world. The thought was that as we move into a more digital era, so should our art and our money.

Instead, what they turned into was just a get-rich-quick scheme that is destroying the planet.

NFTs are sold at ridiculous prices, similar to that of classical paintings in auctions. Companies and influencers can slap together a few pixel images, call it high art, gain a reputation through their fans or investors and sell it for millions to some rich person with money burning a hole in their pocket.

Take the incredibly famous CryptoPunk NFTs as an example. CryptoPunks are 10,000 randomly generated pixel images of different cyberpunk faces. The lowest price for one is currently at $378,725.30, according to Larva Labs. In total, over 13,000 sales are valued around $1.24 billion.

So much could be done with that money. That money could house the over 23,000 homeless people in Los Angeles. Instead, it’s used for practically worthless lines of blockchain.

Cryptocurrencies are similarly useless, as they’re treated more as a stock on the New York Stock Exchange than they are some revolutionary way to transact money.

Take the infamous DogeCoin for example. When people were chanting “To the moon,” in hopes of DogeCoin hitting one dollar in worth, do you think they were doing that in hopes that it would lead to the decentralization of banks? No. A majority of investors just wanted their stock to soar and to make more money in turn.

Most recently, the famous esports organization FaZe Clan was caught in a large scandal after several of its members were promoting a scam cryptocurrency that was marketed as a way to “save the kids.”

When it grew in price and popularity, they quickly sold their stock, making hundreds of thousands of dollars, while their fans who bought into it were left with nothing.

The truth of cryptocurrency is that the people profiting from Bitcoin’s stock soaring are not the everyman who has a few bucks in the currency, it’s the millionaires who can afford to pay egregious prices on a volatile market.

In typical rich-people style, temporary monetary gains outweigh permanent environmental losses. And who will pay the price for their actions? Poor people, of course.

When Hurricane Katrina ravaged New Orleans in 2005, homes were completely destroyed and thousands of lives were lost, and poor Black residents were hit the hardest, with years of their lives washed away. This was seen as a once-in-a-generation type of storm — until Hurricane Harvey made landfall in the same area again in 2017, and then Hurricane Ida came just over a week ago.

Climate change, and by extension these cryptocurrency and NFT operations, will make these disasters worse and much more frequent. As our atmosphere and oceans get warmer, wind speeds will increase and hurricanes will grow larger.

Cryptocurrencies, as of right now, are burning away too much energy to be worth the benefits, and it seems that these concerns are an afterthought in the push for technological progress. Creators of cryptocurrencies are too busy thinking of whether or not they could, but they didn’t stop to think if they should.

Maybe the future really is in crypto, and this is the start of the future. But in today’s world, crypto is a carbon-emitting powerhouse, and it needs to be stopped before we cause any more harm to our already ravaged environment.